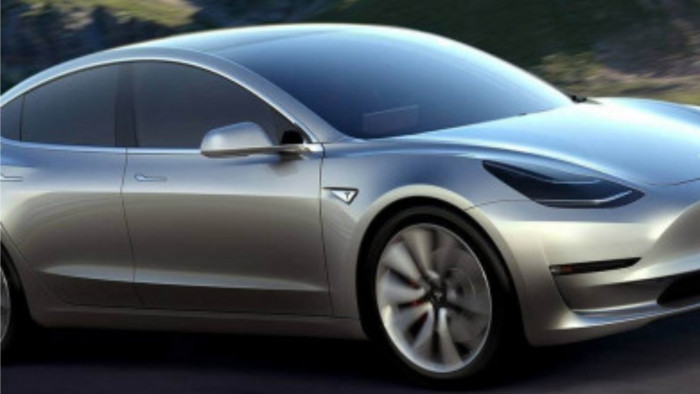 If you hate making small talk with total strangers, then rejoice! Your private Hell of making the bear minimum of contact with another human is soon to be over, if you believe Tesla and SpaceX CEO Elon Musk’s ambitious for self-driving Teslas.

Musk told his audience at the company’s Autonomous Day that Tesla will have over a million self-driving Teslas ready to ferry people from A to B (and maybe even C if the price is right) by the end of next year. “I feel very confident predicting that there will be autonomous robotaxis from Tesla next year — not in all jurisdictions because we won’t have regulatory approval everywhere,” Musk said in a presentation attended by TechCrunch.

So who would operate this network of robotaxis? Well, you would. Assuming you’re rich enough to own a Tesla. Musk explained that all the latest vehicles have the self-driving chip built in, just waiting to be activated.

In other words, your car could finally start paying its way, moonlighting as a self-driving taxi, in exactly the same way I imagine KITT did in downtime between Knight Rider episodes. All Tesla asks for in return is a 25-30% cut of fees. Which is actually quite a big ask, now I write that down, but hey: you were earning nothing before, right?

“From our standpoint, if you fast forward a year, maybe a year and three months, but next year for sure, we’ll have over a million robotaxis on the road,” Musk said. “The fleet wakes up with an over the air update; that’s all it takes,” he added.

Two possible caveats: firstly, you’ll notice Musk talks a lot about regulations. Governments and local authorities are a bit suspicious of letting self-driving cars run hog wild in their cities, so you’d imagine it’ll be a small rollout, at least while the cars prove they can be trusted.

Secondly, Musk’s estimates have been quite ambitious in the past. This is, after all, the same Elon Musk who plans on having the first humans on Mars in seven years’ time. The man likes a challenge, you’ve got to give him that…