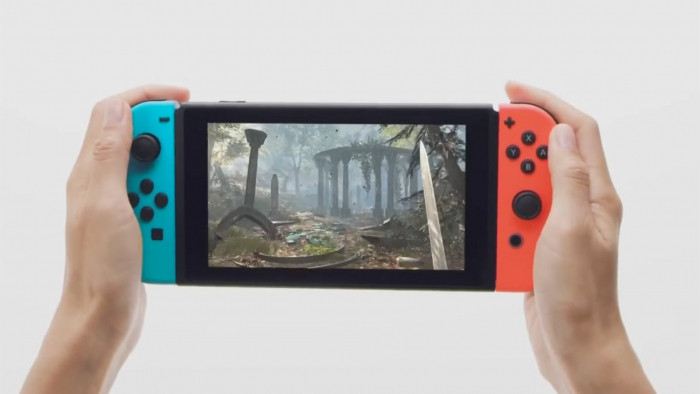 Seasoned gaming fans know to be excited when E3 rolls around each year. An annual entertainment expo, the conference is often home to some of the most exciting announcements in gaming.

And this year was no exception. Microsoft announced a new Xbox console, coming in 2020. Keanu Reeves shocked everyone by turning up to reveal his involvement in Cyberpunk 2077. Microsoft gave more details about its cloud gaming system. All exciting stuff.

But one particular announcement caught our eye – Bethseda revealed The Elder Scrolls: Blades is coming to Nintendo Switch later this year.

Blades has been available on mobile since early this year. It lets you go on quests, build and customise your own city, take part in battles with friends and in-game characters, and explore a literally never-ending open world. It’s a pretty impressive addition to the iconic games series – and is also, importantly, free.

The Switch version of the game will share these traits – including being completely free to play. And you’ll be happy to hear any progress you’ve made in the mobile game will be carried across to the Switch version. You won’t have to start all over again.

For anyone without a Switch, there are still some goodies for you – a huge new quest has also been added to the mobile version following the announcement.

Blades for Switch should be out later this year, around autumn time.

But until then, we’ve got you sorted – here are the best Nintendo Switch games to keep you going.