The cycle-based fitness craze is taking things up a gear. 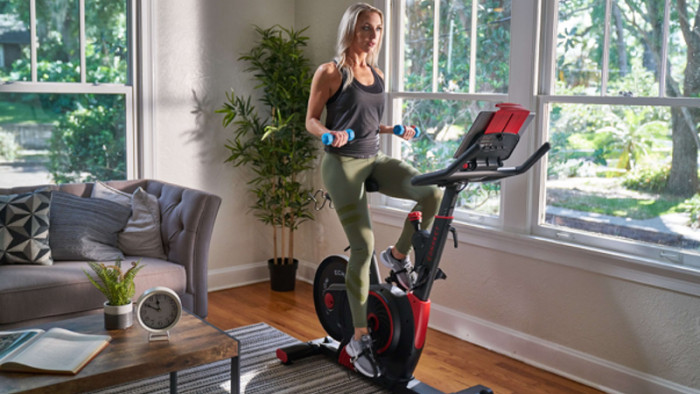 Peloton is trying hard to lure in new customers ahead of the new year (yup, Peloton Wife is still hanging around) but competition is stiff - particularly given there’s a new cycling app on the block in the form of Echelon Fitness.

Having launched across the UK in time for the New Year, the concept follows the trend of bringing live studio fitness experiences into your home.

The company aims to conquer the fitness world ‘through smart innovation at affordable prices’ which suggests that the price point might well be lower than rivals like Peloton.

The press release states ‘The partnership will prove that good design isn’t determined by price and it doesn’t have to be expensive. It is an exciting opportunity to soon deliver the best possible user interface experience.’

The package then allows users to access live classes led by instructors via the app, alongside having the bike delivered direct to your door (as opposed to some other obscure location, we’re assuming).

The brand recently launched the Reflect 50” Touchscreen, which is said to be the industry’s first touchscreen fitness mirror bringing personal training into your home for everything from boxing to yoga.

There’s even a leaderboard - which we feel we might get a little too competitive about - to battle it out during workouts.

There’s also an upgraded EX-5S model that features a 21.5” HD touchscreen that can be rotated 180 degrees for off-bike exercise.

It’s all a little incestuous really, given that Echelon Fitness has also recently confirmed a partnership with Eric Villency - a design group that has also worked with both SoulCycle and Peloton.

Whether the concept takes off? Well, it might all depend on dropping another viral advertising ploy.