Divorced in three minutes - is this the shortest marriage in history? 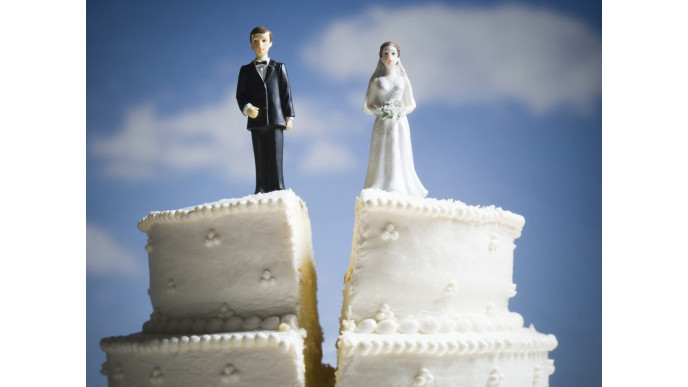 A couple in Kuwait reportedly got divorced after just three minutes in Kuwait last month, in what is believed to be the shortest marriage on record.

The couple hadn’t even left the courthouse where their nuptials had taken place when the woman tripped over and fell. Instead of helping her up, her new knight in shining armour called her ‘stupid’, so she marched straight back and demanded a divorce from the judge who had just married them.

Fair play, but we can’t help feeling like there might have been some underlying feelings of resentment there already if this is what set her off.

Q8 News reported that this was the fastest divorce in the history of the country and, likely, the world.

There has been some speculation however, that this may not be all as it seems. In Kuwait the divorce rate has skyrocketed in recent years, since the government began offering financial incentives to newlywed couples - so many people are getting married for the benefits and then divorcing, better off.

We’re not sure this couple have thought this through if that’s the case though. Either that or they’re both very fast at typing and managed to apply for their new financial gains in the 180 seconds they were in wedded bliss.

More likely the bride was looking for any excuse to get rid of him, perhaps she even faked the trip - like a bridal version of Neymar?

With that in mind, here are the best excuses for a divorce we’ve ever heard:

Because she was possessed by the devil

Yes that’s right, an Italian man filed for divorce in 2017 claiming that his wife had shown behaviour that was in accordance with being possessed by evil spirits. He also claimed that this strange activity had been going on for ten years though, so maybe he’d just had enough of her not washing the dishes but decided to go for the devil thing instead.

Because his penis was too big

’Oh woe is you!’ You might think at first, when reading this headline, but in 2015, a Nigerian woman filed for divorce after sleeping with her husband for the first time after they’d got married, and described the experience as a ‘nightmare’. Despite trying multiple times, she couldn’t face doing it again, and a court granted her a divorce. The best part about this story is that, according to the New York Post, ‘The well-endowed husband did not deny the accusation.’ Of course he didn’t.

Because he never texted back

A woman in Taiwan was granted a divorce because her husband never replied to her text messages. Apparently she even contacted him to tell him she was in hospital and still received no response. Being left on ‘seen’ should be a crime punishable by divorce in every country and we will stand by this. JUST REPLY. Especially if it’s your spouse.

….and let’s not forget possibly the most understandable and logical one we came across:

Because he was going to vote for Trump

A sound reason if ever we’ve heard one, why even waste the court’s time?