Get ready for cute yarn, floating babies and terrified cats 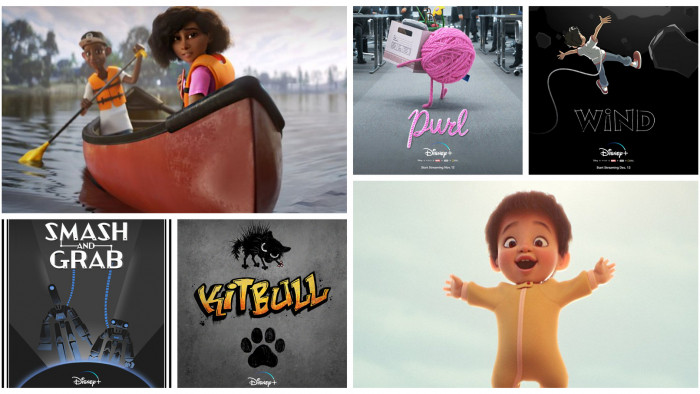 Pixar shorts were designed with the uncanny ability to tug at the heartstrings. Not only do they bring a tear to the eye of even burliest bodybuilder, but their short and sweet nature makes them the perfect pint-size watch. So, understand, we got a little overexcited when Disney announced that 6 new Pixar shorts were set to be available on Disney+ at launch.

Entitled Smash and Grab, Purl, Loop, Kitbull, Wind, and Float, the six titles will all be made available on November 12 when the platform launches.

Purl, you guessed it, features a fluffy ball of string - alongside a host of other yarn-related content - and was released as promotional material alongside the full-length animations

Kitbull and Smash and Grab earlier this year.

The news was published by Disney on Twitter, who announced the release by unveiling poster images of the various animations.

Forming part of Pixar’s experimental SparkShorts concept, the idea behind the new animations was for them to be a means by which Pixar employees could tell more personal stories.

Float is a tale of a father attempting to keep his child's ability to flat a secret - and comes as something of a milestone for Pixar, who have featured the studio's first Filipino characters.

Kitbull on the other hand is a 2D short - something of a rarity from the studio - featuring, well, plenty of cats.

“We went down this endless rabbit hole of watching endless kitten videos and they just became a real outlet for her,” producer Kathryn Hendrickson said of writer/director Rosana Sullivan.

Smash and Grab on the other hand is directed by Brian Larsen and tells the tale of two antiquated robots who attempt to break free from the shakells of their monotonous roles.

It’s an ingenious move by Disney, as Pixar’s family friendly shorts have never been more popular. Some have even gone on to become bigger than some cinema releases in their own right - remember Bao?

The news comes short-ly after Disney announced that Fox-produced shows - like our yellow Springfield dwelling friends, The Simpsons - would also be available to view on launch day.

Not long now before Disney+ hits US screens (yeah, yeah, the UK is still waiting) - exciting times ahead!