Disney Plus releases concept art ahead of new Marvel shows

The best look yet at Hawkeye, WandaVision and more 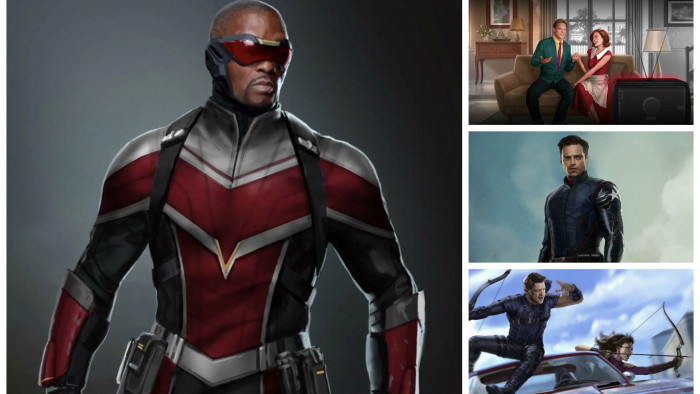 After months of anticipation, Disney+ is finally here (well, in the US anyway) and while there is a plethora of new and original content, fans are a little upset at the lack of new Marvel shows.

The streaming service did also recently move forward the release of Avengers: Endgame on Disney+ to launch day (November 12), but no new original content is expected until late 2020.

However, to lessen the blow, subscribers can watch Marvel Studios: Expanding the Universe - a 12-minute special that essentially previews all the shows that will be coming to the streaming service.

In it, you’ll find out about the eight shows currently in development including Falcon and The Winter Soldier, WandaVision and the Hawkeye TV series, too.

There’s a lot of concept art, plus footage from San Diego Comic-Con 2019 and Disney’s D23 Expo.

The concept art for Falcon and The Winter Soldier - starring Anthony Mackie and Sebastian Stan - shows new costumes for their characters.

Filming on the TV series began earlier this month, with Mackie sharing a photo from behind the scenes, though don’t expect to see the final product until Autumn 2020.

We’ve got a little longer to wait for that one as that’s not expected for a couple years yet, with the current release date being Autumn 2021.

Finally, we only have one piece of artwork for WandaVision but it shows Wanda and Vision sat in what could be the perfect suburban house.

The concept art was part of a poster released at the D23 Expo - so it's not completely new, but we do now have a much better look at what to expect from the show due out in Spring 2021.

Disney+ isn't completely devoid of the MCU though, as Captain Marvel, both Guardians of the Galaxy films and the Iron Man trilogy are all available to watch now.