Yeah, this isn't a movie that would be made today. 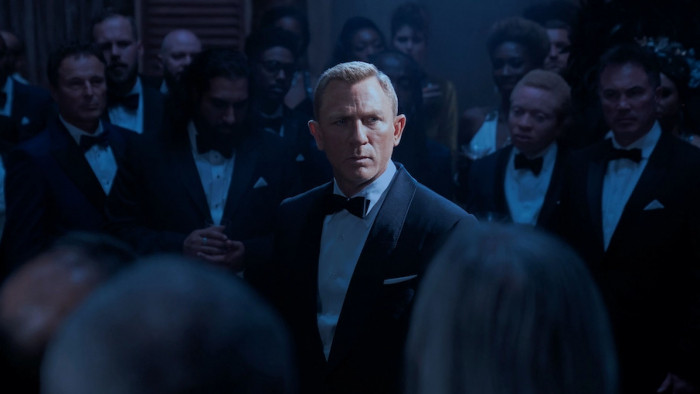 Danny Boyle has finally revealed what his version of James Bond would have been, opening up in a recent interview about his short time as a Bond director.

The history of No Time To Die heading to the big screen is a convoluted one. Before Covid delayed the film for over a year there was another big change that threatened the production: the departure of original director Danny Boyle.

For many, the idea of Boyle doing a Bond movie was a dream come true (and here's hoping he's drafted in whenever the franchise makes a comeback).

The director has brought us wide-ranging movie fare, from Trainspotting to 28 Days Later, by way of Slumdog Millionaire. He has an eclectic taste in the movies he makes, but rarely loses his stylistic flourishes while making them.

The departure was announced in 2018 and it was thought that any big delay may mean the end of Daniel Craig as Bond. This didn't happen as US director Cary Joji Fukunaga was quickly brought in, helming the film instead.

The result was a triumph, a fitting end to James Bond as we know. But what would Danny Boyle's vision for Bond have been?

Well, now we have an idea, thanks to a recent interview. Speaking to Esquire about his upcoming Sex Pistols TV show, Pistol which is coming to Disney+ 31 May, Boyle opened up about Bond saying that the movie "would be very topical now". The reason: it was going to be set in Russia.

From Russia with love lost

“I remember thinking, ‘Should I really get involved in franchises?’ Because they don’t really want something different,” said Boyle about being apprehensive about taking on Bond.
“They want you to freshen it up a bit, but not really challenge it, and we wanted to do something different with it."
He continues: “Weirdly, it would have been very topical now. It was all set in Russia, which is of course where Bond came from, out of the Cold War. It was set in present-day Russia and went back to his origins, and they just lost, what’s the word…they just lost confidence in it. It was a shame really.”

In the end, Barbara Broccoli thought that Boyle and writing partner John Hodge's vision wasn't quite right for Bond 25 and the franchise went in a different direction.

Given the situation in Ukraine right now, the new Bond movie would have been a political hot potato if released as was originally intended. But, as Boyle notes, Russia has always been in the DNA of Bond - with many arguing that From Russia With Love is in fact the best James Bond movie.