Cold War Steve on Twitter, Trump and his brand-new show

Exclusive interview with the best satirist around right now. 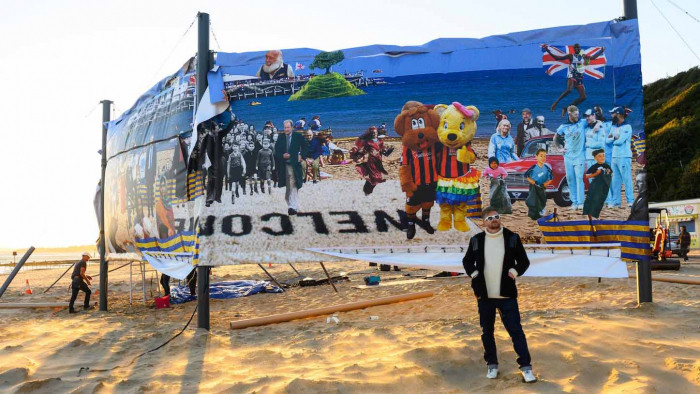 There was only one thing we were waiting for on US Election night. No, not the result but just what Cold War Steve (artist Christopher Spencer) would make of the situation. That’s just how revered the satirist is right now, on both sides of the Atlantic.

Famed for his collages that have been making Twitter a better place, Cold War Steve has an eye for the obscure. His artwork, Monty Python esque, nails a political moment every time with a laugh-out-loud funny hell-scape usually involving Boris Johnson in a state of duress and undress and world leaders rubbing shoulders with a whole host British TV stars including Jeremy Beadle and Eastenders’ Phil Mitchell.

Beyond Twitter, Cold War Steve has taken his work on a tour of the UK. Followed by a documentary crew, he jumped in his motorhome and visited Medway, Coventry, Liverpool and Bournemouth, showcasing four pieces out in the open. These Covid safe installations were free for everyone to visit and, well, caused a little bit of controversy along the way.

Here we chat to Steve/Christopher, asking him about everything from the show to the hidden symbols in his artwork...

ShortList: The political climate is both ripe for satire right now, but also feels like satire in itself (the Four Seasons Landscaping incident?!), how do you go about making the bizarre even more bizarre?

Cold War Steve: The Four Season’s Landscaping incident was, I feel, the perfect epitaph of the Trump administration - completely fucked up, absurd and somewhat sinister. For my take on the event, I actually added a footnote, explaining that in a very rare moment of sensitivity, I had made a piece which was less dystopian than the original.

SL: You’ve been brilliantly prolific during the current US Election, with some fantastic creations. Do you find your inspiration increases during more politically charged moments?

CWS: For me, the one positive element of these troubling times, is that there is an endless stream of material to work with. It is a bountiful period of history for satirists and indeed any political or protest themed artist. The chief protagonists are grotesque caricatures - both physically and morally - and I am sure that political cartoonists and satirists of the past (such as James Gillray and George Cruikshank) would be equally as inspired today as they were in Georgian Britain.

SL: Twitter has been a great place for your work to be seen - what are your thoughts on social networks, in regards to getting your work out there and the instant reaction you can see?

CWS: Although it can be a toxic arena at times, Twitter has enabled artists such as myself, to have a voice and get our work noticed. As my nascent career as an artist grows - with exhibitions, TV, books etc - I always try and find time to share any new work on Twitter, before anywhere else. It’s the perfect place to release an immediate reaction to an unfolding news story. I always say that the best part of being Cold War Steve is the interaction I have with my Twitter audience - many of whom have been there since the early days. The comments are not only always brilliantly insightful and funny, they have also given me such confidence to keep going.

SL: There’s a very British sensibility to your art - how do people in the US (and other countries) react to seeing people like Steve McFadden and Jeremy Beadle crop up in your work?

I did the cover of Time magazine last year and there was a very surreal email exchange, in which the editors in New York were debating the appropriateness of me including characters that would be lost of a US readership (the likes of sleeping Alan Brazil or Bungle for instance). By and large though, I don’t think it causes too many issues. I have lovely messages from Americans who say that although they have no idea who a lot of the people are, they still love the messages I’m trying to convey.

SL: Tell us about that Time cover? That’s a stunning achievement - did you approach it the same way you do your other work?

CWS: It came completely out of the blue and although it was well over a year ago, it still hasn’t properly sank in. I did have to approach it very differently to previous commissions and there were moments of apprehension - primarily the worry that I may have to compromise my style too much... but then I thought ‘hang on this is Time Magazine, I’ll do whatever they want!’ I had at that time, only just given up the day-job to be a full time artist, so to turn something like that down wouldn’t have gone down well with my wife.

As it turned out, yes I did have to make compromises (although I insisted that Steve, Cilla and Bungle remain), I was happy with the end result. It helped enormously that the art director (Rich Morgan) was a Brit and a fan of my work beforehand.

SL: Your recent installations, and your work at Glastonbury, have given you a chance to showcase your work on a much bigger canvas - do you approach these in a different way to the art we see on your Twitter feed?

CWS: Every composition I create is made to be around one metre wide. I always have to accept however, that most people will only ever see it on nothing bigger than a phone screen. This is fine - viewers can zoom in on certain aspects of the piece and share bits that they like best - but seeing a work massive for the first time completely blows me away. All the little subplots, characters and symbolism become clearer - and at risk of sounding incredibly pompous, you can stand back and properly consider the entire composition.

SL: It would be great if we could get a rundown of what some of the pieces you have recently shown in Bournemouth, Liverpool, Coventry and Medway mean to you.

CWS: For my film with Sky Arts (Cold War Steve Meets the Outside World) the grandest new work I did was for Bournemouth. It was a colossal 25-metre-wide, 10-metre-high windbreak on Boscombe beach. It is a two-sided artwork, one side is bright and jubilant - a celebration of a welcoming, compassionate, diverse Britain. The reverse side is the polar opposite. I depict what I feel to be a dark underbelly of hate and intolerance which is growing and threatening to wipe out the ‘bright’ side of the windbreak.

You can see in the film that this ‘darker’ side was censored by Bournemouth Council and we had to cover it in black plastic. This was hugely disappointing for me, as I had poured so much energy into creating it. It also contains themes and issues that I feel need to be talked about right now - not simply brushed under the carpet (or covered in black plastic).

My favourite stop of the tour was the city of Liverpool (where we displayed an enormous ‘Trumpscape jigsaw’ in front of the magnificent Liver Building). Such a welcoming city and there was never any concern that the council up there would object to my work!

For Coventry I created a giant postcard, which we delivered by barge on the Coventry canal (setting off from underneath the Spaghetti Junction in Birmingham, arriving in Coventry basin three days later).

For Medway we displayed 11 giant images around Riverside Country Park. This was a wonderful backdrop for the artwork - the beauty of nature, coupled with crumbling concrete structures of an industrial past and amazing rusting boat wrecks.

SL: What are the Easter eggs we should look out for in your work?

CWS: I’ve never personally referred to them as Easter eggs, but yes my work is full of them! Cold War Steve aficionados will be aware of the hidden symbolism of Lucky Ian the Malayan Tapir, tinned pies, a grey slip-on shoe, a crumbly white dog turd and the occasional pomegranate. They’re all present in the pieces for the film.

I can’t say where, or divulge the meaning of them however… mainly because I can’t remember to be honest. 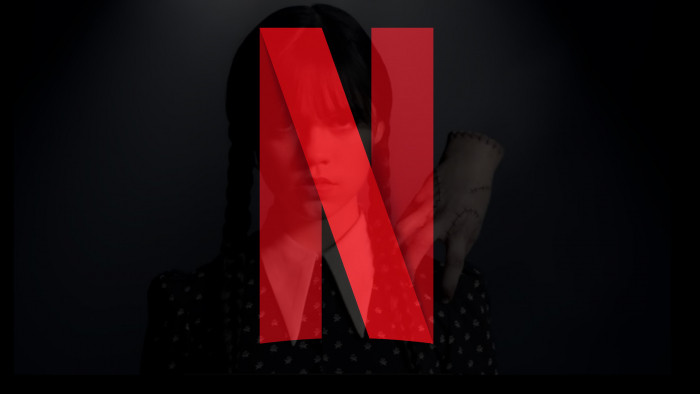