Surprise! Call of Duty mobile is out now on iOS and Android

Something to tide you over before the console release 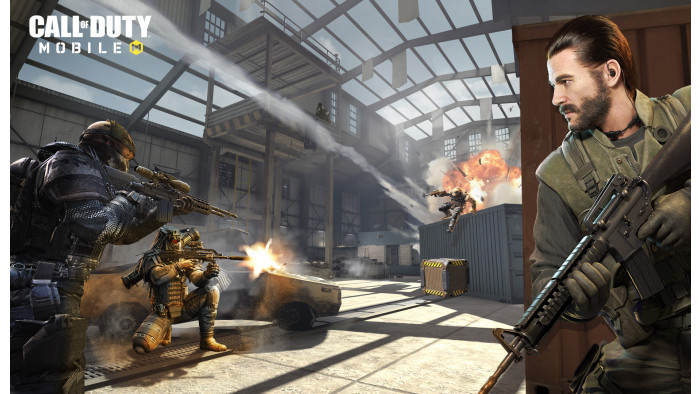 We were all waiting with bated breath for the October 25th release of the latest Call of Duty game on Xbox and PlayStation – but now it looks like we have something to tide us over until we get our grubby little hands on the game.

Publisher Activision has today launched a mobile version of the game for both iOS and Android, which it calls "the definitive, mobile first-person action experience". It's free to play, and apparently "feature rich and brimming with content".

The game brings together "experiences from both the Modern Warfare and Black Ops series of games", with a number of features: a "fully-customizable control scheme", various different play modes, the ability to play as characters you know and love from previous games, and a wealth of weapons to play with.

There's also a "new, sprawling and suitably epic Battle Royale mode" for those many Fortnite fans out there – and you could be playing with up to 100 players, which we hope is as chaotic and brilliant as it sounds.

Other modes include 'Gun Game' and 'Search and Destroy', as well Team Deathmatch, an ever popular mode in previous games that sees objectives done away with in favour of killing every member of the opposing team.

Map wise, you'll have Hijacked and Nuketown as well as another 'huge and unique open map". Playable characters include John “Soap” MacTavish and Simon “Ghost” Riley from Modern Warfare and Alex Mason from Black Ops.

The game will be available from today – and, as mentioned, the console game is set to come out later this month.

The new game is set to be a hyper-realistic look at what modern war really looks like. We'll keep you updated on any news about the game – but until then, why not check out our pick of the best online games?