BrewLDN: UK’s biggest beer festival is here - 5 beers you have to try this weekend

With so much under one roof, it’s hard to know where to start - fortunately, we’re here to help. 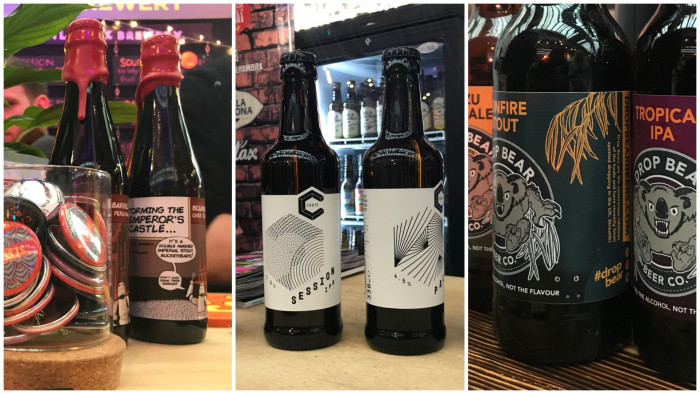 Beer is pretty much considered to be as much of a British staple as Fish & Chips and drizzly weather. After all, there's no better place for a Brit to be than in a pub on a Sunday afternoon.

If the above description is your idea of a perfect weekend, BrewLDN is the place for you. Filled to the rafters with craft beers, ciders and various other alcoholic offerings, your bound to find your new favourite brew.

There's only one problem - with hundreds of beers on offer, how are you meant to find your pinnacle pint? So we decided to head down to the UK’s biggest beer festival to find you the best beers in the business (we're kind like that). These are the five beers you’ll regret not trying.

BrewLDN is on 27-29 February at the Old Truman Brewery. Tickets are still available from the festival's website.

Castle Rock Brewery is a multi award-winning brewery based in Nottingham that loves an experimental brew. This Imperial Stout is actually a collaboration with Emperor’s Brewery, who specialise in dark beers. The result is a stout that’s surprisingly easy to drink with rich flavours of coffee, chocolate and liquorice. Be warned, it has a dangerous ABV of 12.5% so you definitely don’t want a whole pint of this stuff.

This Hackney-based brewery isn’t interested in making overly complicated flavours - the beers are classic with just one of each style available in the range. The Session IPA was a standout for us and unusually for the style, it only has an ABV of 3.6%. Don’t worry though, you still get all that hoppy flavour you expect.

Everything about this brand is laid-back and cool, from the beer to the black and white illustrated bottles it comes in. While you’re in London it’s also worth visiting their brewery in Hackney. Situated by the canal, there’s no better place to enjoy a pint and watch the world go by.

Created at Black Sheep Brewery, the 5 Barrel Project is all about making new beers without the usual constraints of typical styles or ABV. The result? Some fantastic pints that beer-fanatics travel a long way to taste. Our favourite was the Strawberries & Cream Pale Ale - 4.8% Pale Ale that packs a punch of fresh strawberries in every sip. Because of their experimental nature, the beers are extremely limited edition (20 kegs of each) so BrewLDN is one of the few opportunities to get a taste.

Drop Bear Beer Co. is determined to make non-alcoholic beers cool, accessible and, most importantly, tasty. Their Yuzu Pale Ale is certainly all of the above - a vegan and gluten-free beer with the refreshing taste of yuzu added to make it that bit more refreshing. There’s no messing about when it comes to Drop Bear, as unlike many low-alcohol beers theirs go through the whole traditional beer making process so you still get that hoppy beer taste, plus all the ingredients are 100% natural. Perfect for a slow Sunday afternoon.

Back in November, our Editor got called out to California on urgent business - Lagunitas needed him to help brew and name a beer. Of course, because he’s a kind-hearted soul who loves a pint, he said yes. The result of which, an IPA called Hazy Suzanne, you can now enjoy at BrewLDN this weekend. Turns out plenty of people have already been doing so as it’s currently one of the most popular beers at the Lagunitas stand.