BrewDog's 'world's strongest beer' is back for a limited time

Think you can handle Strength in Numbers' 57.8% ABV? 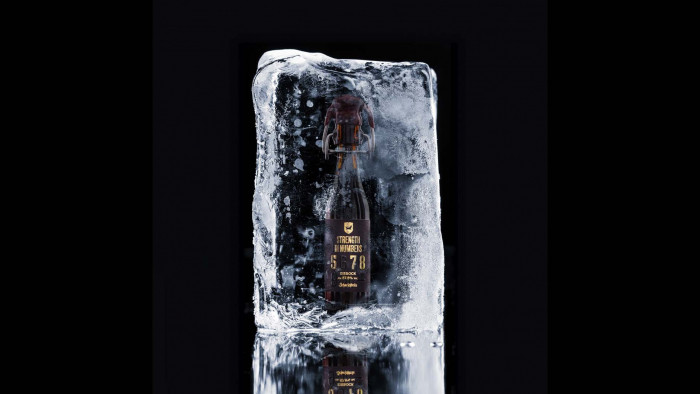 Strength In Numbers is back, the world's strongest beer which has an eye-watering ABV of 57.8%.

This is the second batch of the beer, made in collaboration with Schorschbräu a german brewer that BrewDog once tried to beat in a 'strongest brew' competition a decade ago.

Just how do you brew a 57.8% ABV beer? Well, BrewDog uses the traditional Eisbock method. This is when freeze the beer, remove chunks of ice (water) until you’re left with the concentrated high ABV liquid.

To give the beer a bit of a spin, it features a blend of BrewDog’s Death or Glory, an ice distilled Belgian golden ale that’s been sitting in whisky casks for 10 years.

Because of the exclusivity and rarity of the beer, it costs a whopping £28.95 a bottle - but just think about the bragging rights when you get hold of a bottle.

BrewDog has a long history of brewing high ABV beer. Its most famous is Tactical Nuclear Penguin, an imperial stout that clocked in at 32%.

It also created Sink The Bismark (41%) and End of History at 55%. All of these are brewed in the same way using the Eisbock method.

Someone on Twitter has kindly (not kindly, been a bit of a dick about it) pointed out that this may not be the strongest beer - noting that Snake Venom from Brewmeister is stronger, at 67.5% ABV. We will chat to Brewdog about this but the Guinness Book of Records still consider the strongest beer ever sold the Brewdog's "The End of History" with 55% ABV.- that is as of 2015, so we expect it will be the same with the new brew.

Head to BrewDog now to order some Strength In Numbers. And also check out our beer of the week feature.