BrewDog's single malt whisky gets a frosty reception on Twitter 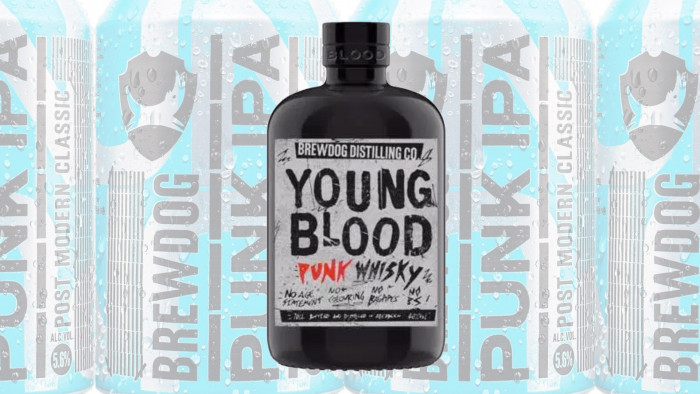 BrewDog is not a company that shies away from attention. Its latest venture will prove no less controversial.

In a now deleted tweet, founder James Watt tweeted the apparent design for a new BrewDog branded whisky. “Messing about with some potential packaging for our upcoming (and delicious) whisky. Here it is in context. What do you guys think?” he wrote.

The look was as BrewDog as you’d expect, with the bottle branded with both ‘punk whisky’ and ‘Young Blood’ logos. "No bagpipes" and "No BS" also appeared on the bottle in graffiti-print.

As you might expect from such a niche and fiercely protected portion of the drinks industry, people were less than impressed, as website FoodAndDrinkScotsman pointed out.

“Stick to the craft beers, BrewDog. Whisky has a well deserved history and tradition,” wrote one tweeter. "The “no age statement” thing is not what Whisky is about.”

“Awful,” said another. “Lacks the heritage you want from a Scotch and looks like a BrewDog parody. Lone Wolf gin was elegant, modern and minimal. That’s crass and tacky. Like grunge fonts.”

No word on when – or even if – the whisky will be released. Either way, it’s sure to get its fair share of attention. BrewDog currently sells four whiskys, but Young Blood will be its first bottle of single malt. It also serves a cracking non-alcoholic beer, Punk AF, which is riding high in our best alcohol-free beer list.