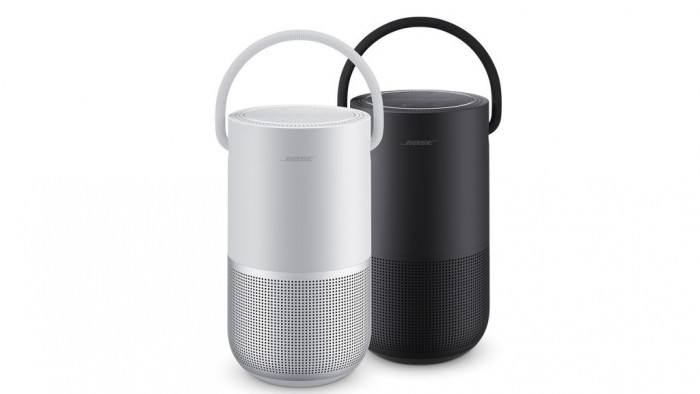 If you’ve ever been to an airport, you’ll know that products from the American audiophiles at Bose are extremely popular. And the company is about to add another speaker to its repertoire of speakers, someone unimaginatively called the Portable Home Speaker.

That doesn’t leave a great deal to the imagination: it’s a speaker for the home which is portable. To emphasise the point, Bose has included a handy handle to carry it around with, making it look like a high-tech version of a Victorian oil lamp.

But while the Bose Portable Home Speaker won’t light your way to the drawing room at night, it does have a few tricks of its own. For starters, it has Amazon Alexa and Google Assistant built in, meaning you can chat to it and get intelligent answers. It also supports both AirPlay 2 and Spotify Connect, as well as the standard Bluetooth.

But Bose is best known for sound quality, and here it should also offer something a little extra too. As well as offering 360-degree sound, the company claims it provides “deeper bass than any other portable smart speaker its size.”

It’ll last 12 hours on a single charge, which means you’ll be able to listen to every Beatles song ever recorded, and still have two hours to start on the Wings or Ringo Starr solo output, should you really not have anything else on your phone.

It’s coming out on September 19, and will set you back a slightly off putting £329. Too rich for your blood? Consult our list of the best Bluetooth speakers for something more wallet friendly.