Some big hitters are on board 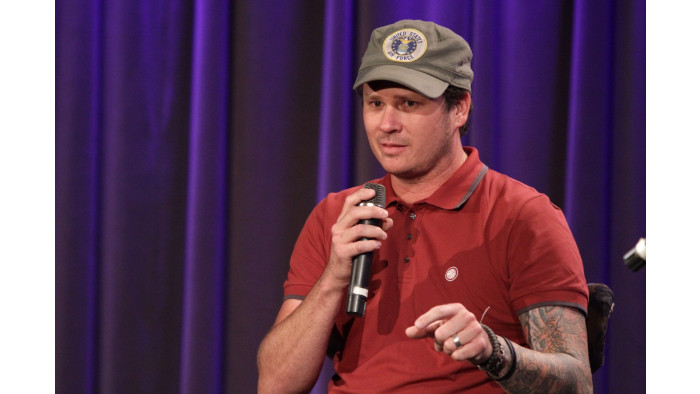 Remember when Blink-182 included a song called ‘Aliens Exist’ on their album Enema of the State? Well, it turns out it wasn’t just a title but a way of life for band member Tom DeLonge.

The guitarist and singer wrote to presidential candidate Hillary Clinton about UFOs back in 2016, and a few months later he was named UFO Researcher of the Year by Open Minds Productions.

This is no casual interest, though, and DeLonge’s work has been rewarded with a new TV special on the History Channel in the United States.

The 20 weirdest mysteries that are still unsolved

DeLonge, who left Blink-182 in 2015, has been confirmed as an executive producer on a new show entitled Unidentified: Inside America’s UFO Investigation.

According to The A.V. Club, the series will include interviews with ex-military intelligence official Luis Elizondo, who claims to have once been in charge of the Pentagon’s Advanced Aerospace Threat Identification Program (AATIP), and former Deputy Assistant Secretary of Defense and Intelligence Chris Mellon

Back in 2017, Elizondo told CNN: “My personal belief is that there is very compelling evidence that we may not be alone”. Both he and Mellon are listed as members of the team at DeLonge’s To The Stars Academy of Arts & Science.

According to the organisation’s mission statement, “To The Stars Academy strives to be a powerful vehicle for change by creating a consortium among science, aerospace and entertainment that will work collectively to allow gifted researchers the freedom to explore exotic science and technologies with the infrastructure and resources to rapidly transition them to products that can change the world.”

The show is expected to provide “evidence” of extra-terrestrial activity, with To The Stars Academy already having shared a handful of videos on its YouTube channel.

If this is a success, perhaps we’ll see the History Channel turn its attention to other conspiracy theories.