Anthony Joshua has revealed his next ring walk music 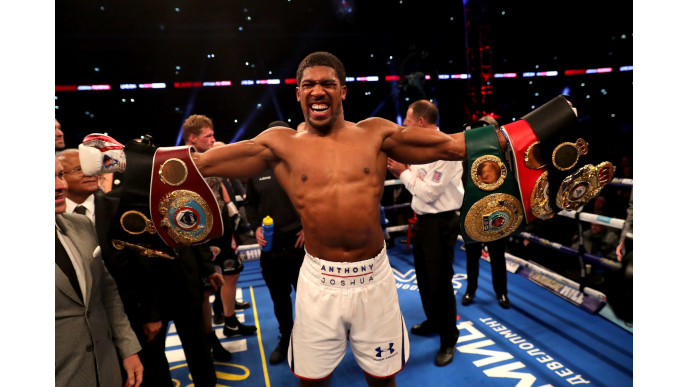 With Anthony Joshua’s next heavyweight title defence coming up in April, there are still a few unanswered questions.

His opponent, for one – though Dillian Whyte and Tyson Fury have been named among a handful of potentials – and then whether he’ll be able to extend his career undefeated streak to 23 bouts after seeing off the challenge of Joe Parker and Alexander Povetkin in 2018.

One of the other big question may just have been answered, though… we may now know his walk out music.

Is this the most positive generation of men in history?

Joshua has promoted British artists in the past, walking out to Stormzy’s ‘Shut Up’ for his first victory over Whyte in December 2015 and welcoming Nines to Wembley Stadium to perform ‘I See You Shining’ ahead of the Povetkin fight.

And he looks to be keeping the British theme (and indeed the London theme) going, hinting that the April fight will be preceded by Russ’ drill anthem ‘Gun Lean’.

Joshua shared a screenshot of the track to his Snapchat account, with the caption ‘Next Ring Walk… COMMMEEE ONNNN’.

Joshua is expected to confirm his next opponent imminently, but he is joining the growing list of sportsmen to bring drill music to the biggest stage.

Manchester United and England footballer Jesse Lingard has already incorporated the Gun Lean move into a goal celebration, with plenty of other footballers doing likewise.

The official ‘Gun Lean’ video has more than 4.5m views on YouTube at the time of writing, with half as many again for the remix video, but AJ could take those numbers to another level.