Feel old yet? Yeah, us too 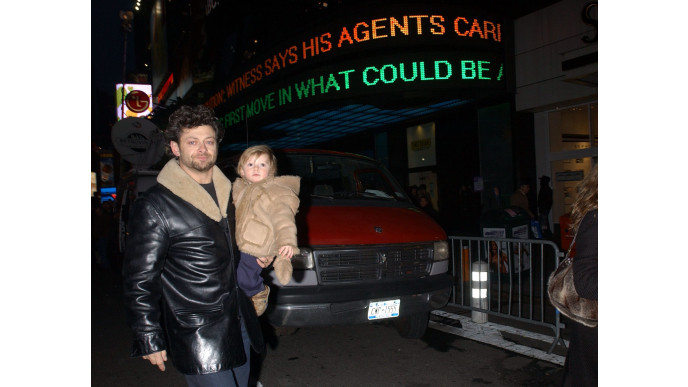 Andy Serkis’ breakthrough role, the part of Gollum in the Lord of the Rings franchise, feels like it happened just yesterday.

However, it turns out we don’t have quite as good a handle on the passage of time as we thought – probably had it all warped by being made to think films should all last 10 hours spread over a three-year period.

As if to ram that point home, since the last of those films landed in cinemas, Serkis has had time to sire a third child, and for that child to grow up, take acting lessons, and earn a starring role in a new film from Attack the Block director Joe Cornish.

This is why youngest siblings always think they're the favourite child

Louis Ashbourne Serkis was born in 2004, after his dad made 13 Going on 30 but before he appeared in King Kong in the title role.

The teenager has had a couple of minor roles to his name already, including in 2016 film Alice Through the Looking Glass, but Cornish’s film The Kid Who Would Be King marks his biggest part to date.

io9 describes the new film as “ tale of a young boy who pulls a sword from a stone and finds himself in a modern reimagining of the legend of King Arthur,” with Ashbourne Serkis playing the boy in question.

The film is Cornish’s first as director since Attack the Block was released way back in 2011, though he has taken writing credits in the interim, most notably for Ant-Man.

The Kid Who Would Be King also stars Rebecca Ferguson (Mission: Impossible – Fallout), Tom Taylor (The Dark Tower) and Patrick Stewart (everything else).