His impact has gone far beyond sport 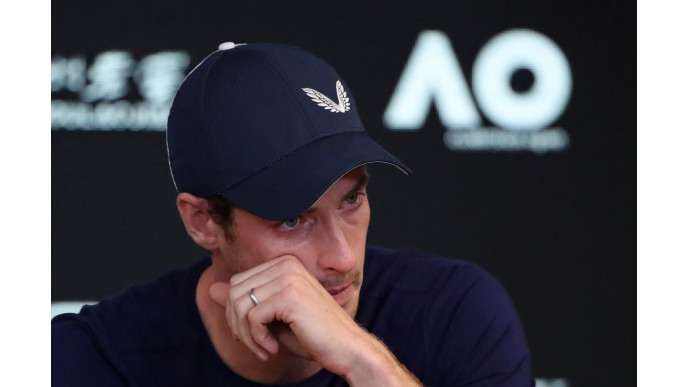 We thought this moment was coming for a while, but it’s finally official – Andy Murray is ready to put a full stop on his tennis career.

The former world number one confirmed, in a tearful press conference, that this year’s Wimbledon Championships would be his last tournament as a pro, after more than 13 years and more than 800 matches on the circuit.

Murray had struggled with chronic pain for the latter part of his career, and missed three of 2018’s four grand slams after hip surgery, but there were still plenty of fans who hoped he would find a way to return to his best.

“Obviously I’ve been struggling for a long time,” Murray said, following a quarter-final defeat to Fernando Verdasco in Shenzhen.

“I’ve been in a lot of pain for what has been probably about 20 months now. I’ve pretty much done everything that I could to try to get my hip feeling better, and it hasn’t helped loads.

“I’m in a better place than I was six months ago, but am still in a lot of pain and it’s been tough.”

“I can still play to a level – not a level that I’m happy playing at, but it’s not just that,” he continued. “The pain is too much, really. I don’t want to continue playing that way.

“I spoke to my team [in December] and told them I can’t keep doing this, and that I needed to have an end point because I was sort of just playing without knowing when the pain was going to stop .

“I said I thought I could get through this until Wimbledon, that’s where I’d like to stop playing, but I’m also not certain I’m able to do that.”

The full transcript can be found here.

Those within the tennis world and outside it have paid tribute to the 31-year-old, who has won 45 career singles titles including three Grand Slams, as well as winning Olympic gold in 2012 and 2016.

He rose to number one in the world as recently as 2016, but by the time of his announcement, time away from the court had seen it fall to 230.

Perhaps the most poignant tribute comes rom Juan Martín del Potro, the grand slam winner and Murray’s opponent in the 2016 Olympic final, who has struggled with injury throughout his career.

Others to pay their respects include Nick Kyrgios, the former Wimbledon quarter-finalist and erstwhile opponent of Murray, who described the announcement as representing “A sad day for the sport and for everyone you’ve had an impact on.”

Former world number one Rafael Nadal and former British number one Greg Rusedski have also paid tribute, with the latter describing Murray as “one of the best athletes, tactician & competitor to grace our sport”.

Praise rained in from elsewhere, too, showing Murray’s impact goes far beyond tennis and even beyond sport.