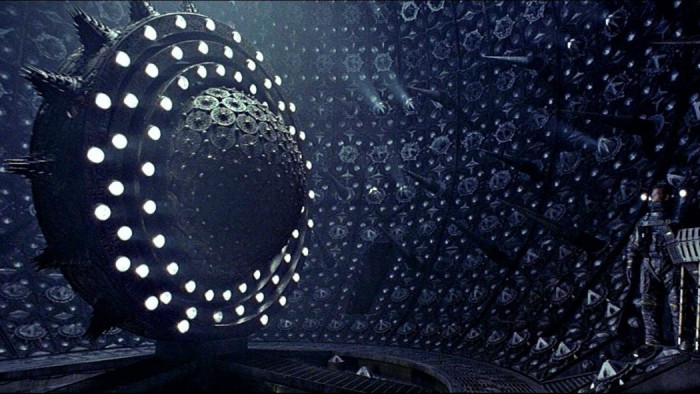 The phrase ‘out with the old and in with the new’ is one Amazon Prime seems to increasingly live by, particularly when it comes to rebooting a cult classic. From Hanna to Suspiria, the streaming giant has been churning out remakes for our seemingly insatiable appetites at a rate of knots.

And it appears they have no intention of stopping. Joining forces with Paramount Television, Variety has learned a series adaptation of the 1997 sci-fi horror film Event Horizon is currently in the works.

A series that will leave you cowering in fear behind your sofa cushions, the adaptation is set to be executive produced and directed by Adam Wingard. You may recognise him as the director behind Godzilla vs. Kong (which is set for release in March 2020) alongside the recent Blair Witch reboot. He was also the director of the not-so-successful Netflix adaptation of anime classic Death Note.

But with Battlestar Galactica and CEO Jeff Bezos’ favourite The Expanse already featuring on our Best Amazon Prime series list, is there room for another sci-fi entry?

Originally directed by Paul W. S. Anderson and written by Philip Eisner, the film tells the tale of spaceship that mysteriously disappears on its maiden voyage after testing a gravity drive capable of creating artificial black holes. A rescue crew captained by Lawrence Fishbourne and the gravity drive’s creator are sent to investigate following its sudden reappearance, only to discover the ship travelled to a grotesquely sinister dimension.

After receiving criticism that the 1997 film failed to deliver on the horror front, the movie actually became a big cult hit.

Back in 2013, leaked images of some delightfully graphic scenes previously resigned to the cutting room floor surfaced. The series reboot could certainly go some way to exploring the holes seen in the original.