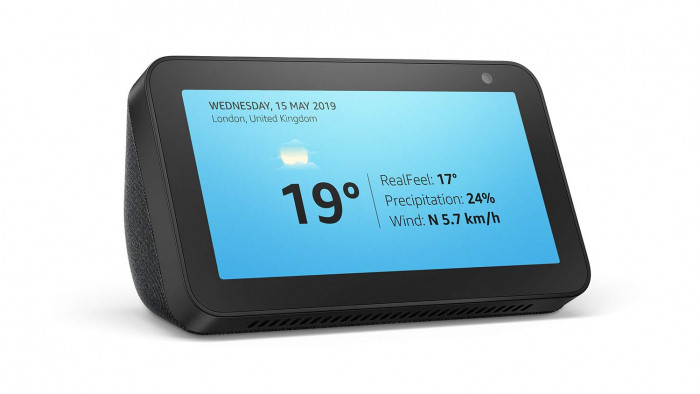 Amazon is always tinkering with its stable of hardware devices, and the latest to get a upgrade is the Echo Show: Alexa’s home away from home.

The previous Echo Show was already one of the best smart displays around, but this offers a couple of things that make it uniquely appealing. The first is the price: while the previous Echo Show goes for £220, the new version will sell for £80, which is a substantial saving in anyone’s book.

It’s pretty obvious how this RRP has been slashed: it’s roughly half the size. The 5.5-inch device is more of a comparison for the £120 Google Nest Home Hub than the 10-inch Echo Show. Between the two pint-sized devices, it’s essentially a question of whether you’re more creeped out by Google or Amazon knowing what you sing to yourself when you think nobody’s listening.

On that subject, the other big change is on the privacy front. As with previous Echos, you can stop Alexa listening with a touch of a button, but the new Echo Show goes one step further: the camera on the front can be physically blocked by drawing a shutter in front of the lens. You don’t just have to take Amazon’s word that it isn’t watching: it physically can’t.

Otherwise, it’s all pretty familiar. You can get Alexa to update you on the news, play music or entertain you with cracker-standard jokes. As it has a screen, you can also get it to play videos, which is especially handy for recipes if you keep one in the kitchen.

The Echo Show 5 is available for pre-order now, and will begin shipping on June 26.