A Goonies TV show is heading to Disney Plus, with a twist 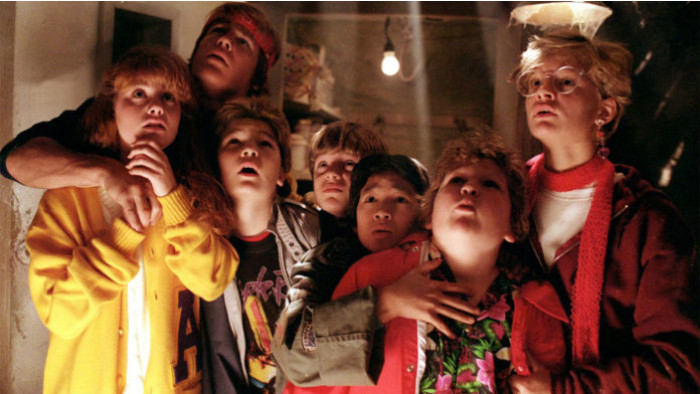 The Goonies is one of the greatest movies of the '80s, directed by the brilliant Richard Donner with Stephen Spielberg's magic sprinkled all over it.

The story of a group of children searching for the long-lost treasure of pirate One-Eyed Willy, while being chased by the Fratelli family, is still fresh some 35 years later and now a TV show of the film is being created for Disney Plus.

The show has huge Be Kind, Rewind vibes as it focuses on a teacher from New York who heads to a run-down town and finds a new lease of life helping three students attempt to make a shot-for-shot remake of The Goonies.

The show is being developed by The Bold Type creator Sarah Watson and was originally going to be called Untitled Film Re-Enactment Project, when it was picked up by Fox, and is now going under new title of Our Time for Disney Plus.

Our Time has been given the thumbs up by the original makers of the movie, with The Donner Company and Amblin helping create the series.

Clancy Collins White, exec VP and head of development at Warner Bros, spoke to Variety about the project, noting: "Sarah worked nonstop to deliver this incredible script, we had our table read, and then the world shut down for COVID. So we came back many months later and finished the beautiful pilot, and it was an incredible cast, but unfortunately a little bit too young for Fox.

"And so we immediately swung into high gear and hit the town with it. We did not yet have anything in development at Disney Plus. It’s been another example of being able to carve a pathway where there wasn’t one by virtue of a great story, a great pilot, a great series. The deal has taken a while to make, but we’re really excited to be moving forward."

While it's not a strict reboot like what we have seen with Cobra Kai - which heads into its fourth season 31 December - we can't wait to see what Our Time does with the heady nostalgia that many still have for The Goonies.