5 things to know about Reacher… according to its main star 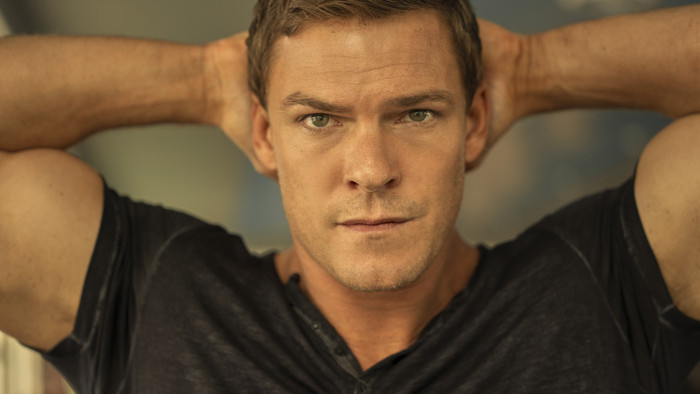 Reacher is out now on Prime Video and is a show based on the incredibly successful Lee Child novels.

Alan Ritchson is Jack Reacher in the show, a role that Tom Cruise played when the character was adapted for two movies. Big shoes to fill, then, but given Ritchson is much closer in size to how the character is written in the books (he’s 6ft 2in, compared to a 6ft 5in Reacher) he already has the fans on his side.

We recently caught up with Ritchson to discuss the show and just what it was like to play one of the most popular literary characters of all time.

Here are five things to know about Reacher, according to Alan Ritchson…

"Even though the turn of phrase of ‘Reacher said nothing’ is a popular one, we had to handle exposition somehow [on the show] and they didn't want to rely on a narrator to do that, so I had a lot of dialogue.

"But I've been gifted with one of those memories that I can look at a piece of paper and I can recite it back to you almost instantaneously. So to get myself into the scenes and make sure that I understood, not just where Reacher was, but to be able to be one step ahead of everybody, I would memorise the entire script.

"To do that I would record everybody's lines and I would listen to them continuously every time I was in the car on the way home, if I was in the gym… I was always listening to other people's lines. That gave me the chance while filming to stop thinking about anything except for what was happening and just listen and be present. It was enjoyable."

2 Ritchson is a big fan of Reacher’s bluntness

"Reacher is blunt and his direct quality is one of my favourite things about him. Too many of us sugarcoat everything to the point of sometimes suffering at the hands of somebody else when we want to say what needs to be said and walk away with regret of not saying it.

"I don't think Reacher has ever been convicted of that, which makes for great TV and it makes for a fun read. We love him for it, that he says what we want to say. That's just one of the qualities he has that resonates with all of us on a deeper level.

"I wish I was like Reacher in that sense. There's a lot of times I wish I'd said had said something but also we have to be a society, we have to find a way to get along and compromise and meet each other in the middle so we can all be richer. But I love that about him and I think that's where a lot of the levity in front of the show comes from."

3 Reacher is a show that blends genres.

"I think it's really easy for a distributor to go, ‘give me the bottom line, what is it that we're making here? Is it a horror? Is it a comedy? Is it a drama?’ Genre blending is frowned upon. It's hard to sell something to go, ‘it was mysterious, but it was also funny. So I don't know, is it a comedy? Like who are we selling this to?’ This is the conversation that goes on behind the scenes. And it's unfortunate because that's not what life looks like.

"We might have some really funny laughs with our loved ones in the morning and see some really traumatic event in the afternoon and that's life. Life is a rainbow of grey in between the black and white and I think that's why we're meant to enjoy life. I feel like Reacher is the colourful grey in between. It's funny, it's mysterious. It's full of action, it's savage, it’s heartwarming, romantic… it's just all of it rolled into one.

"You get the best of all worlds, while still remaining true to that world."

"There was one fight where I was arguing with everybody that I needed to do the stunt. I didn't want to cheat and have them shoot my stunt double’s back or whatever. I wanted to jump a fire escape and we shot in a way that there's no way to rig it.

"I was in dress shoes, Reacher was wearing shoes with heels and they're slick and I was just afraid I was going to get hooked up on those heels. But thankfully I made it with no injuries. That fight stands out in my mind as one that I'm very proud of. And I think it's it also just happens to be one of the coolest fights of the season, so I can't wait for people to see it."

5 Ritchson doesn’t want to be compared to Tom Cruise

"I grew up watching everything he's ever done and wanted to be like him and just wished for the same fire and passion that he brings to his characters in my own career. He's a legend so I don't think I can ever compare to him.

"That said, we had an opportunity to go back to the books and be as authentic as possible. I'm lucky to be thought of as Reacher and I'm glad they gave me a shot. This series is a very authentic telling, I think fans of the books will love it.

"But it's great TV, just aside from that. It's just good TV, so if you've never read the books, I think you'll enjoy just as much."

Reacher is available to stream on Amazon Prime Video now.