Reacher’s creator chats TV, streaming and how everyone now owns his character… 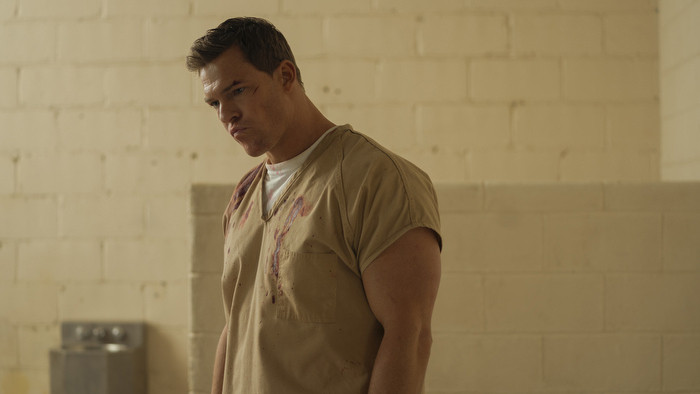 Reacher, streaming now on Prime Video, is a show based on a character that needs little introduction. He is one of the most popular literary detectives of all time, starring in some 26 novels and myriad short stories.

This isn't the first time, though, that we have seen Jack Reacher on screen. Tom Cruise portrayed him in two movies but given Reacher in the books is 6ft 5in and a towering presence, he felt somewhat miscast. The new series remedies this by casting Alan Ritchson as the titular character and is based on Child's first Jack Reacher novel Killing Floor.

ShortList was lucky enough to speak to Child about the new show, on which he is executive producer, the enduring success of the character and why Jack Reacher is not like any other action hero...

ShortList: Reacher has already been a movie, what does it feel like seeing the character now in a TV show?

Lee Child: That was the huge attraction, doing the long-form narrative that season-long TV gives you. In the books, Reacher is fleshed out, he is a fully rounded character as much as he can be. With light and shade and loud and quiet. In the books, that's obvious, but of course for a short-format adaptation that gets compressed and misses a lot, but we had the time to show it all and that was one of the things that I was most excited about and also makes it all the more effective.

My theory is that if you have relentless non-stop pace that's the same thing as having no pace at all. What you need is to show the differences, the quiet parts make the action parts even more effective. And so that was the thrill and the fun of doing a whole season on one story.

I think it is addictive for a novelist. I can guarantee that if streaming television had been around before, no novelist would ever have chosen anything else, because this works so much better.

SL: You used to work in TV, how different is the experience now?

LC: It's fantastically different working in TV now than when I did [Child worked for Granada in the UK before becoming a novelist]. That's part of the reason why I sort of stepped back and butted out because, to quote Clint Eastwood, 'a man has got to know his limitations'. Mine are that I left TV 25 years ago, which is like eight generations ago in terms of how it has developed.

Certainly I was familiar with long form narrative, you know, weekly appointment television, but that is very different. There's some mysterious magical kind of narcotic quality about streaming television that is completely new. And I don't get it. I can't put my finger on it. So I found it different in every way.

Also, you know the 4:3 stuff that we thought was state of the art. Now we're up to 4K television with widescreen. The cinematography is probably better than any movie has ever been. It is so far advanced that I realised I know nothing about this anymore. And so you've got to be self aware about things like that. And so I just said, 'Look, you know, this is your project now'.

SL: The casting of Alan Ritchson as Reacher is great - what was the casting process like for the show?

LC: Because of the pandemic situation we did all the screen casting remotely by video, which was actually a very good idea, because that is all that the viewer is ever going to see - the actor on the screen. And so that is all I ever saw initially.

Alan [Ritchson] was there, as were a tremendous number of great actors, but Alan was the one, he was the guy. There was no question about that as he owned the role. And so he got the part and then as I got to know him over the course of the shooting, I found out really interesting things about him.

First of all, he is the son of two military veterans who grew up on an Air Force Base, so he really has a connection with the character.

Reacher is a thinker as well as a fighter. He is always a step ahead of everybody else. And I found out that Alan, when he was younger, was a seriously good chess player. And so again, that was like a connection with the characters. So the instinctive judgement that we made at the beginning turned out to be exactly right, because he brings with him exactly what we wanted.

SL: Tell us about when you first came up with the character…

LC: I'd been in television and before that the theatre. Basically, I'd been in some branch of entertainment or showbiz ever since I was a kid and what I had learned from that is that you know nothing, nobody knows anything. You cannot plan, you cannot make a laundry list of what you've got to do as that never ever works. The only thing you can do is close your eyes and imagine the story.

I remember doing that and imagining that story with such intensity and such passion. And I knew that Reacher was going to be a drifter who never stuck around, which meant that the final chapter of the book we were leaving behind all those other characters. I remember being really sad about that, that I would never see those characters again.

SL: How different is Reacher compared to other action stars?

LC: Reacher is a character who would prefer to do nothing. He just wants to live a quiet life. He wants to be left alone. He's not looking for trouble. He's not interested in setting the world to rights. But if he gets involved with something then he's going to do it 100%.

But then, alongside that, he is deeply interested in lots of things. He loves blues music, he loves the little details of life. He is a trivia nerd. He likes to do all kinds of things. And so he has multiple dimensions. And I think it’s really organic as well.

A lot of heroes have little characteristics that are kind of bolted on to make them more interesting. But Reacher is not like that and I think that's what people are going to find appealing. In a way he’s a reluctant action hero. He just would rather get on the bus and go and see something interesting.

SL: What was it like handing the Reacher books over to your brother?

LC: It was very natural, actually, because of the way that the series has progressed. The first book had a very small audience then that grew and grew and by book 8 or 10, Reacher had migrated outward into public ownership, everybody owned Reacher by that point. So, for 15 years, I've been aware that he's no longer mine.

Andrew [Child, Lee's brother] was the very first guy that ever read it. He read Killing Floor when it was still written in pencil on paper. So it's not like I had to sit down and explain to Andrew who Reacher is as he’s been there since day one.

So it was a very natural progression, and with very little emotional turmoil for me. And it’s the same thing with the TV show. Was it a big wrench to pass it to the TV people? No, not at all. They've all been reading the books for years so they own Reacher much the same way that I do.

SL: How many seasons would you like to see of Reacher?

LC: It's not that I'm superstitious about talking about a second season but I'm very aware after my life in showbiz, it's not my decision. It is not Amazon's decision, it is not the producers decision, it is the viewers decision whether there will be subsequent seasons if they like this one.

So let's hope there will be future seasons and what I think is right now there are 26 books. And so we could do 25 more seasons, by which time I'll be a very old man and I'll die happy.

All episodes of Reacher are available now on Prime Video. These are the best Amazon Prime Series to stream.