We definitely feel the need for speed again 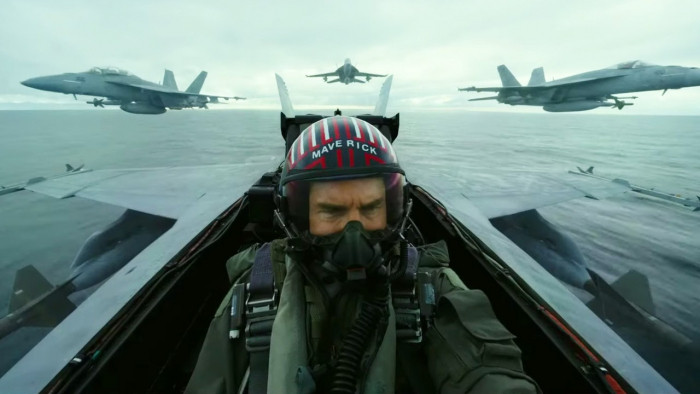 What a week it has been for movie sneak peaks. We finally got a look at the hotly anticipated Top Gun: Maverick, got weirded out by the digital fur technology of Cats, and went back to where it all began with the prequel to the Kingsman, aptly called The King's Man.

To get you in the mood for these upcoming movies, we've bundled our five must-see trailers of the week, into this handy guide.

You should really be playing these trailers through the best soundbars in the world right now.

Being of a certain age, we have to admit we got goosebumps watching this one. The rousing notes of the Top Gun theme, Tom Cruise being, well, Tom Cruise - smiling while riding on his bike trying to outrun a plane, smiling while in a plane, not listening to orders and smiling. It doesn't give much away but this is already shaping up to be on of the most anticipated movies of the year.

This prequel to the ridiculously successful two Kingsmen movies sees the action transported back to where it all began, taking place in the early 1900s and featuring a rather dapper Ralph Fiennes teaching a young upstart what it means to be part of the very secret service. It also feature Rhys Ifans as Rasputin, as you do.

Just because Cats is in the list, doesn't mean that it's an endorsement of the movie - but this is certainly a must-watch trailer. Just how director Tom Hooper was going to bring Cats to the big screen has been kept under wraps for a while and this first look is, well, weird. There are a barrage of stars here (all under strange digital fur technology), all the songs you know and endure and it's completely terrifying.

Prepared to be completely scared. The first IT is one of the most popular horror films ever made and this sequel continues the fear, this time with the focus shifting to the adults of Derry and the clown that just won't going away. Staying faithful to Stephen King's masterpiece, expect chills and weirdness in equal measure.

The first Jay and Silent Bob movies wasn't entirely successful. It was great to see Kevin Smith's characters spun off but it was a little too meta for its own good. Smith has doubled down on this, offering a movie about a movie reboot being made of the original movie that was being made in the firs movies. Confused? Don't worry, it's all just a jumping off point for weed jokes and celeb cameos.