20 Things You (Probably) Didn't Know About The Goonies

Never Say Die, thanks to these Goonies facts. 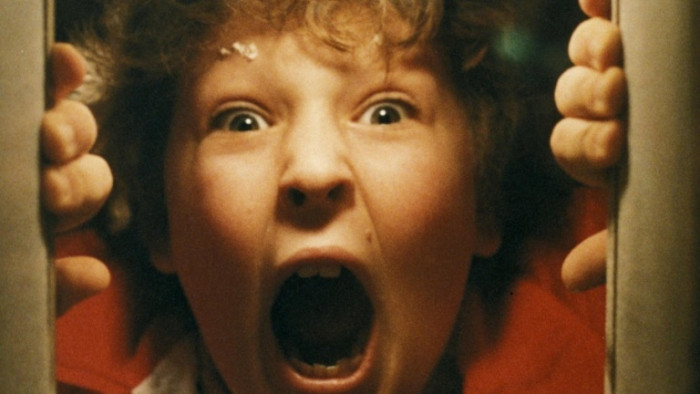 It's probably best not to think about the fact that The Goonies is more than 35 years old. We thought about it too hard before writing this piece and ended up curled up in the corner of the office, sobbing into our latex Sloth mask and howling the word "WHY?" over and over.

But enough about our impending midlife crisis, here's 20 facts you probably didn't know about what is, literally, the best film ever made. NO ARGUMENTS!

1. Some sad trash-related news to get the ball rolling. Sean Astin kept the prop map that the Goonies followed, but his mum threw it out thinking it was rubbish. On a slightly bigger scale, the entire pirate ship was scrapped because nobody wanted it.

2. Speaking of One-Eyed Willie’s ship - it was a real set that was built over two and a half months to look like Errol Flynn’s ship in The Sea Hawk. Some of the ship's rigging was recycled from the Pirates of the Caribbean ship at Disneyland, which was being renovated at the time. While it was being constructed it was hidden on another set behind tarps, so that the kids couldn't see it. Richard Donner was hoping to get a real reaction from them when he revealed it, cameras rolling, but Josh Brolin was so surprised that he let an s-bomb slip, meaning the scene needed to be reshot.

3. Speaking of expletives, in the scene where rocks are falling from the cave ceiling, and Data screams "Holy S-H-I-T!", he spelled the word rather than saying it because his mother made him promise not to use any bad language in the movie. Bless.

4. John Matuszak, who plays Sloth, was an American footballer before he was an actor, spending most of his sporting career at Oakland Raiders. Sloth wears an Oakland Raiders t-shirt in the film. Matuszak also played Tonda in Caveman, four years before The Goonies and even entered the World's Strongest Man competition seven years prior to the movie, placing ninth.

5. Cyndi Lauper co-wrote the theme song "Goonies R Good Enough" and, in one of the more bizarre tie-ins, shot a 12 minute long, two part music video that features a cameo by the film's exec producer Steven Spielberg. It includes a host of 1980s wrestlers. Bizarre doesn't cover it.

6. The Goonies Oath that was cut out goes as follows:

NB - "Goon dock" is where the word Goonies comes from.

7. Matuszak's make-up took 5 hours to complete. One of the eyes was mechanically operated by remote control. Someone would count down, and Matuszak would blink his other eye in synchronisation. Y

8. The name "Rube G" is painted on the contraption that opens the yard gate for Chunk, early on in the movie. This is in reference to Rube Goldberg, the Pulitzer Prize winning cartoonist who drew whimsical machines that achieved simple results in ludicrously complex ways.

9. Cameos in the movie include Jennie Lew Tugend (assistant to Richard Donner) who plays Data’s mom, Rchard Donner himself played the guy on the scooter on the beach, a cameraman plays Mouth’s father and another cameraman plays the dead man in the freezer.

10. Corey Haim and Corey Feldman met in the waiting room during the auditions for The Goonies. Both Coreys were auditioning for the part of Mouth, with Feldman triumphing.

11. Producer Steven Spielberg regularly references James Bond in his movies. In The Goonies, Data's belt has "007" inscribed on it. He also listens to the James Bond theme before sliding on the rope over to Mikey's.

12. A scene involving a giant octopus was excised from the final cut. In fact the movie soundtrack includes "8 Arms To Hold You" by "The Goon Squad". The filmmakers were convinced the song could be a hit, so it was pressed as a 12" dance single. It sold miserably and became one of the rarest, most valuable Goonie-related items.

13. Steven Spielberg had to rein Josh Brolin in when his input started to get, ummm... weird. Brolin was reading about the Stanislavski method of acting while he was on set. Whether or not he did this while playing Thanos, too, is not clear.

“I came up to Spielberg," recalls Brolin "And said that I wanted to climb the walls of the tunnels and that it represented my mother's womb, for some odd reason... Spielberg's response was, ‘Why don't you just act.'”

14. Datasoft produced The Goonies video game for Commodore 64 and later ZX Spectrum. It featured eight screens in which a player had to use two members of the Goonies to solve puzzles and reach an exit to advance to the next stage. The screens were largely inspired by actual sets and puzzles seen in the film with the aforementioned and axed "octopus scene" being the seventh level.

15. In the novelisation of “The Goonies” Chunk’s parents adopt Sloth and even throw him a Bar Mitzvah.

17. Cohen ran for class President at U.C. Berkeley with the slogan "Chunk for President."

18. He got chicken pox before shooting commenced. Cohen showed up to the set anyway, afraid that they would have replaced him otherwise. You can see some pox on his chest and stomach during the truffle shuffle.

19. During filming, Martha Plimpton made a bet with Richard Donner that she would stop biting her nails. The director paid up several years later, while they were doing the DVD commentary.