Back To The Future facts: 20 Things You (Probably) Didn't Know

Jeff Goldblum as Doc Brown, anyone? 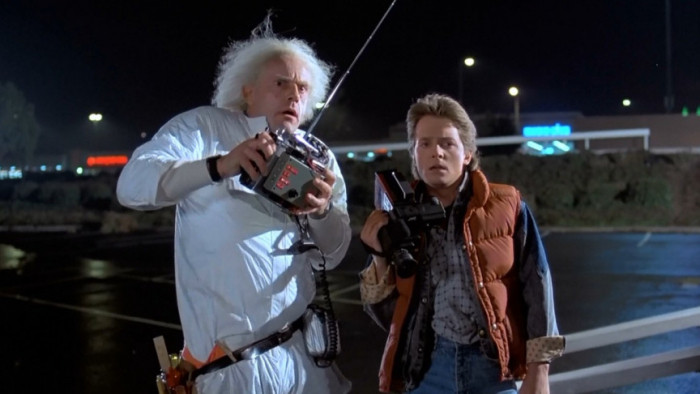 How about learning some things you never knew about Back To The Future? Unless you've already been ahead in time and read them, you little tinker.

The following are some great facts about Back To The Future that you (probably) didn't know about.

And it's Gale's call, as he reveals in the podcast: "We have an understanding with Spielberg and Amblin that there would never be another Back to the Future movie without our blessing or being involved. So it’s not going to happen."

Writer/Producer Bob Gale had the idea for the film after finding his father's yearbook in the basement, seeing that he was somewhat of a nerd and wondering if they would have been friends if they'd been at school together.

The time machine was originally conceived as a refrigerator rather than a car.

Sid Sheinberg, head of Universal Pictures, suggested the movie's title be changed to Spaceman From Pluto as he thought the title Back To The Future would put people off. He was shamed into backing down when producer Steven Spielberg thanked him for his "joke memo".

Biff Tannen was named after a Universal executive named Ned Tanen who had been particularly unpleasant to Zemeckis and Gale during a script meeting about the film I Wanna Hold Your Hand.

Columbia Pictures originally rejected the movie because, according to Gale, they thought it was a cute idea but "not sexual enough" and suggested Zemeckis and Gale take it to Disney.

John Lithgow, Dudley Moore and Jeff Goldblum were all considered for the role of Doc Brown.

Einstein, Doc Brown's dog, was a chimpanzee in the original script.

The DeLorean was chosen as the time-travelling car because the filmmakers felt that its wing doors meant it could conceivably be confused for a UFO.

One of Biff's goons is a pre-fame Billy Zane in his first screen role.

Claudia Wells only plays Marty's girlfriend, Jennifer, in the first film and not the sequels because her mother became ill and she elected to spend time with her. Elisabeth Shue took over the role for the second and third movies.

There's a nod to Stanley Kubrick in Doc's garage. The amplifier has a CRM114 label, which is the name of a piece of radio equipment in Doctor Strangelove.

The time between completion of shooting and the film's release was just ten weeks.

Despite the sci-fi subject, there are only 32 effects shots in the whole movie.

Tim Robbins was in the running for the role of Biff Tannen.

Crispin Glover lost his voice during filming, so for some scenes he had to just mouth his lines and the dub the dialogue later.

The judge at the band auditions who tells Marty he's "too darn loud" is actually Huey Lewis, who contributed two songs to the soundtrack.

Ralph Macchio turned down the role of Marty McFly.

Doc Brown's notable hunch came about because at 6'1" Christopher Lloyd is considerably taller than Michael J. Fox, who is 5'5", and they needed to look closer in size.

After the release of the film, DeLorean actually made body kits for their cars for people who wanted them to look more like the time machine in the movie.