15 things you (probably) didn't know about The Godfather II

15 things you (probably) didn't know about The Godfather II 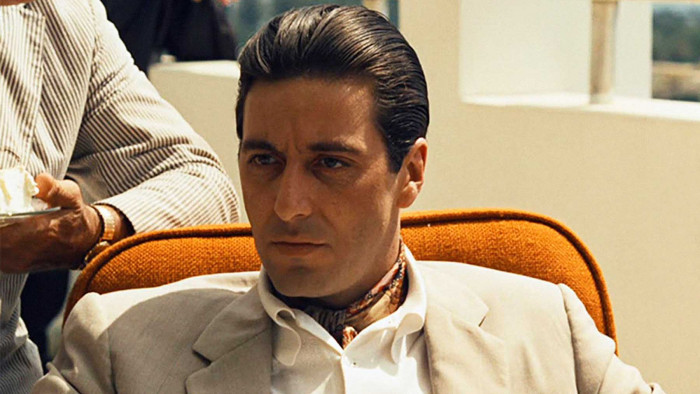 Great sequels are about as rare as an Italian mobster without his suit; but in the words of Don Vito; ‘Don’ worry’ there are a few exceptions. The Godfather Part II is one, submerging us in a world of mafia fuelled violence alongside the dream of making it big.

As we all know, not everything in the film industry is black and white; so here’s a list of things that you probably didn’t know about the second instalment of the trilogy…

Francis Ford Coppola was exhausted by the time he’d finished The Godfather. In later interviews he states he didn’t particularly want to make a sequel because the first part ended all the original aspects of the story. His reasoning behind making the sequel then? He thought it would be interesting to make a film about two stories in parallel of a man and his father at the same age.

It was a film title trendsetter

According to the director’s commentary on the DVD release of the film, Paramount was originally opposed to Coppola calling the film ‘Part II’. They believed it would be off putting to an audience who would see it as an addition to the prequel. In actuality it kicked-off the trend of Hollywood films using ‘Part’ in their titles after the films exceptional success.

The Godfather II was the last American film to be printed in dye-transfer Technicolor. This is described as ‘a process of colour cinematography using synchronized monochrome films, each of a different colour, to produce a colour print.’ The film was eventually digitally restored (as part of the trilogy) in 2008, thank goodness for Blu-ray.

In reality the ‘Black Handers’ in The Godfather II were freelancers with no real affiliation to a criminal organisation. In any case, they still terrorised, intimidated and did some generally nasty stuff to the Italian immigrant population of the early twentieth century. All this together led to a belief by the immigrants that an organisation actually existed and thus the folklore existed.

The character of Hyman Roth (played by Lee Strasberg) is loosely based on the real life mobster, Meyer Lansky. Lansky was instrumental in the development of the ‘National Crime Syndicate’ in America and contributed to a major gambling empire that stretched overseas. Roth’s statement in the film to Corleone ‘We’re bigger than U.S Steel’ was a direct quote from Lansky to his wife, although Roth’s eventual fate differed from Lansky’s who died of lung cancer in 1983 at the age of 80.

The flashback scenes had to be re-shot because of historical inaccuracies with the trousers. The original scenes contained zippers on the trousers, which weren’t invented until 1913, way after the flashbacks were set. So the trousers had to be changed and the scenes shot again, this time with button-flies instead. Apparently it was one of the musicians that pointed out the mishap, although it’s not clear why he was starting at everyone’s zippers in the first place…

The Timing of Fredo’s Death

Mario Puzo, author of The Godfather books originally didn’t want the character of Fredo to die at all. In Coppola’s documentary ‘Behind the scenes of The Godfather 2’ Pozo says, “I didn’t want Fredo to be killed, but Francis was adamant. So I said ok, but you can’t kill him until the mother dies.” His reasoning behind this was that he felt if Fredo was killed by Michael before their mother’s death then the audience would never be able to forgive him.8

Cuba was out of the question

For obvious reasons filming the scenes for Cuba on location was near enough impossible. Instead, the pre-revolutionary scenes were filmed in the Dominican Republic. Havana was substituted for Santo Domingo, the Islands capital and this is where Roth’s hotel is.

Originally the role of Clemenza was meant to continue from the original Godfather film, but before filming Richard Castellano pulled out, due to an on-going issue with his salary. Thus, Franco Pentangeli, a high ranking member of the Corleone family (played by Michael V. Gazzo) was conceived to replace his character. Despite the extremely late notice, Gazzo eventually received a nomination for a Best Supporting Actor Oscar for his performance, losing out to co-star Robert De Niro. Talk about late notice…

The boat that brought the young Vito Corleone was the Moshulu, a real ship that now resides in Philadelphia. It was actually built three years after the film was set, in 1904. Far from the long voyages it once undertook, it now serves as a luxury restaurant, mafia members not included.

To this day Robert De Niro and Marlon Brando are the only two actors to receive an Oscar for playing the same character, Vito Corleone. With De Niro being unsuccessful in his attempts to be Michael in The Godfather, he was cast as a young Vito in the sequel winning the award for Best Supporting Actor.

Complications at the time meant that filming on site at Ellis Island, where immigrants were originally processed for entry into the US, was impossible as the site was yet to be restored. Instead the filming was done in Trieste, Northern Italy on a dockside fish market; this was transformed to resemble the 1901 Ellis Island, where Vito Corleone first arrives in America.

Marlon Brando was meant to be in the film, alongside James Caan

At the end of the movie we see a flashback to the time period of the first film. Vito Corleone and Sonny Corleone are both alive and the family is together. Interestingly Caan took the role (about a days’ worth of filming) and received the same amount he earned for the original. Brando was also scheduled to appear as Don Corleone, but due to supposed financial disputes he refused to show up to the studio on the day of shooting. Coppola made allowances for the scene to move forward without Brand instead.

And it remained so, until 2003 when The Lord of The Rings: The Return of the King won the same award. Still though, 29 years is a long record to hold. Not bad for a film that nearly didn’t even exist.

It’s actually a mistake from the immigration workers that leads to Vito’s name. Thinking his full name is ‘Vito Andolini Corleone’ rather than ‘Vito Andolini from Corleone’ they gift the Sicilian his famous last name, the rest is history…