Here's what you need to know about your favourite Christmas movie. 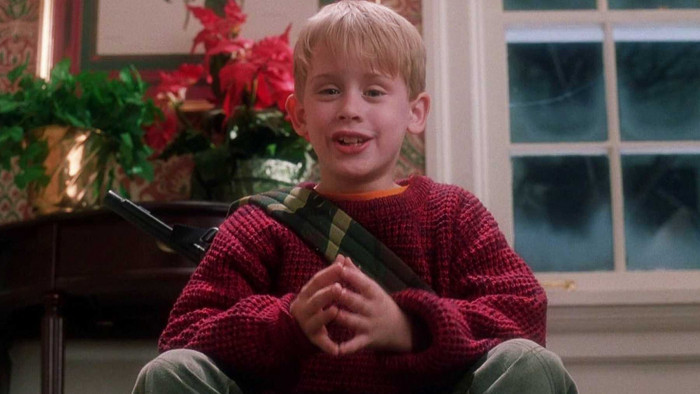 Despite a plot that relies on an increasingly sickening display of violence committed by an 8-year-old boy, nothing makes us feel more festive than rewatching Home Alone.

Macaulay Culkin's magnum opus is so embedded in our celebration of Christmas that we'd feel bereft if we didn't watch it at least twice before the 25th.

But before you dust off the VHS yet again - or go on Disney Plus as that's where you can stream it in the modern world - here are 15 things you might not have known about the hit Christmas comedy.

1. What could have been

After the release of Home Alone, a French filmmaker called Rene Manzor made people aware of the similarities between his movie, 3615 Code Pere Noel, and Home Alone. The former is a 1989 thriller about a boy left alone on Christmas Eve who defends his home from an intruder with toys and home appliances. Watch the trailer here.

John Candy starred in the film for zero payment and he filmed his entire role in just one, admittedly long, day. He'd previously worked with John Hughes on Uncle Buck, the film that nabbed Macaulay Culkin the part in Home Alone. The story about forgetting his son at a funeral home was improvised.

During a scene when Joe Pesci threatens Macaulay Culkin, he accidentally bit one of his fingers, which led to a scar. "In one of the scenes, they hang me up on the closet door or something and he says, "I'm gonna bite each one of your fingers off, one at a time,'" Culkin recalls. "And during rehearsal he actually bit me. He broke the skin and everything! I'm a little nine-year-old boy and he's going around biting (my finger). I still have the scar. I didn't even realise until recently."

In 2008, Devin Ratray, the actor who played Buzz, starred in an odd movie called Courting Condi, where a British filmmaker followed him as he tried to win the heart of Condoleezza Rice. The incredibly bizarre trailer is here.

Another one of Kevin's on-screen siblings Megan, played by Hillary Wolf, went onto become the Judo Junior World Champion in 1994 and then represented the US in both the 1996 and 2000 Olympics.

In 2012, The Week sat a doctor down to watch the film and then remark on exactly how bad the many injuries would be and therefore how much pain the two intruders could actually sustain. Let's just say that the diagnosis was not great. The iron to the face could lead to disfigurement, the burning doorknob to scar tissue and limited use of the hand and the blowtorched scalp to dying skull bone which would require a transplant.

Sky has also created a documentary, called The Science of Home Alone, starring James Acaster and Guz Khan which also looks at whether the injuries sustained would actually be able to happen in real life.

There's a rather unhinged conspiracy theory that alleges that Elvis was alive and well enough to be an extra in the film. "Proof" is here.

9. Been there Saw that

Speaking of insane theories, a recent one suggests that Kevin grew up to be Jigsaw, the depraved torturer from the Saw franchise. The proof? Well, there's a whole essay you can read here, including apparent visual links between Kevin's furnace and the bear trap used on the face of a victim in the first Saw film. Yeah, not sure about it either.

Robert De Niro was originally offered the role of Harry but he turned it down. Instead, it went to his Goodfellas co-star Joe Pesci.

The 1995 comedy Bushwhacked was originally intended to be a Home Alone spin-off which followed the character of Marv as he gives up a life of crime only to be framed while working at his new job. Instead, he ended up playing a similarly dim-witted character called Max.

While the third Home Alone film used a different lead character, Home Alone 4 strangely reverted back to using Kevin. In a strange alternate reality, the 9-year-old Kevin saw his parents getting divorced which leads to him having to protect his stepmother's house from Marv, not played by Daniel Stern, and his girlfriend. It was set in Chicago but filmed in South Africa. Because money.

Coming off the back of his psychopathic turn in Goodfellas, Joe Pesci still found himself in adult mode, adding F-bombs to his angry outbursts while shooting Home Alone. He was told to replace it with 'fridge' which made him sound like Muttley when he is in full faux-swear mode..

The evil furnace that tortures Kevin was originally supposed to be part of a dream sequence which was storyboarded but scrapped. In it, the furnace was going to chase him up the stairs. It was cut for budgetary reasons.

The character of Old Man Marley wasn't in the original screenplay. Director Chris Columbus added him in because he wanted some more sentimentality. He was played by Roberts Blossom, who also starred in Close Encounters of the Third Kind and Christine.