Did these films give you the willies, too? 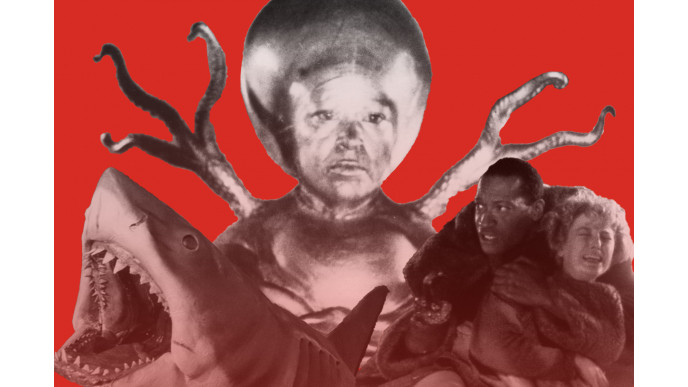 Every horror fan has that one horror film they saw too young – a movie moment that both traumatised and excited them, leaving them subtly haunted for life, forever changed with an unearthed craving for terror.

But what scared the experts as kids? What unnerved or freaked out the future writers, stars, and fanatics of the horror genre? Not the best horror TV shows, as they are far too new, but the following movies certainly terrified.

Andy Nyman is the co-writer and co-director (along with The League of Gentlemen’s Jeremy Dyson) and star of Ghost Stories.

“We were going to see Flash Gordon at the pictures and my elder sister said, ‘There’s this thing on called The Fog… It’s an AA rating so it won’t be scary.’ Well, holy fuck. It’s quite a rare beast, The Fog – a brilliantly crafted old-fashioned ghost story but balanced with John Carpenter’s heart-pounding tension. I was shaken. It was my Bar Mitzvah. I came out of that one like, ‘I am now a man.’ It scared me but I felt alive.”

Mike Muncer is a video producer and self-confessed horror junkie. He’s also the host of the new podcast, The Evolution of Horror.

“I started watching teen slasher movies when I was 11 or 12. I thought I was hardcore, then I watched The Shining and it messed me up. There’s this pending dread even though nothing’s happening, just Danny riding around corridors on his trike. Then the scares do come. I was so traumatised I had to turn it off. To this day it scares me. The best horror movies tap into something subconscious. They scare you but you don’t really know why.”

Fiona Dourif is the daughter of Chucky (the actor behind Chucky, Brad Dourif, not the actual doll) and the star of Cult of Chucky, Blacklist, and TV’s The Purge.

“I saw Aliens at the theatre with my older sister. I was too old to be crawling into my parents’ bed but I couldn’t sleep for days. I was just certain that aliens were outside. I’m still kind of afraid. It’s what all my nightmares tick around – this thing that’s cold and foreign and doesn’t give a shit about you. I went back and saw Alien: Resurrection when I was an adult because my dad was in it. The whole franchise is deeply unnerving.”

“For a long time, I felt that Candyman was the scariest thing I’d ever seen. But Candyman is only scary when you’re young enough to believe in urban legends. The only things that have a lasting impact on me these days are very real things I see online. I try to avoid it but sometimes the curiosity is too strong… maybe that’s the future of horror films, stuff that cannot be disputed or disproven.”

Mark Gatiss is one of The League of Gentlemen. He writes and directs all-new ghost story The Dead Room, coming to the BBC this Christmas.

“It’s an obvious one but it still scares me. I watched it with my dad and he was so scared that I could see him gripping the arms of the armchair. Therefore, it must be very frightening. It was the pounding sound through the house and the moment when Julie Harris’s character thinks she’s holding someone’s hand but when the light comes on she’s not… It scared the shit out of me. My early horror experiences warped me for life! In a good a way.”

Paul Tremblay is a horror writer (Stephen King is a fan) and author of bestselling suspense novel The Cabin at the End of the World.

“I saw it when I was 10, and it gave me five or six years of shark nightmares. They showed it at my local high school and my father took me. He said, ‘Oh, it’s an exciting movie that has this great scene that captures fishing.’ That’s how he pitched the movie to me! Not, ‘There’s a giant shark.’ The scene where Quint is bitten in half indelibly scarred me. I’ve seen Jaws probably 50 times, but I cover my face at that bit.”

“The first movie I can remember watching in full was Halloween. It was really scary as a child as it’s difficult to see where reality ends and fiction begins. I don’t find it as scary now. I watch horror movies almost every day, but I’m not going to tell you that I don’t jump out of my skin watching things I haven’t seen before. Jump scares get me every time, to the great amusement of my girlfriend!”

David Gordon Green is the director and co-writer of the new Halloween reboot, in UK cinemas now.

“I was drawn to campier horror movies because they were less realistic. Angel is about this girl who’s a student by day, hooker by night, and there’s a killer on the loose. It felt very realistic. I saw it when I was about 10 and it truly fucked me up, to the point I had to confess to my parents I’d seen a bunch of R-rated movies. I remember I was bawling. That was a big moment, as a rabid movie lover but also someone with strict parents.”

“The Hammer films were hugely formative. Other films I lapped up were 1950s science fiction films, like The Thing From Another World. One that I couldn’t get out of my head was Invaders From Mars. It was all shot low, from a child’s eye level, and the parents of the child become aliens. It was truly frightening as a kid watching that because it was tapping into those childhood fears, of losing their mum and dad. That really stuck with me.”

Wednesday 13 is a gothic punk rocker inspired by classic horror movies. He brings his annual Halloween show to London’s The Garage on 26-27th October.

“We lived in a little three-bedroom trailer so I pretty much slept on the couch in front of the television. The first Nightmare on Elm Street was scary because Freddy wasn’t a household name yet or this funny guy using one-liners. It’s a great idea – a killer in your dreams. It fucks with you. That first scene when he’s coming down the alleyway and his arms stretch out, that still gives me chills. I want to somehow perform that on stage one day with gigantic arms.”

“I absolutely loved Gremlins. I know it’s not exactly a scary movie, but I watched it at a sleepover and it was terrifying. It’s something about the darkness of it and these creepy little creatures, watching at midnight with a bunch of kids. I’m also Jewish so I didn’t really know what Christmas was. I was like “This is Christmas?! Well I’m not doing that!”

“There was a programme called Cinema, which had a special about horror films. I begged my father to let me stay up. He said, ‘You can watch in on condition you don’t get scared.’ The very first shot was this panning across a misty wood and then to Lon Chaney Jr as the Wolf Man. It was the first moment as a kid that I thought, ‘Shit, that’s scary.’ It was so realistic to me. My dad had to explain it was make-up.”