There are times when you are watching a movie and you get that familiar feeling of: haven’t I seen this before? Usually it’s because one movie is a blatant rip-off of another (*cough* Mac & Me and ET *uncough*) but sometimes something stranger has happened and two very similar movies have been released almost at the same time.

Now, there could be an element of cashing in but the following were released so close to each other that it’s more coincidence than anything else - or if you really want to go down the conspiracy theory route, industrial espionage thanks to warring screenwriters - where two films that are eerily similar come out at pretty much the same time.

For this list, we’ve tried to avoid the naturally disaster movies, but who can forget Volcano and Dante’s Peak (both 1997), Armageddon and Deep Impact (both 1998)? Here are others that follow the same theme… literally. 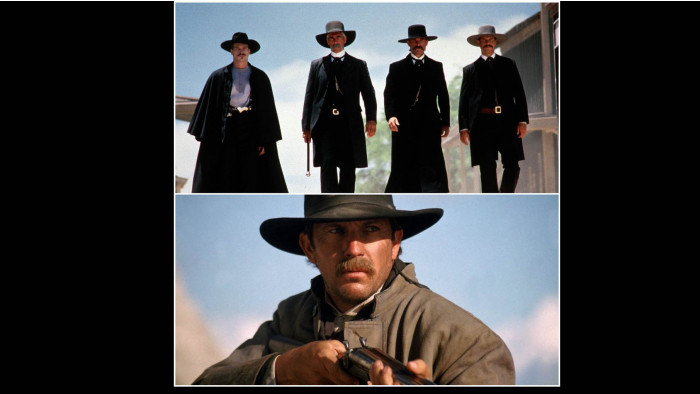 Tombstone is about the later life of Wyatt Earp… which is exactly what Wyatt Earp the movie is about. While Lawrence Kasdan drafted in Kevin Costner for the lead in Earp, Kurt Russell is stunning as the same character in Tombstone and his supporting cast (including Val Kilmer) are superb one. This is a tough one, but Tombstone edges it for us. 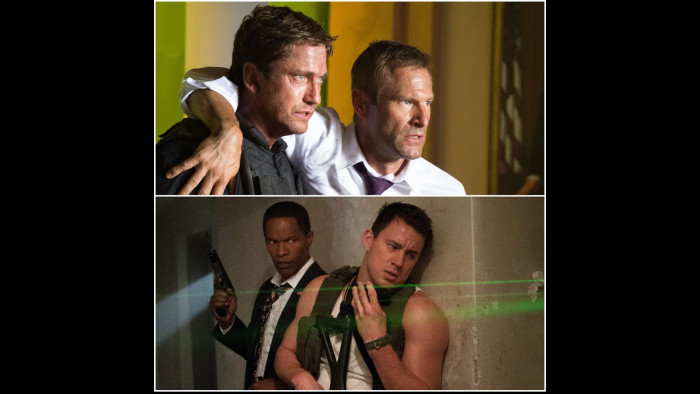 The White House is under attack and only Gerard Butler / Channing Tatum can help save the President played by Aaron Eckhart / Jamie Foxx. While both are shameless Die Hard rip-offs, for some reason Olympus has managed to become a successful action franchise with London Has Fallen and Angel Has Fallen offering much of the same. 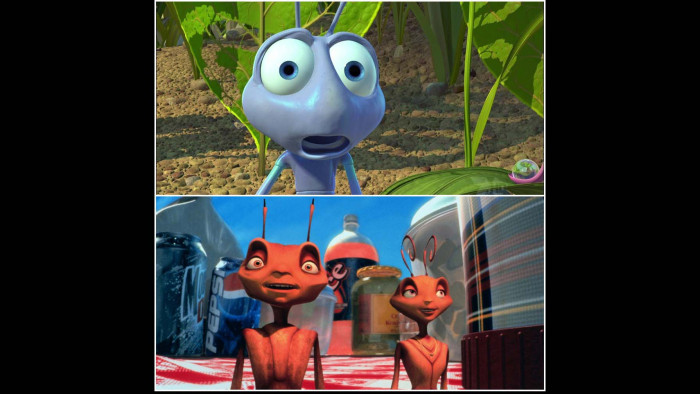 While it wasn’t known at the time, A Bug’s Life and Antz being released in the same year just showcased how far ahead Pixar was, compared to any other animation studio. DreamWorks does try with Antz but its blocky animation and bizarre casting choice of Woody Allen in the lead role are both misfires, while A Bug’s Life is clearly having more fun and feels like a Pixar movie with its riff of Seven Samurai. 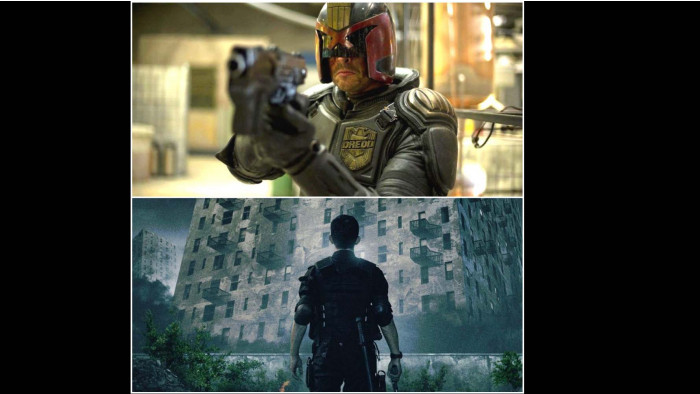 There must have been a feeling of dread from the makers of Dredd when they watched The Raid. Released a year earlier, the movie’s plot is achingly similar. A high-rise flat is under control from a bunch of bad guys and the good guys have to try and conquer the thing. Regardless of plot similarities, both movies are fantastic and actually play well together if you are looking for a gritty movie night. 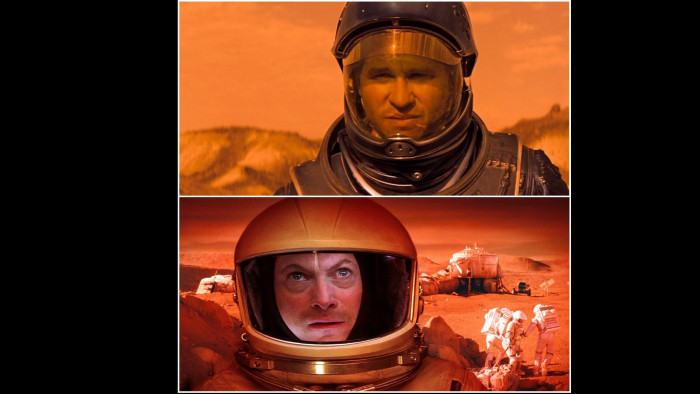 Both of these Mars-based movies are pretty bad. Which is a shame, as Mission To Mars is based on a Disney ride and should feel magical. It does not. While Red Planet is far too wordy for its own good and did so badly its director, Antony Hoffman, hasn’t directed a feature-length movie since. It didn’t help that apparently the movie’s stars Val Kilmer and Tom Sizemore hated each other during the shoot. 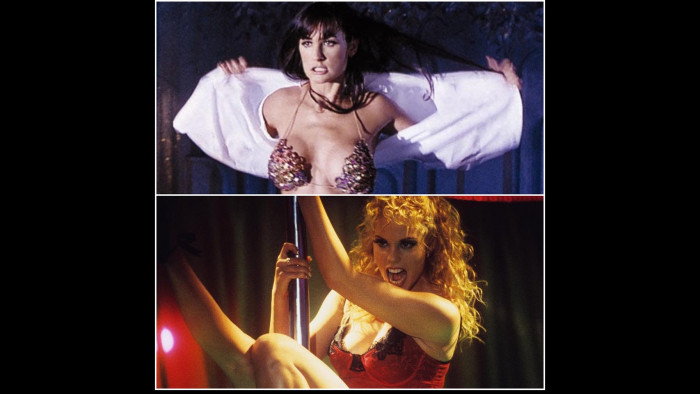 Both ridiculed when released, only one of these movies has found itself given a second lease of life as the ultimate midnight movie and, for many, a self-aware masterpiece. That is, of course, Showgirls which features Saved By The Bell alumni Elizabeth Berkley. Striptease does feature Demi Moore, though, and a very orange and oily Burt Reynolds. 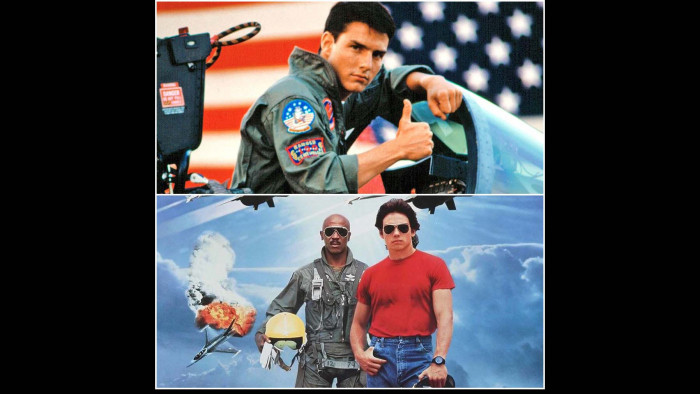 Although Iron Eagle has gained ‘cool\ status as being Johnny Lawrence’s favourite movie in Cobra Kai, it will always come off as a poor second to Top Gun - it was even delayed six months so as not to compete with Top Gun on the big screen. Both deal with planes, young ‘maverick’ pilots and pivotal death scenes. But only one stars Tom Cruise. 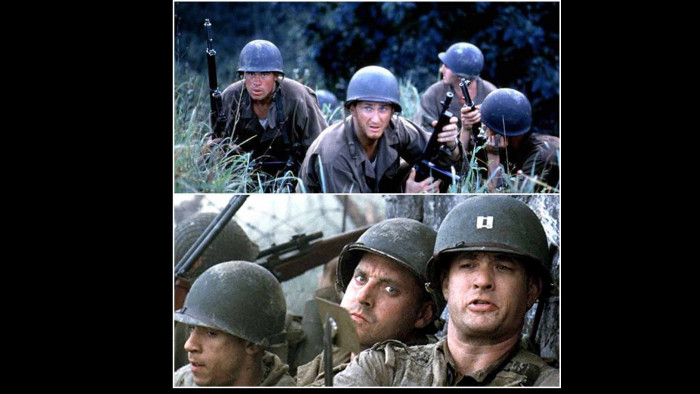 Steven Spielberg’s Saving Private Ryan is the populist choice here and its opening scenes are some of the best ever committed to film. But The Thin Red Line deserves all of the accolades it’s received over the years. It’s a movie in poem form, whereas Ryan is more of an airport page turner. 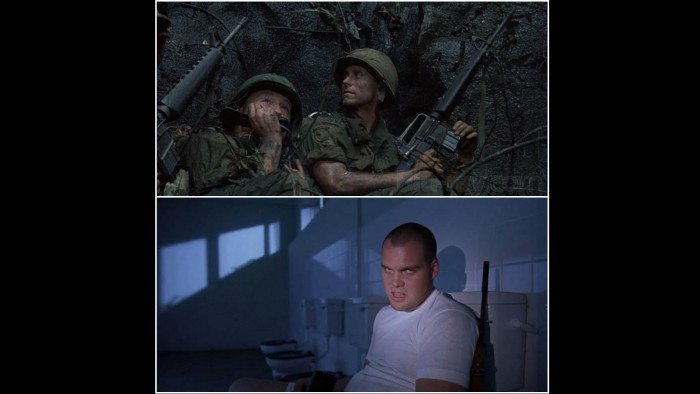 As you will read later in this list, war movies seem to come in waves. As was the case with both Full Metal Jacket and Hamburger Hill. Jacket is undoubtedly the more famous Vietnam war movie, thanks to a towering performance by future Kingpin Vince D’Onofrio and deft direction by Stanley Kubrick. But bedfellow, Hamburger Hill, showcases the futility of war in superb detail,too, focusing on a real battle that took place where two thirds of a regiment died trying to take a hill during battle. 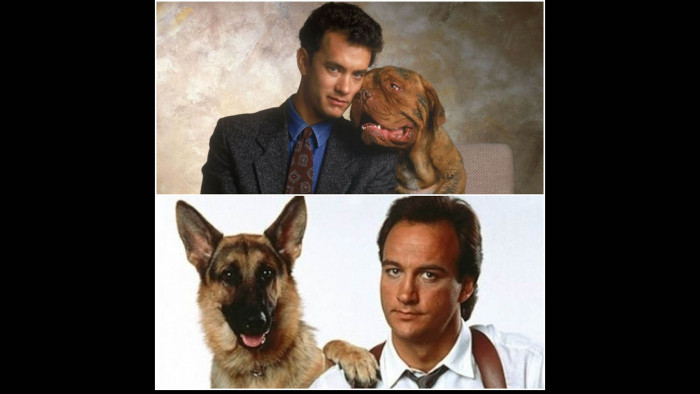 And there was you thinking that a tale of a police dog that gains the heart of its owner was something that should have only been told once, but both K-9 and Turner & Hooch try. Although a comedy, K-9 has a gritty drug plot at its centre and goes into some dark places (this is the late 80s after all) and, well, so does Turner & Hooch. Whichever side you are on depends on how you feel about the leads - a lovable Tom Hanks or grizzled James Belushi. We’re team Belushi all the way.

The best movies of the 90s, revealed.