Winter has come, and it sounds like 1990s Madchester indie rock 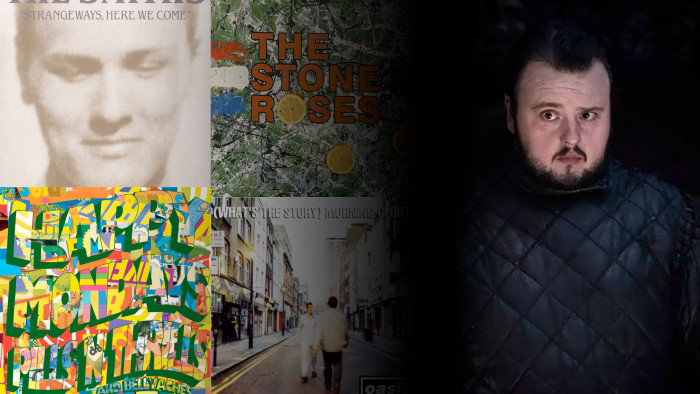 John Bradley plays Samwell Tarly in Game Of Thrones. And he knows his Manc music.

While the Manchester-born actor can be seen right now scene-stealing in the epic eighth, and final, season of the ground-breaking series, it’s the music of his favourite bands that has power over him.

Bradley hails from Wythenshawe in Manchester, just round the corner from the birthplaces of the likes of Oasis and The Smiths. He's talented drummer himself.

“One thing that lends itself to all of these albums and to Manchester music in general, is the characters that you meet in the street," sayd Bradley. "You get people who live a very hard life, and they want to have as good a time as possible when they can have a good time. The combination of being rooted in reality, but having this escapism to believe there's a good time out there - Manchester music is very uplifting but also painful and romantic.”

While billions of fans would argue the same of Game Of Thrones, Bradley explains that for him music has an unrivalled emotional pull.

“I think there's something really spiritual and mystical about it," he says. "Like, a guitar or a piano is only wood and metal. But when somebody puts their fingers on just the right part of it, it can make you feel a certain way. Music can bring up memories that you've forgotten that you have, and make you feel things like nothing else.”

Here, Bradley reveals his Shortlist of his five favourite albums by Manchester bands. The North remembers (its pop icons).

Game Of Thrones Season 8 airs on Sky Atlantic on Mondays, simulcast with the US at 2am and later at 9pm. Watch it now with a 7 day free trial from NOW TV. 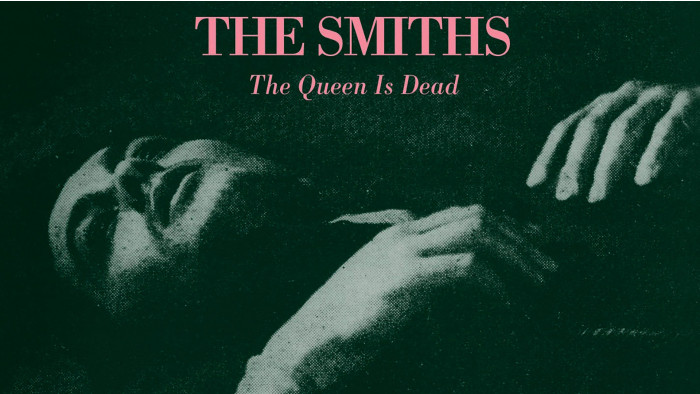 “If you are a Smiths fan, this has got all the elements that you love the most about The Smiths in their purest possible form. Johnny Marr's guitar work is at its most intricate. I think this is the album where he really blossomed into a fully-fledged, creative and musical force of nature.

"Morrissey's humour and his wordplay is more direct than it's ever been. But also, his anger plays such a huge part in this, and gives the album so much energy. There's a track on there for everything you could possibly feel. He goes from angry political statements, to music hall comedy to laments on loneliness. It’s such a rich album that sometimes you even forget that certain songs are on it.

"You forget that There Is A Light That Never Goes Out is on it. And you forget that Big Mouth Strikes Again is on it. Even though they're songs that are very closely associated with the record, you think there can't be one record so perfect to have all of these songs on it. “ 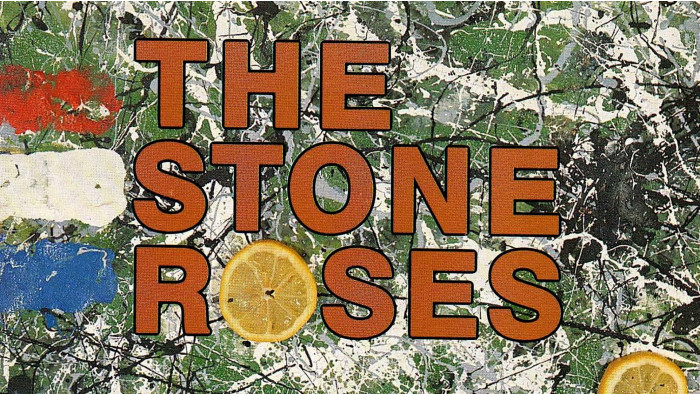 "You play this album and it makes you feel like you're 10 feet tall. And it’s a real statement that Manchester around that time was a force to be reckoned with.

"This is The Stone Roses’ first album, but it's so confident and they seem so fearless, and they're so assured of themselves and their vision: it just doesn't feel like a tentative first album. It feels like a real proclamation that they've arrived and they didn't shy away from the gaze of the world. It’s such a statement of intent, and such a revolutionary set of songs.

"To have one song on the album, and then later in the album, you have the same song but reversed as a whole track - not as a B side, as another track on the album - that's psychedelic and audacious and that's pushing new boundaries.” 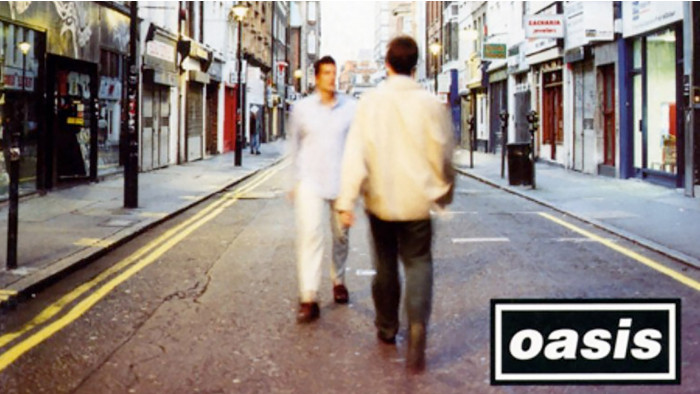 "Oasis had such astonishing success with Definitely Maybe, but I think you should judge a band by how good their second album is. Once your initial flush of ideas is gone, then how do you write an album under the pressures of fame and success and knowing the expectation which is going to be on that album?

"Noel Gallagher put together arguably his greatest set of songs for that second album. What's The Story (Morning Glory) feels much more confident, like Noel's really mastering the art of songwriting. The first time you hear Don't Look Back In Anger and Champagne Supernova, they arrive like great songs, and they make an entrance on the record.

"This album let people know that Oasis weren't just a flash in the pan and Noel didn't just fluke it with that first set of songs. That’s when they really started to lay a claim as being one of the truly great modern rock bands. And when you see somebody from literally your exact same background - they lived on a council estate in Manchester, like I did, my gran was an Irish immigrant who came to Manchester to work, like their mum Peggy Gallagher - that really makes you think that anything is possible.” 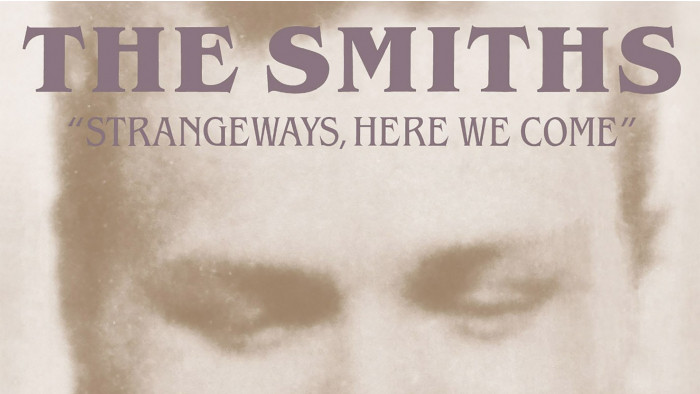 "The Smiths were already split up by the time this album came out, and as a swansong, it's just about as perfect as you can get. It tells the story of a band who are breaking up and musical relationships that are fragmenting.

"Though they're not explicitly mentioned in the lyrics, when you get a song like ‘I Won't Share You,’ where Morrissey is talking about Johnny Marr and the separation between them, there's a real finality to it. It's a much more mature Smiths - while The Queen Is Dead was full of anger and full of energy, Strangeways Here We Come feels more jaded.

"It’s the tragic and beautiful closing act that a band like The Smiths deserves.” 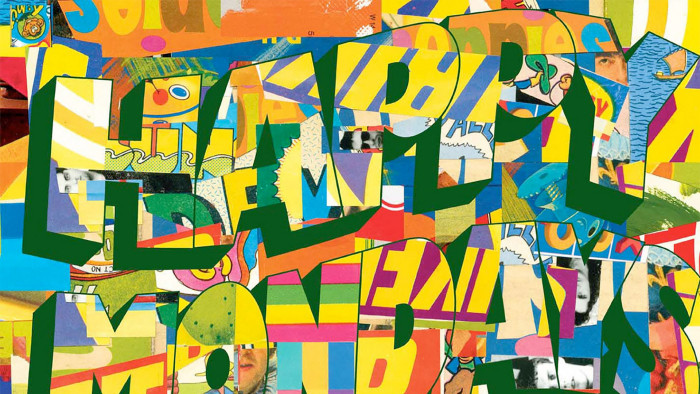 "By rights, this record doesn't have any right to be as good as it is. It’s from a band who weren't necessarily interested in music too much, they were just skint and trying to find money however they could.

"They weren't thinking about taking on the world, or even becoming a successful band. But their combination of psychedelic influences and a lyricist with such a visceral, poetic way with words as Shaun Ryder has a strange alchemy to it. It’s inspirational, as well, that this band of local hoodlums just decided to pick up instruments one day because they were unemployed, because the Conservative government had crushed the industry in Manchester.

"Twenty years before, they wouldn't have been on the dole, they’d have been working in factories all over Manchester. But by this time, there were there were very few factories left there, and that left everybody unemployed. They decided that they didn't want to put up with it.

"They combined dance beats, dance music, drum loops and all those things that you normally associate more with dance music than indie guitar music, in a way that transcends any genre. They just had a go and produced one of the greatest albums of all time, and if that's not a testament to the power of just having a go, then I don’t know what is.”