There are many gangster guises on the big and small screen - as this best movie and TV gangsters list showcases.

Whether they rule with an iron fist, a ferocious foul mouth or a quiet sensibility devoid of any emotion, the most memorable on-screen gangsters are the ones whose presence knocks you completely off balance when you watch them and have you cowering in the corner fearing a wrong word will have you sleeping with the fish(es).

While the gangster genre may have waned of late, there have been plenty of classic examples of big bads over the years that stick in the memory forever. Here’s our pick of 10 - a list we could have filled 10x over. 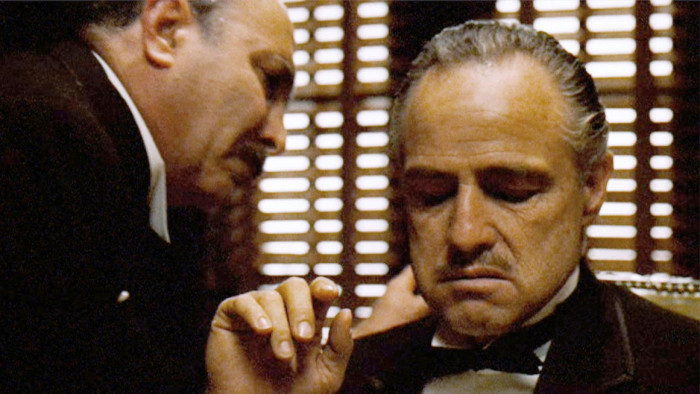 Now, it was a close one between Marlon Brando as Don Corleone or Al Pacino as Michael Corleone. Purely because Al already has a mention in another role we have decided that Brando’s cotton-mouthed portrayal of Corleone is well worth a mention on this list. Hell, it’s the ultimate gangster on film - not bad given he’s only on screen for about 15 minutes. 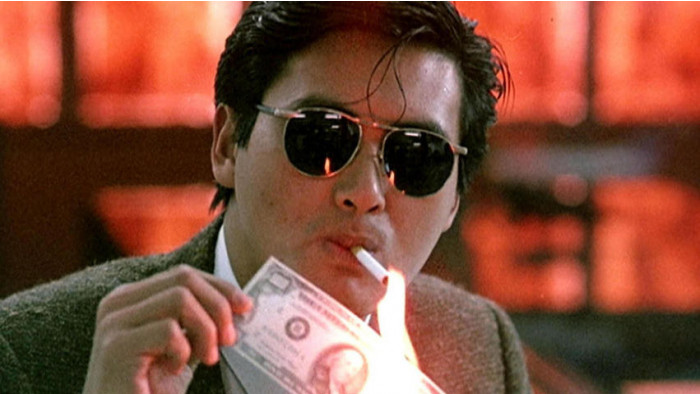 Mark Gor (a fantastic Chow Yun-Fat) is an ex gangster trying to make peace with his policeman brother - the problem is, his past keeps following him around like a bad smell. What ensues is some fantastic gun-fu that put director John Woo on the map and one of the best gangster films ever made. 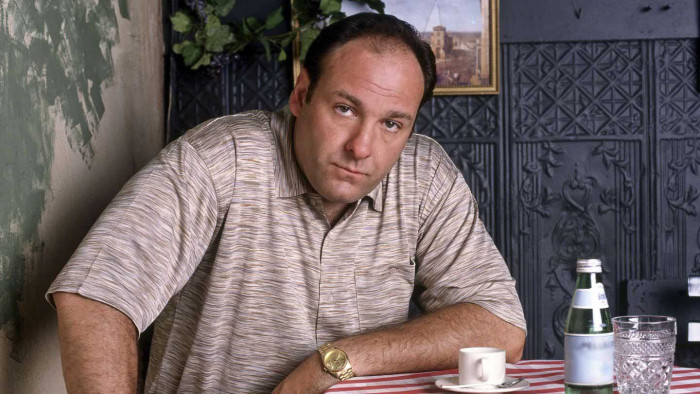 He loves his family, food and is filled to the brim with moral fibre, but Tony Soprano is also a gangster who is trying to guide one of the biggest crime families in Newark to infamy. Played perfectly by James Gandolfini, Tony is hot headed and has deep-seated psychological problems but is just a powerhouse of a character to watch. 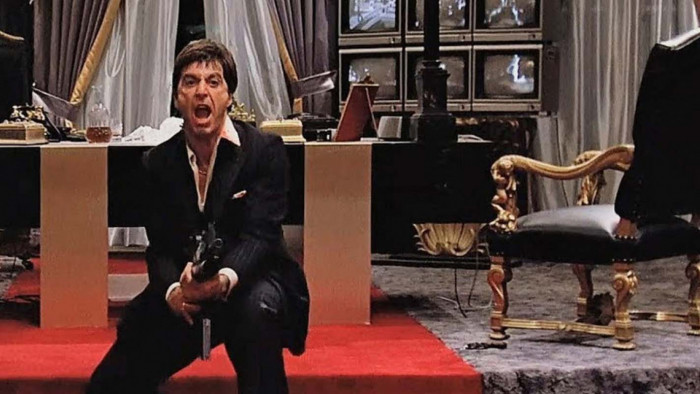 There are so many lingering memories of Scarface - and they all feature Al Pacino’s Tony Montana and usually a mountain of the white stuff. Pacino is perfect as the Cuban immigrant who heads to Miami looking to fulfill the American dream any which way he can. His exaggerated acting throughout is matched by the movie’s excessive violence, swearing and graphic drug usage. 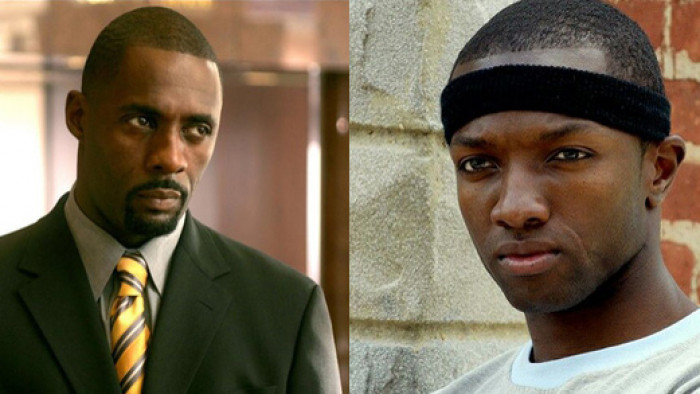 We can’t choose between Stringer Bell and Marlo Stansfield when it comes to their gangster villainy in The Wire. They are both terrifying in their own way. Stansfield is a cold, heartless killer that rules by fear, while Stringer Bell (a young Idris Elba with a perfect Baltimore accent) is a businessman trying to earn his keep from the sprawling drugs world. 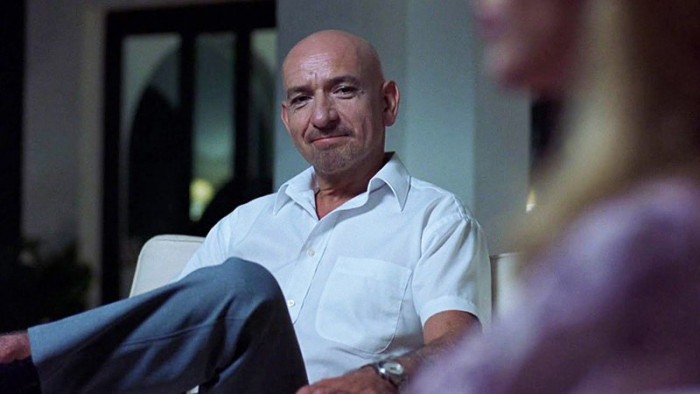 Don Logan is one of the best characters of the 21st century (Sex Beast was released in 2000). He’s the hate-filled, angry gangster who is trying to persuade ex-gangster Gal (Ray Winstone) to do one last bank robbing job. He’s pretty persuasive, too, through the dropping of C bombs and excessive violence. Ben Kingsley nails the role and shows just how diverse an actor he is (given he is also the guy who played… Gandhi). 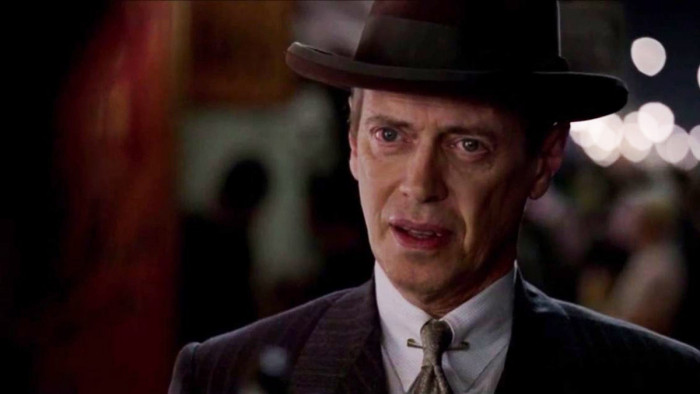 Calm-headed, suave and a sartorial savant, Nucky Thompson is the sort of gangster that gets others to do the dirty work, making sure his shoes are polished throughout. A politician in the day, gangster at night he is the top dog in Atlantic City riding the illicit wave of prohibition - pats on the back all round, then, for Steve Buscemi’s brilliant performance. 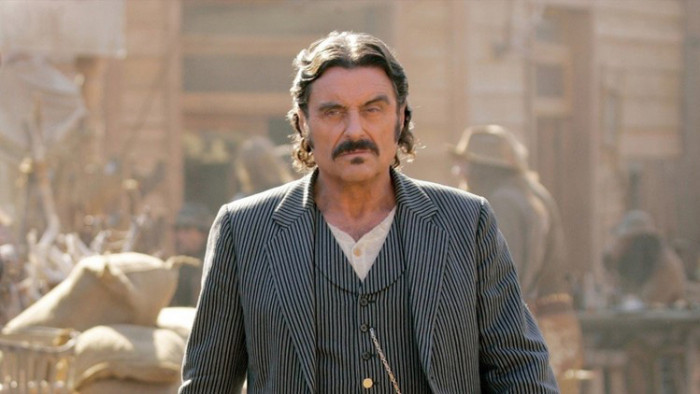 There has never been a better named gangster as Al Swearengen (amazingly, a name not made up. It perfectly encapsulates the profanity-filled saloon and brothel owner (based on a real life character of the same name amazingly) that steals the show in Deadwood - a brilliant Western series. Ian McShane, a far cry from Lovejoy, is fantastic in the role and given the first episode has 43 fucks in it, he is the one that mutters pretty much all of them. 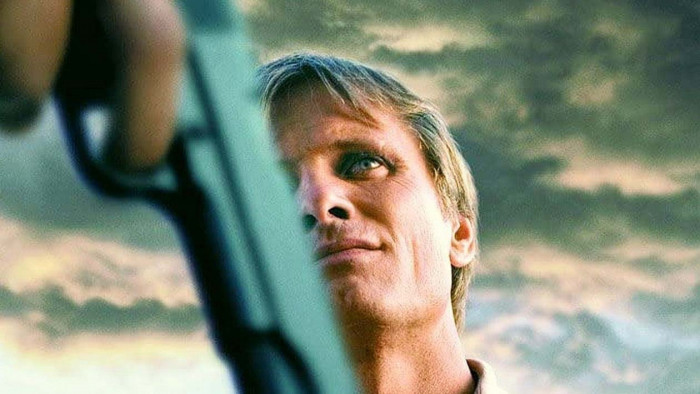 9. Tom Stall - A History of Violence

A History of Violence is terrifying because for the first half of the movie, it plays out like a family film. Then - spoiler alert - all hell breaks loose when the mild-mannered Tom Stall’s secret is revealed when he confronts two robbers in self defence. The way he deals with them shows that he has a particular set of skills that he learned from a dark past. Once a gangster (or in this case, a hitman), always a gangster. 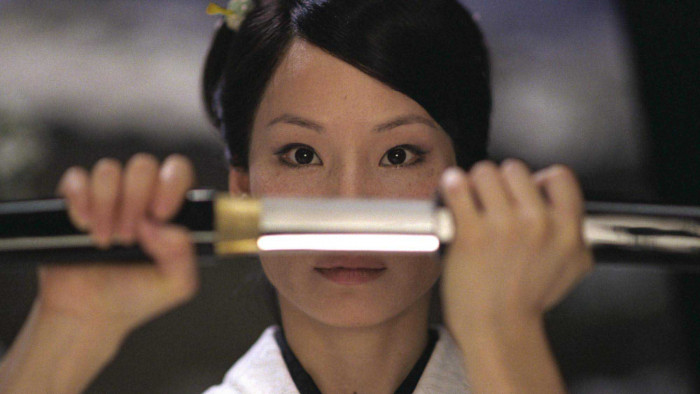 Quentin Tarantino has created a ton of memorable characters (and scenes) but the introduction of O-Ren Ishii is up there, slow motion walking to the theme from New Battles Without Honor and Humanity. It’s brilliant to watch and shows just how much of a badass gangster O-Ren is. The supreme leader of the Tokyo Yakuza (and a member of the Deadly Viper Assassination Squad) she is the big bad to The Bride and while she ends up being no match, we still adore how nasty she is.