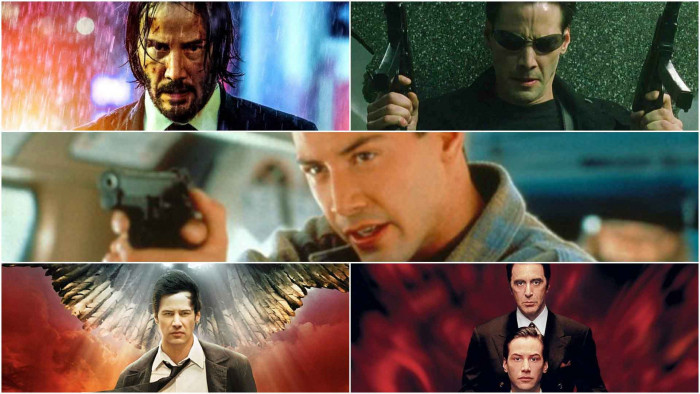 The actor, now in his 56th year, has straddled four decades of Hollywood, ping-ponging from dramatic roles to action heroics to down-right ridiculousness.

His latest movie, Bill & Ted Face The Music, is definitely in the latter camp. It is out in the US now (16 September in the UK) and it got us thinking about Keanu and his career and, well, his awesomeness.

He’s an actor that’s been accused of being wooden and one note, but who gives a damn if what he’s playing is the right note?

So, forgive us if you will, as we take a trip down memory lane and highlight 10 points in Keanu’s career where he was just simply ... brilliant.

Given he has over a hundred credits to his name, this proved rather difficult but here are the times when he proved that, when it comes to just being Keanu, there's nobody better… 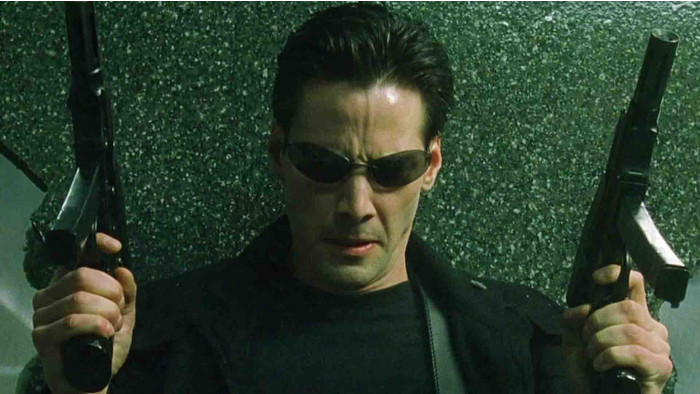 The Matrix movie is a wonderful imagining of that post-modernism class you took at University, only with added kung fu and gun fights. Yes, the philosophical moments are a bit like your stoner mate trying to explain Jean Baudrillard to you after he ate too much brownie, but the fight scenes were/are game changing. Keanu is perfect as Neo - perplexed enough to mirror the audience's confusion but also brilliant at all the wire work and martial arts. And he just oozes cool.

The moment he downloads the knowledge he needs to become a star fighter, simply saying: “I know kung fu,” is just superb and almost makes us forgive the god-awful sequels. Almost. 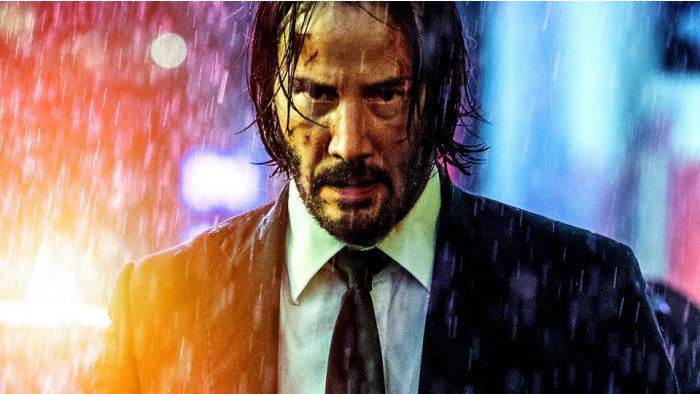 The first John Wick movie is a masterclass in restraint; the way it tackles toxic masculinity, ripping up action movie tropes while… Who are we kidding? The John Wick movies are balls-to-the-wall action, with the premise being Keanu Reeves is Wick, an ex hitman that comes out of retirement to avenge the death of his beloved dog. Yes, the plot is wafer thin but it actually just scrapes the surface of a more convoluted premise that revolves around an army of assassins that live in a hotel who kind of rule the world (something that’s explored a bit more in the sequels).

This is a perfect movie for Reeves - he shows off his deft stunt work and plays everything with enough deadpan to convince yourself that a middle aged man would go to these lengths because of the love he has for his dog. 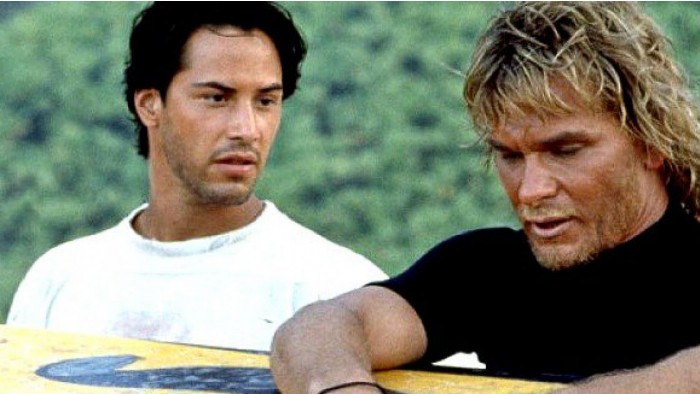 Keanu Reeves won the name lottery in Point Break. Johnny Utah is such a perfect name for his character, a surfer dude turned bank robber who is really an FBI agent. Sorry, an F...B...I…Agent. The group he joins/infiltrates is headed up by the person who took baby out of the corner (Patrick Swayze) and half of the Red Hot Chili Peppers. What ensues is a film that is dripping in so much testosterone it’s the the smell in a mens’ locker room visualised.

One of the most thrilling scenes takes place during a skydive where Utah and Brodhi (Swayze) have a big dick-measuring match while hurtling rather fast to the ground. Oh and there's only one parachute. 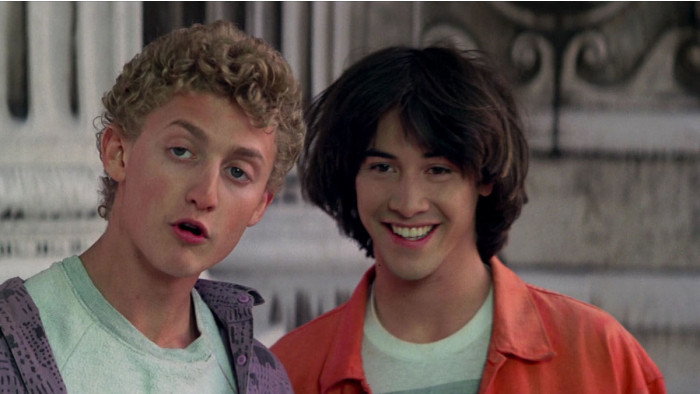 The reason this list exists and one of the truly best performances by Keanu Reeves. Both Excellent Adventure and Bogus Journey prove that all you need is simple charm, effervescent energy and a mandate to not take yourself seriously for a movie to work.

This is best summed up in Excellent Adventure with the sheer joy of watching Napoleon go to the Waterloo water park in San Dimus and when Bill & Ted beat Death at Battleships in Bogus Journey.

“A hit. You have sank my battleship!” is a comedy line up there with the best. 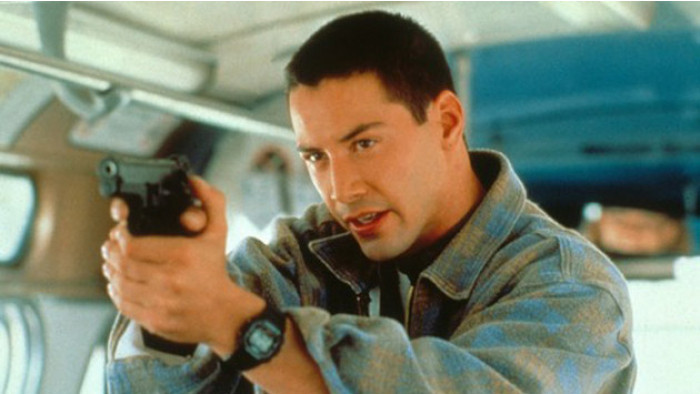 Let’s get this out of the way first: what an utterly stupid premise for a movie. Seriously, just think about it for a second: a bus that will blow up if it goes under 50MPH? In anywhere but cocaine-laced Hollywood, the film would be over in seconds. But it’s so enjoyable, thanks to a manic Dennis Hopper playing a manic Dennis Hopper, a superb Sandra Bullock, fresh from using the three seashells in Demolition Man, and of course, Keanu Reeves.

Here he plays the calming influence of Jack Traven, a police officer who gives it his all to make sure that damn bus doesn’t slow down - which mainly means uttering things like: “I'm a cop! LAPD! There's a bomb on your bus! THERE IS A BOMB ON YOUR BUS!”

This all comes to fruition when he has to get Sandra Bullock’s Annie to manoeuvre the thing so that it jumps over an unmade bridge on a disused bit of highway. 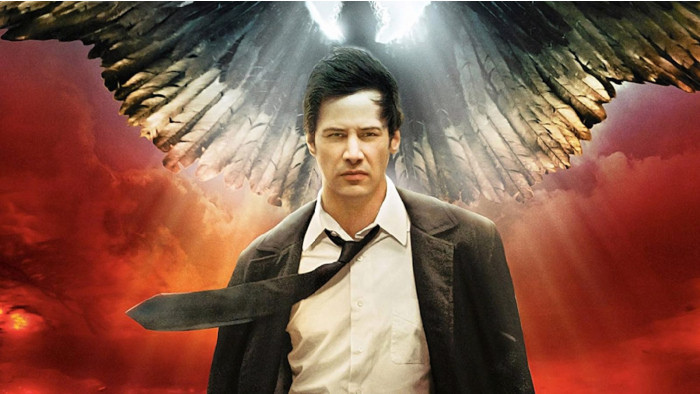 John Constanine in the Hellblazer comics is a blonde Liverpudlian who was based on the look of Sting. So it made sense that dark-haired Canadian Keanu Reeves would get the part for the big-screen adaptation. Snark aside, it worked. The movie wasn’t a massive success but Reeves made the character his own and despite mixed reviews at the time it’s been reassessed since, with many giving Keanu more credit than he first got. It’s no wonder, then, that he’s rumoured to be gearing up for a sequel. 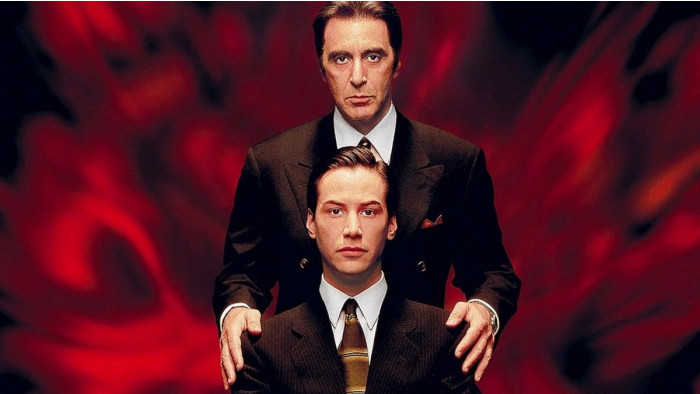 Al Pacino delivers a towering performance as John Milton in The Devil’s Advocate. He’s blessed with the best lines - “Vanity is my favourite sin” - yet it’s still Keanu that mesmerises us in the movie. Yes, his Southern accent is pants but he’s great in the courtroom scenes and manages to counter Al Pacino’s I AM SHOUTING WHICH MEANS I’M ACTING persona brilliantly. 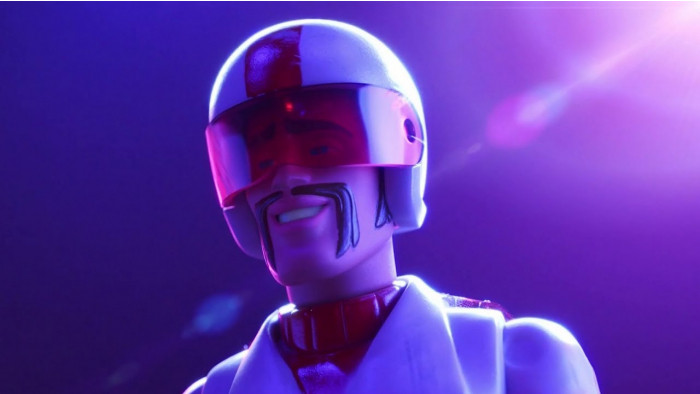 Toy Story 4 is way darker than we were expecting. The whole Gabby Gabby thing and toys that are rejected plays out like Raggy Dolls: The Horror Movie. But a shining light in all this is Keanu voicing Duke Kaboom, the finest stuntman ever to grace Canada. It’s a brilliant turn by Reeves who manages to add just enough earnestness and comedy into the role. 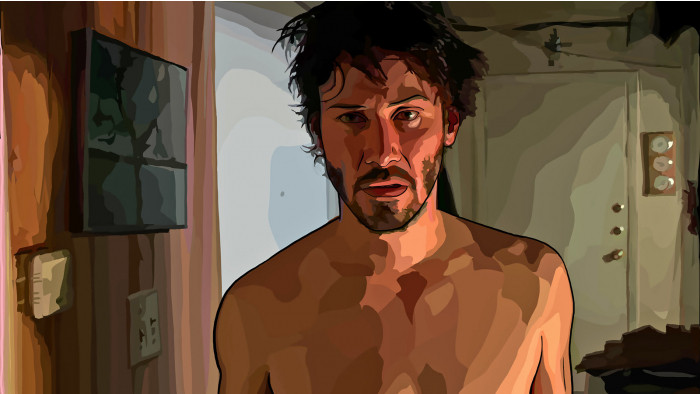 The characters Keanu Reeves plays always seem to have a bit of stoner in them. While this is most likely his laconic acting style, it works fantastically well in A Scanner Darkly. Reeves plays an undercover informant (again) who gets a little too used to the drugs he needs to take to stay undercover. Sample dialogue includes: “I realized I didn't hate the cabinet door, I hated my life…”

We’ll have what he’s smoking, please. 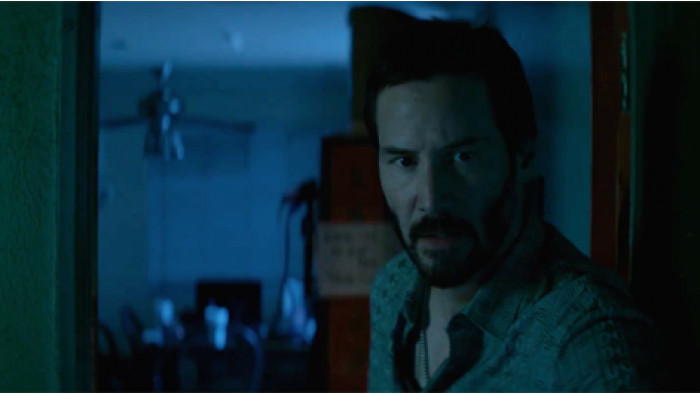 The Neon Demon is criminally underrated. Nicolas Winding Refn’s horror movie of sorts, which is set among the fashion industry, looks fantastic with all of its literally neon-lit scenes. But look closer and there are flies buzzing around those lights. One of them is Keanu who plays an utter prick of a motel owner in this film, and amazingly still ends up being one of the more sympathetic characters.

Yes, it’s a cameo but he’s so out of type here, his portrayal lives long in the memory. Oh and he has to fight off a mountain lion which is also pretty cool.