GoPro is to action cameras what Google is to search engines. It has fresh competition from the surprisingly brilliant DJI Oslo Action. But for now at least, GoPro is the name to beat. But which is the best GoPro to buy?

UPDATE:We've updated this guide for the tail end of 2019, complete with some notes on its latest 360-degree camera the GoPro Max. It lets you take crazy, scene-bending footage, or you can use it just like a normal GoPro.

We’ve used all of the current models, and those from the last generation you can still buy. We attached them to bikes and became “that person” running along awkwardly with a GoPro attached to a selfie stick. The things we do for you.

There are no duds in the GoPro action camera line-up. Here are some insights into which model may be right for you.

And for a wider look, be sure to check out our best action camera group test. 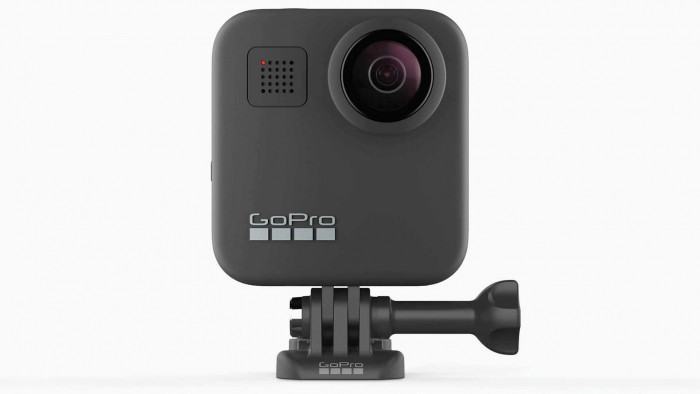 This is the follow-up to the GoPro Fusion. It's a 360-degree camera. But unlike the original, the Max is very much an all-purpose GoPro, and perhaps the most fun model in the entire range.

You can use it like a normal GoPro, and flick to the 360-mode with a single button press. It also has an incredible new stabilisation mode that can keep your horizon straight even if the camera itself does a full 360-degree spin. It's a bit bigger than the Hero 8 Black and standard video quality isn't as good, but there's a lot of fun on tap here. 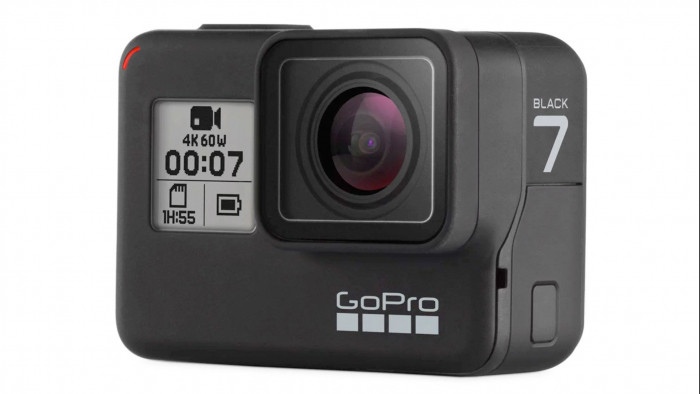 This is the go-to high-end GoPro action camera. It has a stronger sensor and better stabilisation than any of the other traditional GoPros.

Your video looks better at night, and a bit smoother when you use it for action shooting. GoPro calls its stabilisation mode “HyperSmooth”.

The Hero 7 Black is also the only cam we’d recommend for any serious projects or home-brew film-making.

It gives you loads more control than either the Silver or White. It’s less simple as a result, but some people want more than just a “press the button and go” approach. There's a screen on the front too. It lets you see basic settings as you shoot video of yourself.

The GoPro Hero 7 Black’s 4K footage looks excellent in daylight, and goes up to 60 frames per second. This is great for any aspiring YouTube’ers out there.

You also get better voice activation than the other GoPros, and slo-mo at 240fps even when shooting at Full HD resolution. This slows down action by eight times, a useful tool for extreme sports or for editing in sequences with a different look to normal-speed footage. 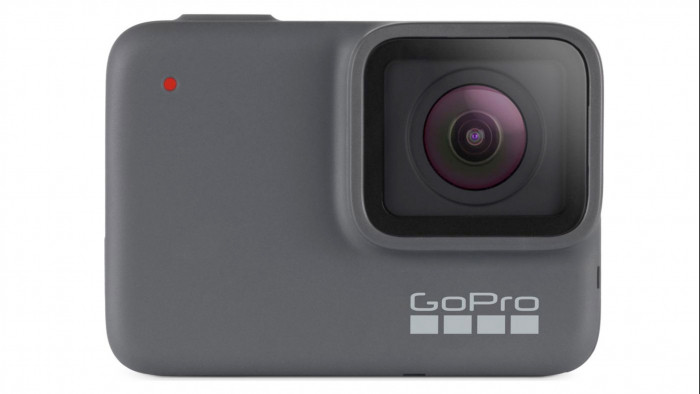 The GoPro Hero 7 Silver is the middle-ground action camera. It sits between the entry-level White and the top-end Black, both in terms of features and price.

4K video capture is the big upgrade here. However, in use the Silver seems a lot closer to the White than the GoPro Hero 7 Black. It has easy-to-use, simplified software that strips back the controls to let you start shooting more quickly, and with less faffing about in menus.

Low-light video quality isn’t as good as the Black’s, and neither is 4K video. However, we think most hobbyists will be very happy with a GoPro Hero 7 Silver.

Annoying parts? The Hero 7 Silver’s battery is non-removable. When it runs out you need to recharge. And given it may get you less than an hour’s footage if you don’t shoot continuously from full to flat, the Hero 7 Black’s hot-swappable battery is a killer feature for many. 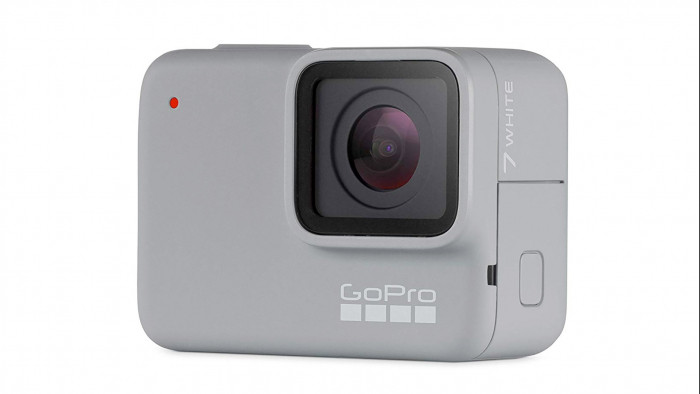 This is 2019’s action camera for people who want a GoPro but don’t want to spend too much. Want the good news or bad news first?

Let’s start with the good. The GoPro Hero 7 White has the same water resistance as the Black, so you can shoot underwater on holiday without a separate case. We remember the days when underwater casings cost almost as much as this camera.

It looks just like the Silver too, aside from a slightly different body colour. And it’s blissfully simple to use, only let down slightly by software that won’t feel nearly as responsive as your phone. Well, unless you have a rubbish phone.

Bad bits: there’s no 4K video here. It seems a pretty important omission when 4K TVs are the standard, and have been for years.

However, if you’re not planning on trying to make it as a vlogger or an extreme sports YouTuber, the GoPro Hero 7 White may well be the right choice. It’s affordable, it’s well-made and it does the job well. 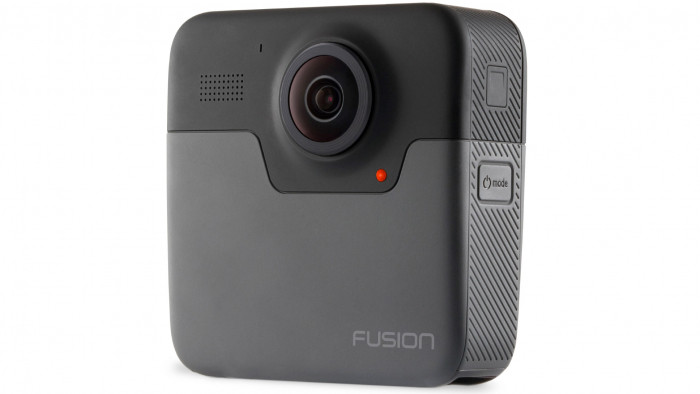 This GoPro is unlike all the others. It has 180-degree fisheye lenses on its front and back, and shoots 360-degree video.

The Fusion is the weirdest and most expensive GoPro of the lot.

You can upload 360-degree video to YouTube, and watch it using a VR helmet (or by scrolling around on your monitor). But the Fusion also uses its wide-angle view of the world to let you edit your videos after the fact. You can crop into the scene, pan and zoom around, or even output the entire 360-degree feed as a flat video that makes it look as though you’re walking around on a tiny little globe.

For tech fans, this is easily the most fun GoPro to play around with. But if you want an action camera to strap to bike helmets or your dog’s collar, we’d probably pick one of the “normal” GoPros. This one is far larger. And while the price has come down a lot since launch, it still costs enough to warrant careful treatment.