Ennio Morricone, who sadly passed away at the age of 91 this week, was so much more than ‘that’ The Good, The Bad and The Ugly intro - as this best Ennio Morricone albums list proves.

It’s a scandal that it took until 2016, and the Hateful Eight, for Morricone to bag his first Oscar - although he was nominated five times before this. Not that Morricone really cared; he wasn’t part of the Hollywood set, living in Italy his whole life he never learned English.

His legacy shouldn’t be counted in awards but the music he left behind, though, and the people he influenced along the way. Without Morricone the likes of Metallica and Radiohead would sound very different today, or perhaps not be around at all.

Here we highlight 10 Ennio Morricone soundtracks that you need to listen to, the ones that swoop and soar and prove that we haven’t just lost one of the greats, but perhaps the greatest.

If you want to listen to all of these for free, then Amazon is currently offering its Music Unlimited for free for the next three months - if you don’t want to pay after that, then you just need to cancel. We’ve added a link to each soundtrack in the following list. 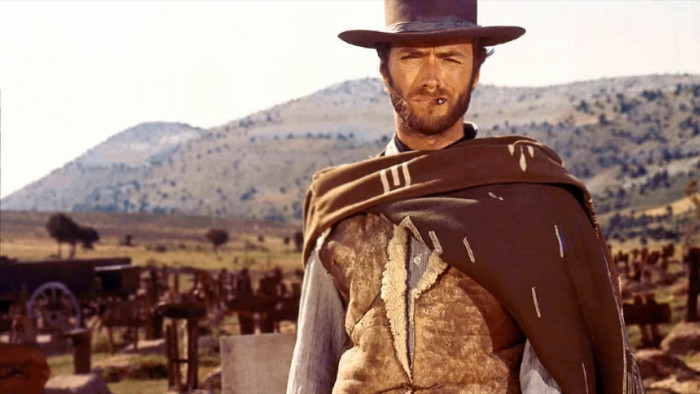 Morricone’s most famous soundtrack is a real spine tingler. The twang of the guitar, the whistling, the wah wahs… it’s a two-note melody that will forever shape how we see westerns and, alongside the movie, created its own Spaghetti Western genre. The Good, The Bad And The Ugly is a brilliant theme that conjures up arid desert towns mixed with a tang of blood, whisky and cigar smoke for good measure. 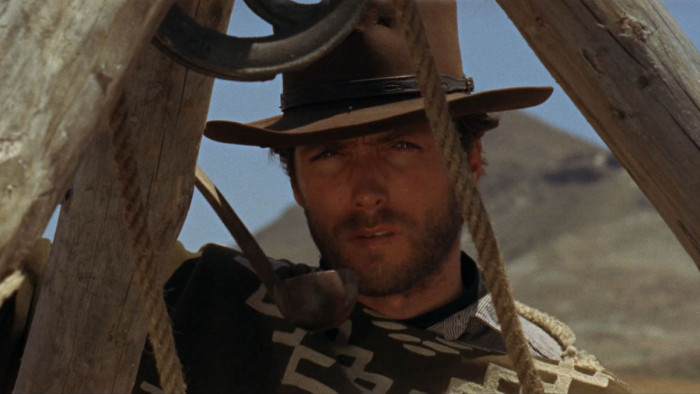 2. A Fistful of Dollars

While not as famous as The Good, The Bad And The Ugly, A Fistful Dollars is filled with Western delights. The whistle of the main theme is infectious but it’s the the whip-like percussion and chants that make it truly epic. Interestingly, it’s based on Woody Guthrie’s ‘Pastures of Plenty’ but his spin makes it into a soundtrack gem. 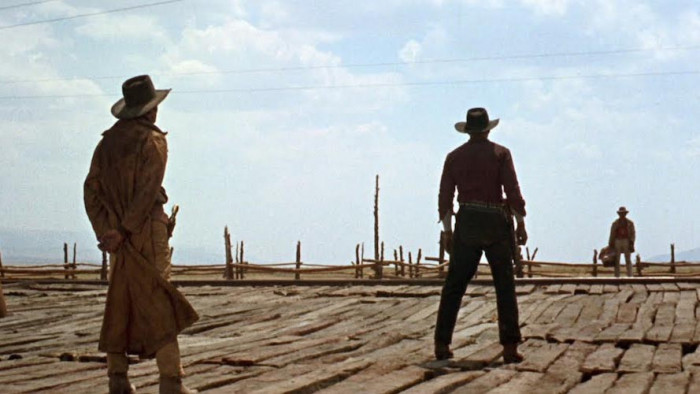 3. Once Upon A Time In The West

Out of all the Leone Westerns Morricone soundtracks, this is the most accomplished. Those who are fans of The Orb will instantly recognise Harmonica from the movie as the sample used in Little Fluffy Clouds. The rest of the soundtrack is a lush, expansive record that becomes an essential part of the movie. It was actually recorded before the movie was shot and played on set, setting the scene and elevating the acting of the movie. 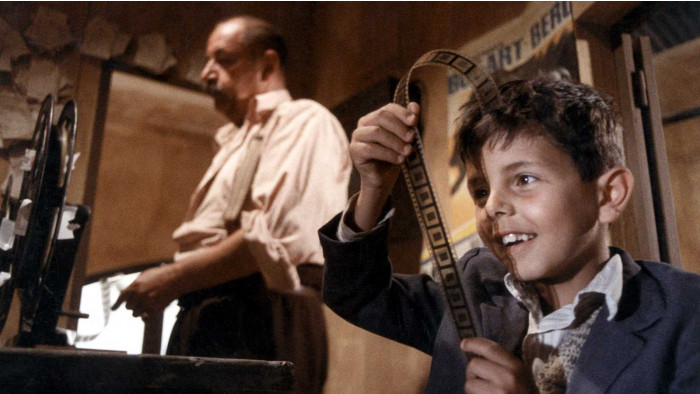 Giuseppe Tornatore's Cinema Paradiso was a massive success when it was released in the 80s, winning the best Foreign Language Film Oscar for its tale of a family that owns a local movie theatre. Morricone took on scoring duties alongside his son Andrea and the result is a romantic, lush soundtrack that flits between piano and jazz. It’s beautiful to listen to and we’re still shaking our heads that the best music Oscar that year went to The Little Mermaid instead. 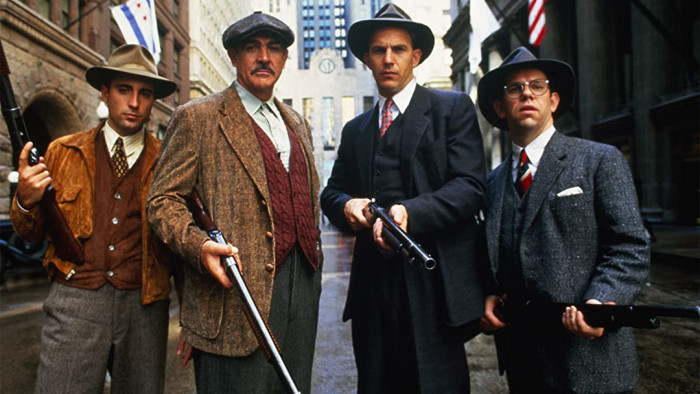 The Strength of the Righteous with its almost Inspector Gadget-like piano intro is a perfect start to The Untouchables, a movie about Elliot Ness and his fight to bring Al Capone down. There’s an immediacy to the music, that matches the speed of the movie and Ness’ constant attempts to outflank the gangsters. It’s moody, meticulous and it’ll make you want to don a hat and detective badge and go after the bad guys. 6. Once Upon A Time In America

Ennio Morricone’s career will be forever entwined with director Sergio Leone but it’s not their westerns that are the highlight but this masterpiece about the trials and tribulations of gangsters in New York. The soundtrack packs in harmonicas and whistling - two key Morricone components and meshes this with soaring strings. While the movie is epic, the soundtrack keeps things low key, adding a decent amount of melancholy to proceedings. 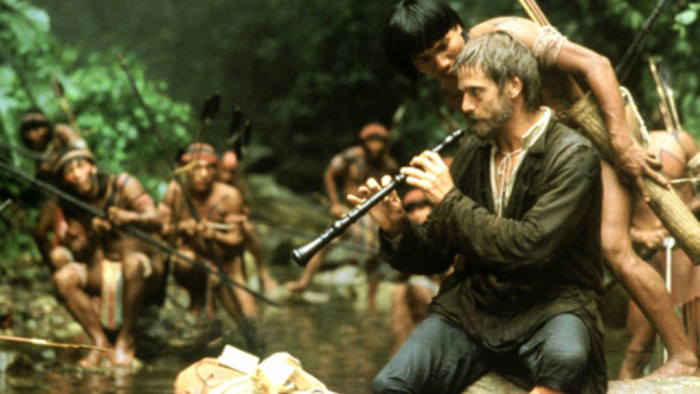 One of the many times where Morricone’s music is better than the movie, The Mission is a movie by Roland Joffé that is about an 18th century Jesuit mission. While the film is breathtaking places, it’s the score that elevates it. Gabriel’s Oboe is the track that many people will know (far more than who know the movie) and it sets the scene, with its rumbling drums, soaring oboe and choral melody. It’s been the soundtrack to many a wedding over time, which isn’t bad for a piece of music that lasts just two minutes. 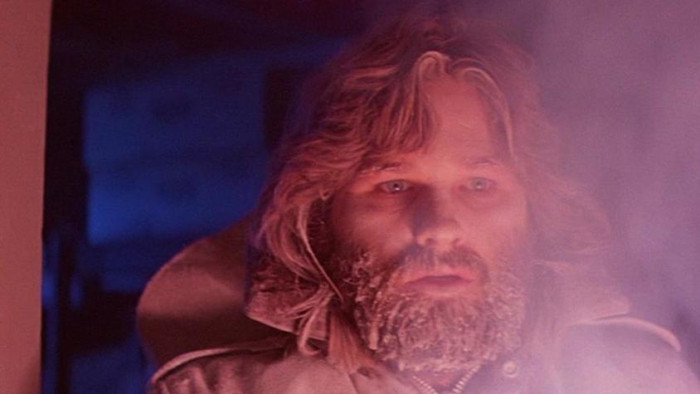 Desolation, from The Thing soundtrack, starts with what a synthy heartbeat and mutates, like the monster in the movie, into something so much more. It is packed with fear and foreboding - before anything happens on the screen, the music tells you that this isn’t going to be a pleasant movie. Morricone had big boots to fill, as this is one of the few John Carpenter movies not to be scored by the director himself, but boy did he deliver. 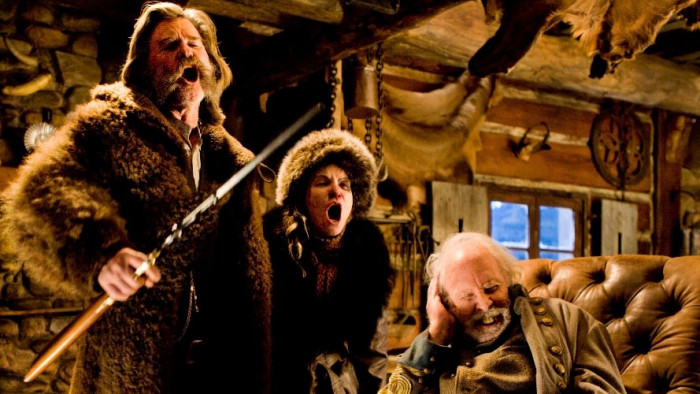 Quentin Tarantino being Tarantino had wanted to work with Morricone for ages. He’d already sprinkled a load of his previous tracks into his other movies - but this is the one that Morricone offered up an original score for. It’s a brutal, harsh soundtrack that echoes the freezing weather of the movie - a far cry from the heat of his spaghetti western soundtracks. It won him an Oscar, but any of these in the list should have done that as well. 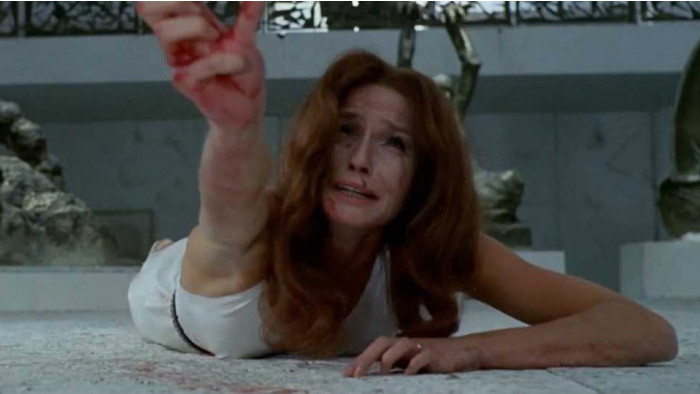 10. The Bird With The Crystal Plumage

If you want to hear Morricone at his more eclectic, then The Bird With The Crystal Plumage is for you. The 1970 giallo film directed by Dario Argento is a soundtrack that is made up of mostly improvised songs and veers into almost pop music with its jazz drums and catch melodies. To make sure you don’t get too comfortable, though, he punctuates this with sounds of pure terror throughout.