2020 is the year you should get into 4K movies. There’s no better time to treat yourself to one (or five) of the best 4K Ultra HD Blu-rays.

These discs offer a viewing experience as close to seeing it at the cinema as possible, and an even better one in some cases thanks to brand new 4K restorations. There'll be no-one checking their Facebook feed in the row in front either.

You need a UHD Blu-ray spinner to play them. The Panasonic DP-UB150 is a good budget deck. Both the Xbox One S and Xbox One X can handle these discs too.

So whether you’re buying for yourself or someone else, take a look at ten titles that will surely bring some silver screen sparkle to your home. 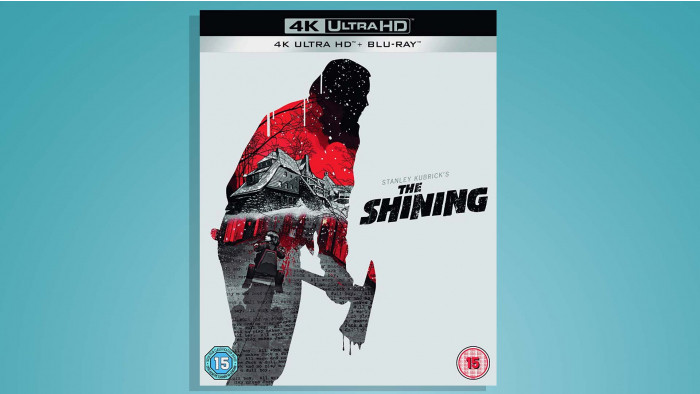 The 4K resoration of Stanley Kubrick classic The Shining debuted at 2019’s Cannes film festival, and now you can see it in all its terrifying glory at home.

Never seen the film? It's a Stephen King adaptation. Jack Nicholson’s Jack Torrance descends into psychological turmoil after taking up the winter caretaker position at the Overlook Hotel. It's a creepy place.

The original film was already rich in colour but the 4K makeover raises the stakes, bringing a vividness to the carpets, the surroundings, and especially those bloody elevators. Special features include a commentary from Steadicam inventor/operator Garret Brown and historian John Baxter, Vivian Kubrick’s documentary on the film and three featurettes. 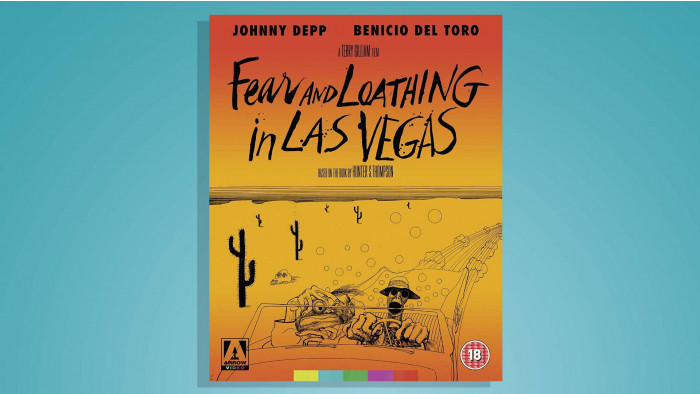 2. Fear and Loathing in Las Vegas

Terry Gilliam’s adaptation of Hunter S. Thompson’s psychedelic novel is a cult classic that deserved its 2019 4K restoration. The film follows Thompson alter-ego Raoul Duke (Johnny Depp) and his attorney Dr Gonzo (Benicio del Toro) as they attempt to chase a story only to be derailed by their continuous intake of psychoactive narcotics.

The 4K makeover brings a brilliantly rich quality to an already hallucinatory movie shot in widescreen Super 35. To go with a gorgeous restoration, the two-disc edition also includes the documentary For No Good Reason, about illustrator Ralph Steadman, a new Gilliam commentary moderated by Phil Stubbs, a featurette, behind-the-scenes and archival footage plus so much more. 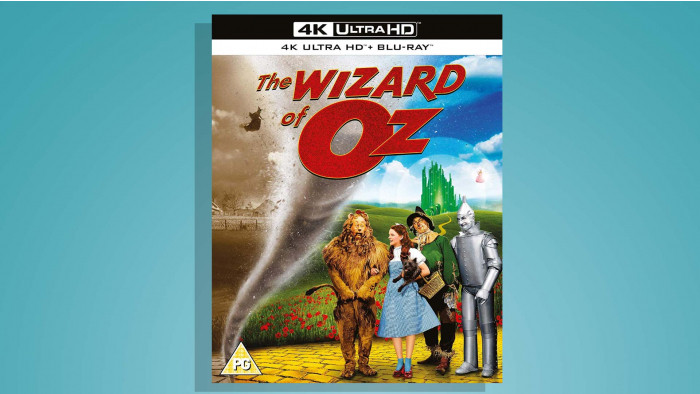 80 years after its release, The Wizard of Oz has been remastered in 4K to make the moment Dorothy lands in Oz look and feel as dynamic as if it were made today.

Somewhere over the rainbow, is the magical world of Oz. Judy Garland’s Dorothy in need of the Wizard to return her home to Kansas. You know the drill.

The 4K edition's special features include a commentary from Oz historian John Fricke and Barbara Freed-Saltzman (daughter of producer Arthur Freed) plus a "Making of" featurette. There’s also a singalong feature, a video storybook read by Angela Lansbury and more. 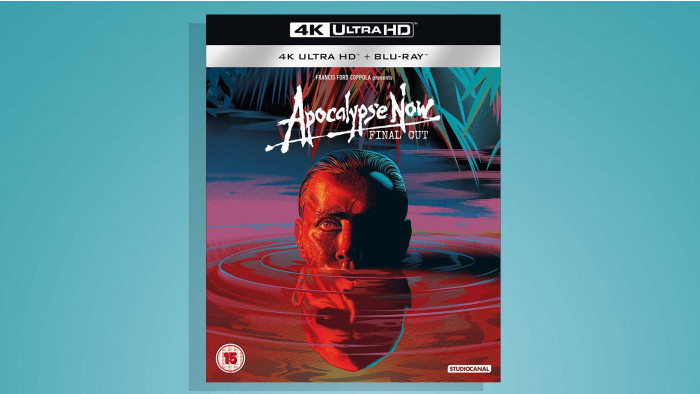 Francis Ford Coppola says this version of his wartime masterpiece is his favourite, and it’s clear why. The Final Cut, running at 3hr 23min, is a visceral, cinematic experience that still excites 40 years after its release.

Martin Sheen’s Captain Willard is on the hunt for a renegade colonel who has set himself up as a demigod in Cambodia during the Vietnam War. The 4K restoration and new edit does this groundbreaking war film ultimate justice and should be in every cinephile’s movie library. 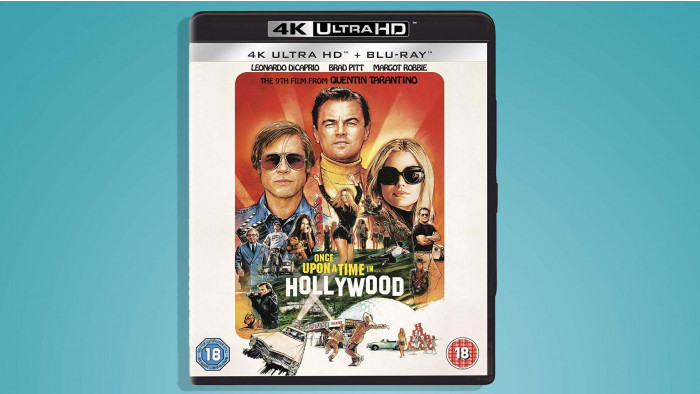 Quentin Tarantino’s latest is a love letter to Old Hollywood. It follows the misadventures of two best friends, TV actor Rick Dalton (Leonardo DiCaprio) and his stuntman Cliff Booth (Brad Pitt), as they navigate the changing cultural landscape of 1969’s Los Angeles. Fledgling screen star Sharon Tate is settling into married life but soon her life collides with Rick's and Cliff's thanks to the ominous actions of the Manson Family.

Once Upon a Time in Hollywood is everything you could want in a Tarantino movie, and includes a killer final act that will see you fist pumping the air. It looks gorgeous in 4K too.

That’s not it, though. Special features include over twenty additional minutes of footage that delves deeper into the world of Rick Dalton’s Hollywood, from production design to costume design, cars and more. 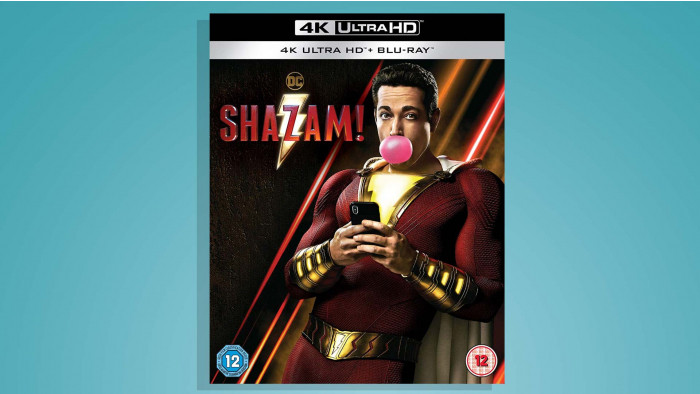 DC’s comic superhero movie Shazam! was a runaway success. It told the story of a young boy (Asher Angel) imbued with the magical powers of an ancient wizard (Djimon Hounsou) to become the adult hero Shazam! (Zachary Levi).

This standalone movie was a campy breath of fresh air in the somewhat dark DC Extended Universe and in 4K Ultra HD it’s even brighter. The disc comes with some serious special features including test footage, outtakes, deleted and extended scenes, featurettes, gag reels and even more. 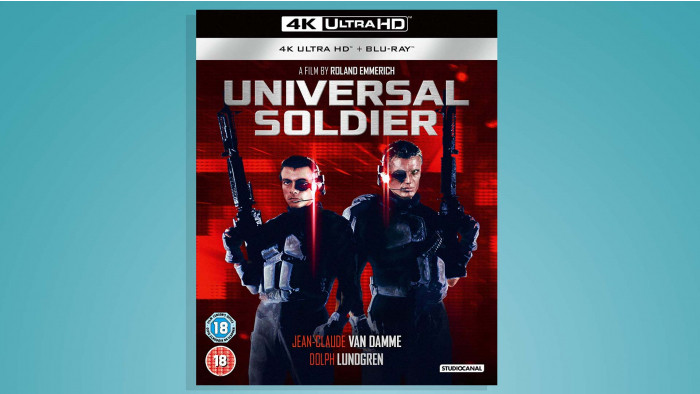 This 90s sci-fi classic, directed by Roland Emmerich, pits Jean-Claude Van Damme’s super-soldier Luc Deveraux against Dolph Lundgren’s deranged Andrew Scott. Both are used by a secret US government program as killing machines. When their memories start to return, so does the deep-seated animosity between the two. Chaos ensues.

Picture quality is more rich and dynamic thanks to a new 4K restoration. Specular highlights are up to 40 times brighter and blacks are up to 10 times darker, making the most of 2020's TV tech. This special edition also includes a commentary track from Emmerich, van Damme and Lundgren, two "Making of" featurettes, an alternate ending, behind-the-scenes footage, and the original trailer.