You can now play the original Diablo in your web browser 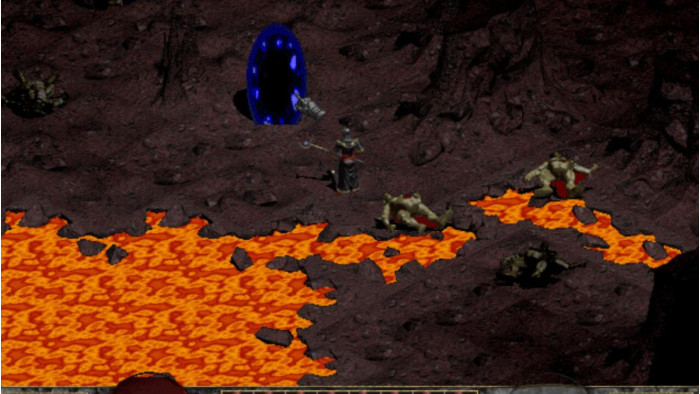 Incredibly, 22 years have passed since the original hack-n-slash RPG Diablo arrived, allowing you to send animated skeletons tumbling to the ground with a click of the mouse.

For those who prefer not to think about what that means, vis-a-vis ageing, a group of enterprising coders have made it so you can play the whole damned game in your browser, letting you pretend it’s 1996 all over again. Although given it was originally released on December 31, you won’t get to imagine your way through Euro 96 all over again.

The port is possible via the handiwork of Rivsoft, which itself built on the reverse-engineered source code teased out by GalaXyHaxz and the Devilution team. That means all the bugs and bad code from 1996 are still present and accounted for: bliss.

You don’t actually need the game to play it, either. Because Diablo had a generous shareware version of the game, you can just play that, albeit with no choice in character and only the first third of the game available. There’s a Github to download the files, which you then drag and drop into the browser window.

If you have the full game though – and you can buy it for £7.89 from GOG here – then there’s nothing stopping you dragging in a .mpq file and enjoying the full experience right there in Chrome, Safari, Edge or Firefox.

Once you’ve revelled in how 22 years haven’t exactly been kind to the game, you might be in the mood for titles that have better lasted the test of time. If you are, then be sure to consult our definitive list of the best retro games