Cover your ears, this is gonna be tough 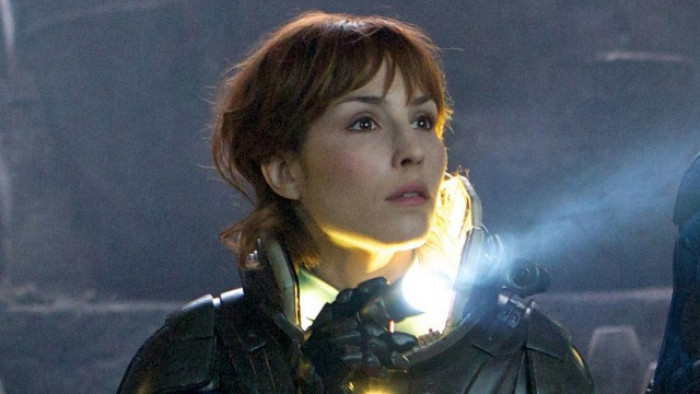 "Cor blimey guv'nor!" is apparently where the majority of dialect coaches start when it comes to teaching the many intricacies of the British accent.

And while many have managed to master the hard t in city without sounding like a parody, others have failed. And oh how they've failed.

Here are the nine very worst attempts at a British accent ever in cinema. Let us know if we've missed off your pick at the bottom

While many assumed that Rapace’s character was simply non-specific European, weirdly, for all those with both working ears, she was actually supposed to be English. Admittedly she was raised in South Africa but, given the Swedish twang of her voice, that information actually makes everything even more confusing.

While you’ve probably never seen Blow Dry, the comedy about the British Hairdressing Championship (??), you’ve undoubtedly heard the legend of Josh Hartnett’s astonishingly bad Yorkshire accent. Impossible to replicate, it’s really something to be savoured. Except if you’re from Yorkshire.

Speaking of ear-crushing Yorkshire accents, here’s Anne Hathaway taking on her most challenging performance. Well, vocally at least. Unlike Renee Zellweger and Gwyneth Paltrow before her, Hathaway struggled to convince as a Brit. You’ve been warned.

The bad Cockney accent that all others are measured by, Dick Van Dyke’s casting in Mary Poppins remains a compelling mystery. Largely indecipherable and permanently distracting, he’s luckily made up for it since with countless episodes of lunchtime mystery drama Diagnosis Murder.

Quite what inspired anyone involved with Francis Ford Coppola’s gothic adaptation to cast Californian Keanu Reeves as the completely 100% British Jonathan Harker is still a bizarre and potentially unsolvable mystery. This succinct clip is a perfect reminder of just how misjudged that decision was.

Despite the fact that Barton was born in Hammersmith and lived here during her early childhood, this attempt at being a convincing English girl is, ahem, a tad skewed.

A touchy subject here as hot-headed Australian Russell Crowe attempted a Nottingham or Sheffield or something accent in Ridley Scott’s poorly-received take on the legend of Robin Hood. Crowe was particularly sensitive about the exact whereabouts of his dialect and walked out when it was brought up during an infamous interview with Mark Lawson.

A valiant attempt here but a failed one nonetheless. Natalie Portman’s lead character in the dystopian thriller V For Vendetta has a clipped posh accent that sounds like no one you’ve ever met. But then the film, which also sees Aussie Hugo Weaving star as V, is one of the least British-feeling films ever to be set in Britain.

Is this a worse accent than Dick Van Dyke’s? We would posit: yes, it absolutely is, because it has come after Mary Poppins and as stark a warning as that was, it has been ignored by Charlie Hunnam. This horrendous gobble of twisted syllables and distorted vowels is an aural nightmare that ruins an otherwise quite good film. Oh well, bett-ah giaow daayn tha poob an ayve a bladdy point thin, you ballacks.

While we’re on the subject of cockney accents, here’s another absolutely baffling example - the mind boggles as to how Cheadle even got past the audition stage. Presumably nobody on the cast or crew had ever heard anybody from London speak, and gave old Don a big pat on the back for nailing such an elusive and mysterious accent. Well done Don! YOU SAND LIKE YAR FROM LANDAN!

Honourable Mention: The worst Geordie accent to ever have existed on this planet

Can’t really count this, because it was on TV, and not in a movie, BUT WHAT ON GOD’S GREEN EARTH.