Why 31 is objectively the most boring age to be 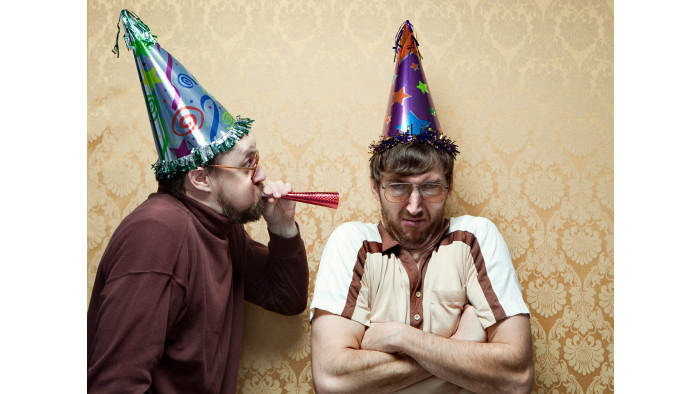 Your thirtieth birthday, despite what most people say, can be a lovely time for celebration and reflection. Yes, the first part of your youth is gone, it’s dust, you’ll never be twenty something again, but you’ve made it to thirty! You don’t have the insecurities of your early twenties, the awful relationships of your mid-twenties, and you might even own something now. Not a house, of course, but maybe a sofa, perhaps you’ve got a half decent house share with a couple of mates, or you’re living with a partner that isn’t a complete shit to you.

Turning 30 doesn’t mean everything is sorted, but for one night you can pretend it is. It’s a milestone that signals you might be on your way to becoming an adult, though obviously nobody ever really feels like one, that’s a myth perpetuated by the government.

31 however, is a different story, take it from someone who’s about to turn that age. It’s the after-after-party that nobody really wants to go to, and as soon as you get there you realise you should’ve gone home to bed, nothing good will happen now. It’s the hangover to your big shiny milestone. Nobody gives two fucks about it. Nobody will give a fuck about a birthday now until you’re 40. Forty! What the hell is that? You’re not going to make it to 40, and if you do, it’ll certainly be more depressing, because you’ll probably be more or less in the same position as you are now, maybe with a kid, and definitely with more baggage.

You still will not own a house. You might have purchased an additional item of furniture. Maybe a desk to finally write that screenplay? (Spoiler: you never write the screenplay but your desk is piled high with tax code letters and barely-written-in notepads)

When you turn 30, you’re 30, it’s a category all on it’s own, but when you’re 31, you’re suddenly in your thirties. How awful. You have to tick a different box on a form, and people start saying you look good, but now caveat it with ‘for your age’.

As a 31 year old woman, I will now become invisible to Leonardo DiCaprio, he has never seen one, he has been told they exist, and he’s aware that he has a mother, but that’s it. He’s the antithesis of Haley Joel Osment in The Sixth Sense. 31 is the lost year. Nobody has ever achieved anything good as a 31 year old.

I googled ‘celebrities that are 31’ just to heighten my sense of low achievement, and found that Rihanna, Zac Efron, and Lionel Messi are all currently afflicted with the same curse. Blake Lively is 31, but what’s she ever done aside from marry Ryan Reynolds and start a family with him?

The point is this, next week I will get drunk with whichever of my friends deign to turn up to this celebration of nothingness. I will invite a lot of my friends who are older to create an illusion that I am still a young ingenue. I will drink too much and make everyone ill-advisedly come back to mine, and slowly one by one, everyone will go home and wake up feeling like a piece of mouldy sandpaper. I will look in the mirror and stare in disbelief that I am 31 years old. I will look into buying a desk.