Watch out Disney Plus: Netflix teams up with Nickelodeon in multi-year deal 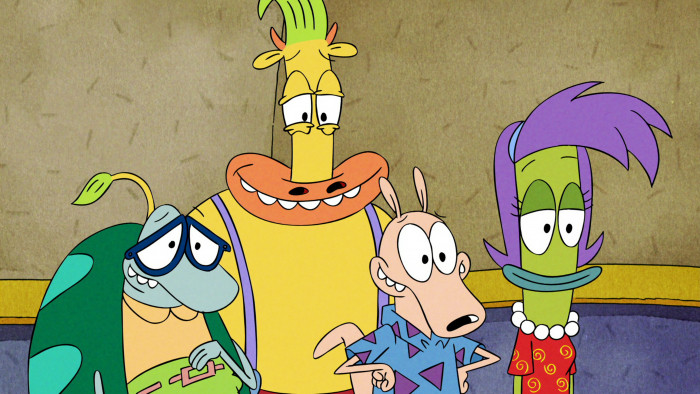 With the launch of Disney Plus and Apple TV+, along with incoming HBO Max, we are quickly becoming spoilt for choice when it comes to our streaming services.

This is all great news for us, but it does mean older streaming services like Netflix need to put up a bit of a fight to keep subscribers interested.

Their latest offering comes in the form of a multi-year deal with kids TV network Nickelodeon to produce new and original shows.

We don’t yet know many details about what to expect from the team up but the companies have previously worked together to bring Rocko's Modern Life: Static Cling and Invader Zim: Enter the Florpus to life.

We do also know that Nickelodeon has been working on a Teenage Mutant Ninja Turtles reboot, so that will likely find a home on Netflix, too.

Though, most exciting of all, are the suggestions from The New York Times that a musical SpongeBob spin-off based on the life of Squidward is on its way.

The same sources also estimated that the deal is worth an impressive $200 million, so expect a decent amount of content in the future months.

We’ll likely have to wait a little while for any shows to materialise though, so, in the meantime, why not check out our best Netflix TV shows.