"This is nothing to be concerned about!" 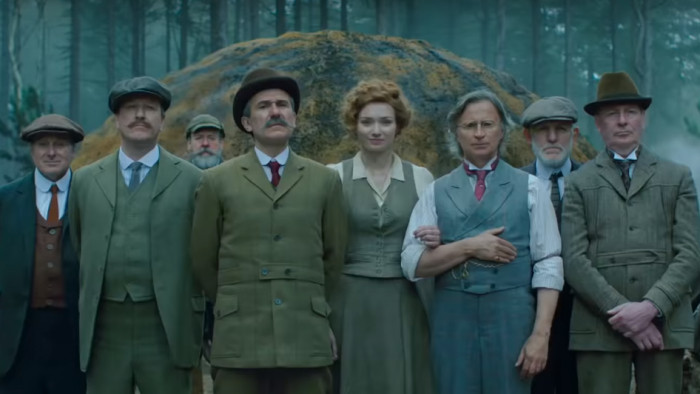 “Ladies and gentlemen, it seems that something has arrived in England.” Nothing could embody the ‘keep calm and carry on’ stiff upper lip of the Edwardian era quite like the opening line of BBC One’s new War of the Worlds series adaptation.

As the steely voice trails off, citizens look towards the sky to catch a glimpse of what they believe to be a shooting star - of course, we know otherwise.

Based on the renowned HG Wells novel, this long-awaited sci-fi release has been three years in the making and is set to air on BBC One this Autumn.

The intergalactic tale follows George (Spall) and his partner Amy (Tomlinson) who, alongside George’s elder brother Frederick and scientist Ogilvy, struggle to understand the magnitude of the oncoming threat. As the inconvenient alien invasion takes hold, the nation seems mildly put out as they prepare to battle earth’s newest all-powerful intruders with, erm, guns.

"The version of The War of the Worlds that I wanted to make is one that's faithful to the tone and the spirit of the book, but which also feels contemporary, surprising and full of shocks," writer Peter Harness has said of his new adaptation.

The trailer is the first peak of the forthcoming series since the BBC released snippets as part of their sizzle reel back in January 2019.

Needless to say, things aren’t looking good for planet earth. But if it’s any consolation, it does appear Harness has been true to his word, with a trailer that has us champing at the bit.