The fighter on his mental health struggles and future fighting goals 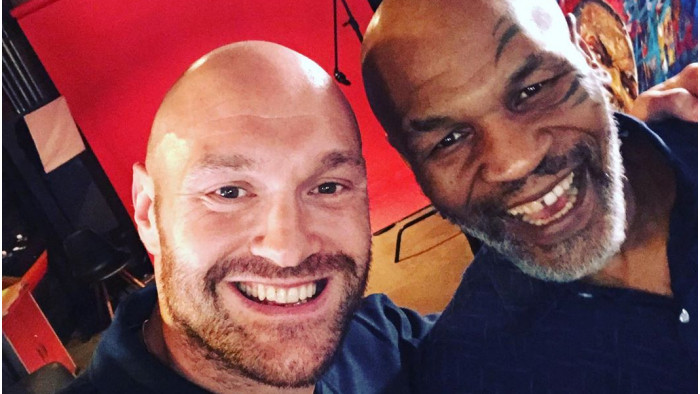 It’s well documented that Tyson Fury - the lineal heavyweight champion of the world - is a man who doesn’t mince his words.

His outspoken views have understandably ruffled more feathers than we care to count, while his confidence, it seems, remains at an all-time high.

“I don't feel pressure anymore,” Fury states. “When you've achieved everything in the game, there's no pressure anymore. The pressure for me is to find happiness on a daily basis.”

It’s a far cry from the Fury depicted in the pages of his new book, Behind The Mask: My Autobiography, in which the fighter opens up about his mental health battles and the suicide attempt which took place during his darkest hours.

“I hope more high-profile sports people come out in the open and get the help that they need. I receive messages on a daily basis from high profile sports athletes from all over the world asking for advice on mental health.”

It was his win against Italy’s Francesco Pianeta back in 2018 which marked his competitive return to the ring - a fight which has since been usurped by the historic draw against the USA’s Deontay Wilder.

“You can either get all fired up or you can quit - but the word quit doesn't exist in my vocabulary,” Fury asserts.

So, how exactly does a fighter like Fury get his head in the zone ahead of a bout like his upcoming February 22 rematch against the American?

“There are no conversations before a bout, we just wing it, basically,” he says. “My changing room is very weird compared to other fighters - it’s always full of people singing and dancing. Music is playing on full blast - we have a large playlist full of anything from hip-hop and R&B to Elvis Presley.”

2020 Wilder bouts aside, the fighter’s current list of boxing aspirations appears to be a little on the sparse side.

“I've got no regrets. I’ve achieved everything in the game. There's no more awards I could win.”

So what does an undefeated heavyweight world champion do when they feel they’ve achieved everything worth achieving? Try his hand at the other major combat sport, naturally.

“McGregor has offered to train me for an MMA fight, so that might be coming up soon in the future,” he states. “I like being an underdog because I’ve got more of a point to prove and it means more when you win.”

It turns out there’s also another bout-based fantasy taking up room on the boxer's future fight list.

“Hulk Hogan” he asserts. “He’s always been a massive hero of mine. So if he was a bit younger, y’know, and contracts didn't exist and we were in different sports then yeah, that’d be the one.”

Fury’s book, Behind The Mask: My Autobiography, is available from Amazon and all good bookshops now.