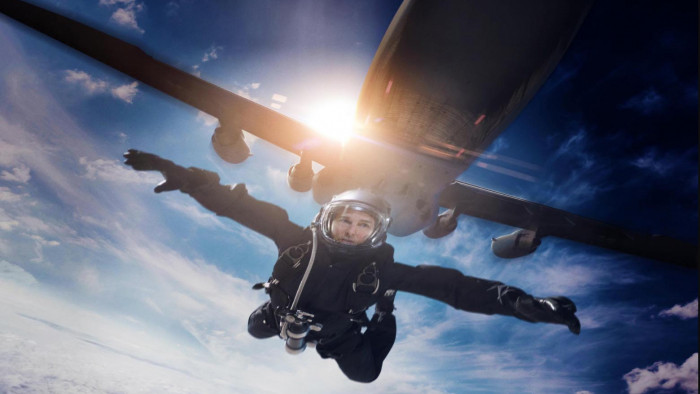 And now he is going to trump all that has gone before with filming his next movie in space. Yes, space - none of that green screen stuff that George Clooney and Sandra Bullock endured in Gravity, but actual space.

UPDATED: Deadline has revealed that none other than Doug Liman is set to film Tom Cruise in space. The director and actor are good friends, as well as both being pilots. Liman directed Cruise in the brilliant Edge of Tomorrow and American Made. It is thought that Liman has written a screenplay that is based on the International Space Station.

According to Deadline, Cruise will use Elon Musk's Space X to get himself there and the movie will be the first narrative piece made in conjunction with NASA.

While it's not been confirmed by Cruise and his cohorts, NASA retweeted Jim Bridenstine, an administrator at the space agency, who confirmed the movie was in the early stages of happening.

NASA is excited to work with @TomCruise on a film aboard the @Space_Station! We need popular media to inspire a new generation of engineers and scientists to make @NASA’s ambitious plans a reality. pic.twitter.com/CaPwfXtfUv
— Jim Bridenstine (@JimBridenstine) May 5, 2020

The tweet makes it sound like the movie will be some sort of recruitment driver for NASA. Whatever it ends up being, Cruise will be going where no other Hollywood actor has been before... Bridlington. Sorry, space.