Behold, here's the first look trailer for 'This Time with Alan Partridge' 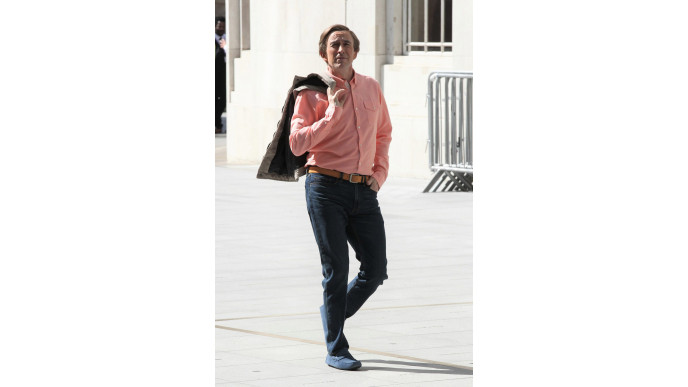 Alan Partridge’s triumphant return to BBC screens is getting closer and closer, with his The One Show-esque This Time With Alan Partridge hitting tellies near the end of this month.

Everything we’ve seen of it seems like it’s going to be fantastic. Look at this picture, of Coogan walking around, and try to imagine if there’s ever been a better actor in the world. How can a still image of a man walking get so much character across? It’s tantamount to magic.

The BBC has just revealed a sneak peek of This Time With Alan Partridge, and it’s appropriately excellent, featuring plenty of the “terrified, frozen look of frenzy” acting Coogan does better than anyone in the world.

Will “My mouth is dryyy” enter the public consciousness the way “Back of the net!” or “DAN!” did? Who knows, but we’ll find out soon.