The eazzzy way to get a good night’s sleep 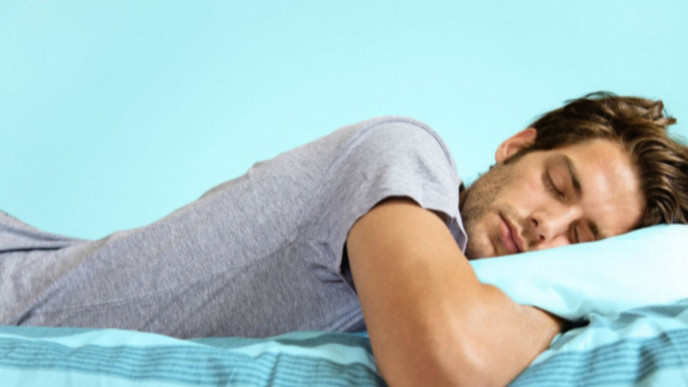 Getting a good night’s sleep can make or break your whole day. Ever slept on a lumpy mattress or not had enough pillows? Slept next to a heavy snorer or someone who sleep talks? Then you’ll know what we’re talking about.

But, it turns out, it’s not just factors like comfort, temperature or noise that can affect your sleep – the position you sleep in could also be a big contributing factor to how good a night you’re getting.

That’s according to a new study from The Sleep Judge. The study took in over 1000 surveyed participants aged between 18 to 77 – so a pretty broad range of people were involved.

And those with the best quality sleep? People who slept on their back.

Those who slept on their sides, curled up, were far more prevalent. But it turned out that 40% of them were having poor quality sleep – beaten only by those who sleep on their stomach.

As for couples, sleeping in the “distant spoon position” – spooning without touching, basically – proved it be the most restful position, whilst those who slept back to back had the worst night’s sleep.

So there we have it – a foolproof way to get a good night’s sleep. Now all you have to do is get your partner to stop snorting and snuffling in their sleep every night. Easy.