7 things that are funny about 'Ghost In The Shell': 2017's most serious film

Robots don't laugh, it turns out

Ghost In The Shell is quite good, actually. It looks beautiful, has wonderful CGI, exhilarating and ingenious action sequences, and a strong central performance from Scarlett Johansson as The Major – it’s certainly worth a watch. I enjoyed it.

However, Cuurrhrist is it po-faced – everything is soooo serious. There’s no room for humour in this very important meditation on the nature of the self – you know, the one told through the medium of naked kung-fu robots and giant spider tanks.

However, if you look really hard, there are laughs to be had – it’s not all doom and gloom. You can find them. I did, anyway, and here they are:

(Very minor spoilers ahead. Grow up)

First off, there is one moment in the film that is meant to be funny. Pilou Asbæk as Batou is sort of the comedy relief character, even though he doesn’t actually do anything funny for the majority of the film – I guess I looked at him this way because he’s quite tall and has funny robot eyes. The funny robot eyes are what give the film its only intentionally humorous moment: Batou makes a joke about having x-ray vision. That’s it really, but when the rest of the film is so dour, any joke is worth a laugh, even if it’s not a very good one.

2. The Major keeps jumping off buildings but you never find out how she lands

Seemingly, before each mission, Scarlett Johansson starts at the top of a very high building, before jumping off it. She jumps a fucking long way down, mate, and you never see how she lands. Then she’ll turn up somewhere else and she’s fine. Yeah it looks all cool and that, but how is she surviving all these death-leaps? She’s not invincible (as we clearly find out later in the film). Last time I saw someone jump from that height, it didn’t end well for her (it was in Tomb Raider when I used to do swan dives off cliffs on purpose FYI).

3. Michael Pitt does a Stephen Hawking impression for absolutely no reason

Pitt plays a scary bad guy cyborg thing – he looks great, but has inexplicably decided to do a full-on impression of Stephen Hawking’s voice. It’s entirely jarring and distracting – if you’re going to do a “robot voice”, make sure it doesn’t sound like one of the most famous voices on the planet. Not sure why nobody tried to stop him in rehearsals – who died and made him King of Stupid Accents? Tom Hardy is still alive.

There’s a snippet of it here, so you know what I mean:

4. There’s a bit where Scarjo storms off like a little kid after massively beating someone up

In one of the best scenes, The Major kicks some bloke’s arse while she’s invisible – it’s a great piece of creative fight choreography, but then tall, robot-eyed Batou turns up and tells her off. Then you see her stomp off into the background like a petulant child and I found it really funny for some reason.

5. “I wasn’t built to dance” is an actual line from the movie

There’s a bit where a bunch of sleazy businessmen have The Major trapped in a room with a pole in it and they’re trying to get her to do a striptease because they think she’s a sex-bot or something. So she says the line above then sodding belts the shit out of all of them. It is a line almost as bad as this:

6. “I will find him… and I will kill him” is an actual line from the movie

Clearly do not say that in any film for obvious Liam Neeson-related reasons.

7. The title comes up twice at the beginning

In fact, forget the last point. So it’s only six really.

WHAT I’M TRYING TO SAY IS GHOST IN THE SHELL IS VERY SERIOUS. You should still go and see it though, especially in the cinema – it’s one of the prettiest films I’ve seen in a long time. Also there’s an absolutely hilarious joke about x-ray vision in it. 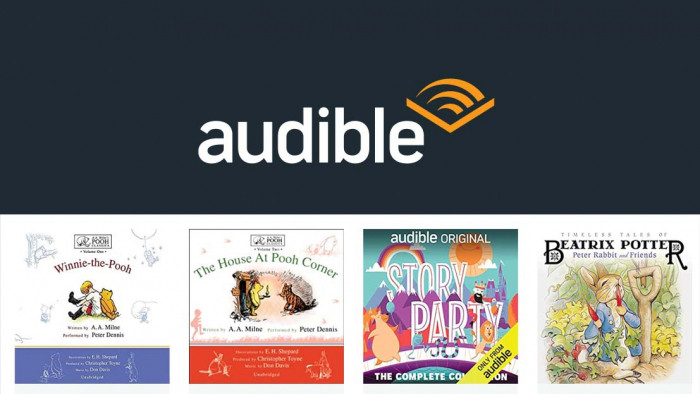 Keep the kids entertained with these children's audio books.
Books

Welcome to the future: a place where everything has gone very wrong, as the best dystopian novels show.