The Xbox Dashboard gets a major redesign but loses its voice

Bored of the dashboard 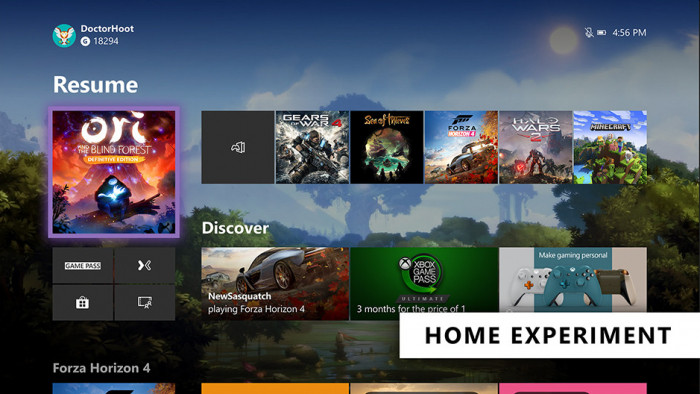 Microsoft has had another stab at the Xbox One dashboard, and it’s now available to Xbox Insiders for testing.

Sadly it’s not a return to the classic “Blades” design from the launch of the Xbox 360. But it is streamlined in a way that should hopefully be reasonably self explanatory when it arrives on your console.

The aim, according to Xbox Insider Team Lead Bradley Rossetti, is to “get you into your gaming experiences faster and keeping more of your content front and centre.” To that end, Microsoft has removed the Twists from the top of the Home section, and replaced them with buttons to let you boot up Game Pass, Mixer, Xbox Community and Microsoft Store faster.

Fans of Cortana – presumably they do exist – will be disappointed to learn that Microsoft’s virtual assistant will be axed as part of the redesign. Microsoft intends to move “from an on-console experience to cloud-based assistant experiences”. In other words, you won’t be able to chat to Cortana via your headset any more, and will instead use the Xbox skill for the Cortana app on your smartphone.

That doesn’t sound ideal for those that rely on voice commands for accessibility reasons, which is disappointing for a company that’s gone out of its way to make the console accessible. It’s Adaptive Controller was hailed was welcomed by disability campaigners and has been very well received.

Rossetti did say the company is open to feedback, so hopefully it will listen to feedback from those that rely on the feature. Being able to load the best Xbox One games quickly is certainly important, but not at the cost of cutting off other players.