Well, this is cool. Unnecessary but cool. 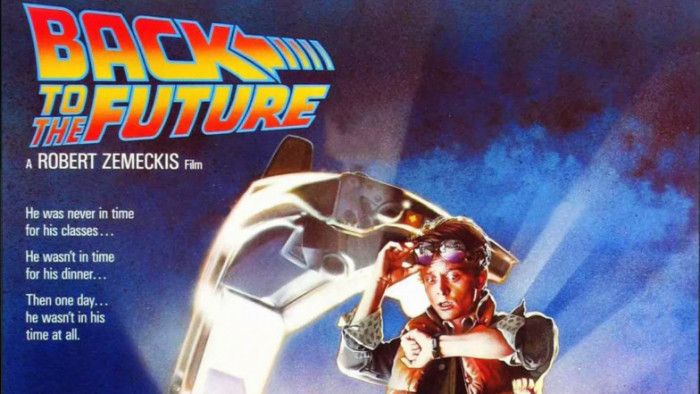 Back To The Future is the sort of movie that, once you pick away at its narrative thread, the whole things falls apart. There's a brilliant bit in Avengers: Endgame that tackles this exact premise with funny results.

But, honestly, who really cares? It's one of the greatest movies ever made, not an actual scientific paper on the rules of time travel.

Well, Bob Gale the writer of the classic film does, and he took to Twitter this week to try and explain just why Marty isn't recognised by his parents in the present, when he visited them in the past as a teenager called Calvin.

It all came about because of the 5 Perfect Movies thread on Twitter that's been doing the rounds. James Gunn, he of writing that Scooby Doo movie fame, noted that: "Back to the Future SEEMINGLY could be imperfect (why don't Mom and Dad remember Marty?), but I would still argue it's a perfect film..."

Back to the Future SEEMINGLY could be imperfect (why don't Mom and Dad remember Marty?), but I would still argue it's a perfect film because there are reasons why this could conceivably be the case (time protects itself from unraveling, etc). Or maybe I'm in denial. Who knows.
— James Gunn (@JamesGunn) April 21, 2020

Chris Pratt, he of being hit round the face with a keyboard in the movie Wanted fame, replied with: "Maybe they do remember him tho, not as Marty, as Calvin..."

Maybe they do remember him tho, not as Marty, as Calvin. When Marty returns to present day 1985, it could have been years since his parents would have perhaps originally noted the uncanny resemblance between their son and that kid from high school 20 years previous. #perfectmoviehttps://t.co/5S2q2rEtUU
— chris pratt (@prattprattpratt) April 22, 2020

Ooh, intriguing. But, then the master of BTTF himself, Bob Gale, chimed in with what has to be the definitive answer. He explained to Hollywood Reporter: "Bear in mind that George and Lorraine only knew Marty/Calvin for six days when they were 17... so, many years later, they still might remember that interesting kid who got them together on their first date.

"But I would ask anyone to think back on their own high school days and ask themselves how well they remember a kid who might have been at their school for even a semester. Or someone you went out with just one time," Gale said. "If you had no photo reference, after 25 years, you'd probably have just a hazy recollection."

There we have it. Gale using the crapnesss of human memory there to explain a plothole that's been bugging film pedants for years.

That will definitely stop them in their tracks...

Thanks to IGN for pointing this thread out and, quite rightly, Back To The Future is pride and place in our best 80s movies list.