Songs about the darker side of love. 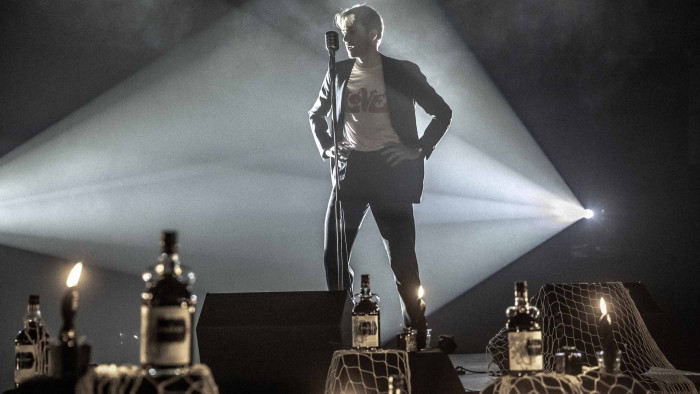 It’s amazing what a year does. Before Covid-19, when you Googled vaccines, what you would get was news about the shot in the arm The Vaccines has given to indie rock. Now, it’s just about shots in the arm.

It’s all rather depressing really, which fits the mood perfectly for the love songs Vaccines’ frontman Justin Young has chosen for ShortList to listen to this Valentine’s Day.

While most of us are happy that we have made it out of bed in lockdown, Young has been rather busy of late. He has reworked a new version of the traditional sea shanty ‘My Jolly Sailor’ and because he can’t sing to a live audience right now, he’s done the next best thing… performed it in front of 100 Kraken rum cocktails at The Troxy, in East London.

The idea being that he’s infused these with his voice and they’ve been bottled up and to be given to 100 lucky fans. Seriously, check out the video for yourself.

If that has gotten you in the mood for music, then here are 5 songs chosen by Young - and, in his own words, the reasons why - that will make your Valentine’s Day, well, dark…

“The best song ever about being jilted at the altar?”

“‘Someone came and took Camille away today' is as heartbreaking opening as you're gonna get in a song.”

“I recently rediscovered this song after playing it to death years ago. Bob Lind is in love with someone else's girlfriend and is asking her if he can have just one day with her. Maybe a little dated thematically, maybe really romantic…I can’t really tell.”

“This is the ultimate dreams versus reality song. I love how vivid the yearning and projections are in this song. Mushaboom is a love song, but it's directed at an idea and not a person.”