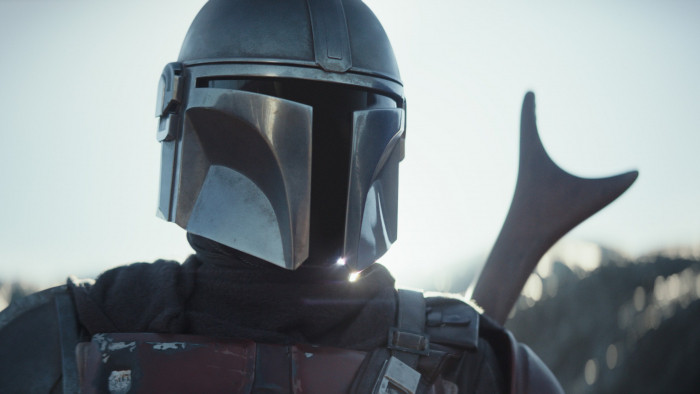 It's been mere hours since Disney Plus launched stateside and the first reviews of Star Wars’ new live-action series The Mandalorian are already emerging.

The feedback comes as many Star Wars fans based in the UK hit back at the streaming platform following news that the wait to view the series on this side of the Atlantic would continue well into 2020 (31 March to be precise).

Some frustrated UK fans (stroke comic geniuses) have even taken to contacting the service in order to ask them for illegal streaming links - y'kow, given the wait.

@disneyplus Hi. Can you recommend any good sites for illegally downloading The Mandalorian? I was looking forward to being a subscriber but as you don't give a shit about us in the UK and as there will be no point subscribing for old material, I thought you might help.
— JT (@JimboTheorist) November 5, 2019

When it comes to the official first episode verdict, The Telegraph was straight out of the blocks, describing the offering as “gritty, ridiculously fun scene-setter,” awarding it a solid four stars.

It’s also worth noting that a host of big names have taken up the director’s baton as part of the series, with Taika Waititi, Rick Famuyiwa and Bryce Dallas Howard all having directed individual episodes.

Similarly, Vanity Fair went on to talk about the twist that many fans had been warned about by the show’s writers.

“We have to start at the end. A major surprise was rumored, and writer-creator Jon Favreau (Iron Man) and director Dave Filoni (The Clone Wars, Rebels) delivered the most adorable shocker possible,” notes writer Anthony Breznican.

“The journey is just getting started. But one of the most intriguing characters is the Armorer, a female Mandalorian voiced by Emily Swallow (The Mentalist, Supernatural).”

“Another fun character actor gets a moment to shine: former MMA fighter Tait Fletcher, a thug taken out by Keanu Reeves in John Wick and the handlebar-mustached white supremacist from Breaking Bad, is the ‘Alpha Trawler’,” Breznican writes.

Twitter has also been abuzz with reviews and spoiler alerts.

I have seen episode 1 of The Mandalorian. And it is very, very good. That ending! That action! That humor! That music! That we get 7 more hours of this in the next few weeks? Truly a gift. #TheMandalorian#DisneyPluspic.twitter.com/nC8S6A29A3
— Germain Lussier (@GermainLussier) November 12, 2019

As noted by Vanity Fair, there’s been much talk of the cliffhanger at the end of the first episode, with countless Twitter users expressing their desire to know more through the medium of GIF.

For those who don’t know much about the series, The Mandalorian is set five years after the events of Return of the Jedi but, more importantly, before the latest sequel films.

Those not wanting to know the plot synopsis should look away now.

The synopsis of the first episode reads: “After the stories of Jango and Boba Fett, another warrior emerges in the Star Wars universe.

“The Mandalorian is set after the fall of the Empire and before the emergence of the First Order. We follow the travails of a lone gunfighter in the outer reaches of the galaxy far from the authority of the New Republic.”

So, if you’re still desperate to watch it for yourself, we’re afraid you’ll have to wait until March for the UK launch.