Mini Ross and Rachel were on a brick! 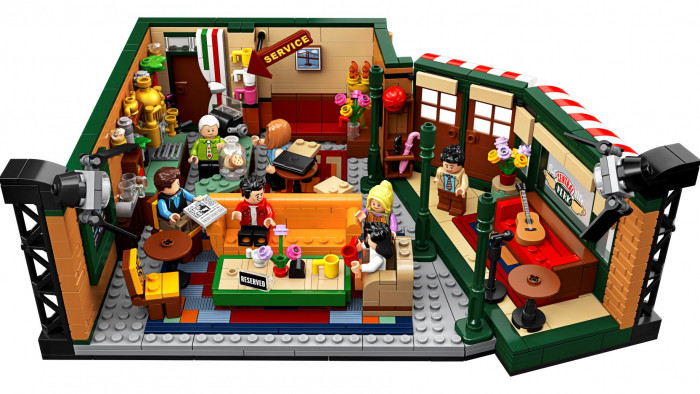 Picture the scene: your Lego collection has reached maximum levels. You've bought up all the Star Wars configurations you can, every Harry Potter set is snapped up and that James Bond Aston Martin is looking lovely and shiny on your shelf.

But there's something missing: a certain 90s TV show-shaped hole that just needs filling. Well, you are in luck as Lego has only gone and recreated Central Perk and the Friends crew in brick form.

And if you think this is a ridiculous idea then you have only got yourself to blame as this came from the Lego Ideas side of the business, where ideas for sets are submitted by fans.

The set has been made to coincide with the show's 25th anniversary and includes seven all-new Lego Minifigures (Ross Geller, Rachel Green, Chandler Bing, Monica Geller, Joey Tribbiani, Phoebe Buffay and Gunther), the famous couch of Central Perk and you can also recreate the stage where Phoebe Buffay performed Smelly Cat.

In total, there are 1,079 Lego bits to lose down your real-life couch, or stand on.

The Friends Lego set is available in Lego stores and shop.LEGO.com right now and should ease the pain of one of the best Netflix TV shows leaving the service.